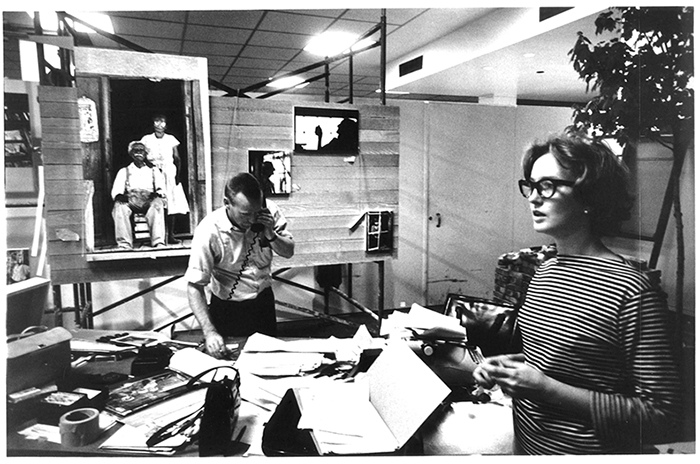 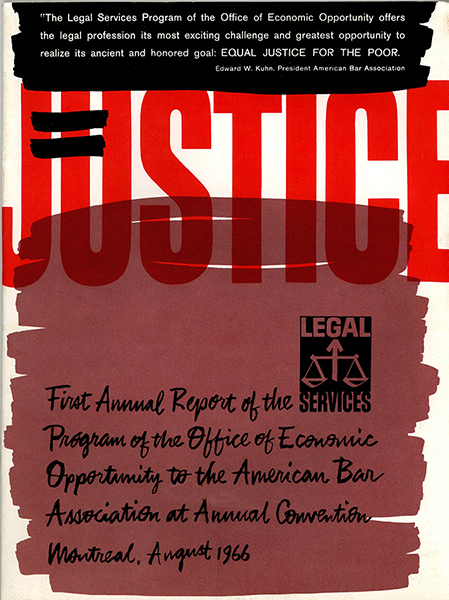 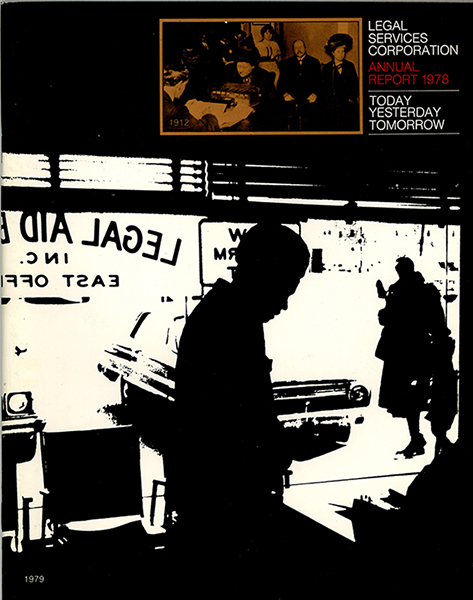 Available upon request at the NEJL. 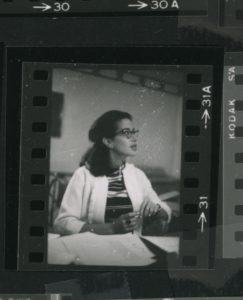 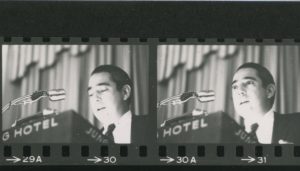 We are hoping to identify the speakers featured in these contact sheets from the 1968 Conference on Welfare Law, held at the Jung Hotel in New Orleans, Louisiana, September 27-28, 1968.

If you can identify one or more of the people in the photographs, please email or call the NEJL Archivist: 202-662-4043. Or email: kh781@law.georgetown.edu.

The photographs are from the National Institute for Education in Law and Poverty (NIELP) collection, which Thomas Buckley donated to the NEJL.

The historical materials from the National Institute for Education in Law and Poverty (NIELP), which Thomas Buckley donated to the NEJL this spring, include a number of interesting photographs from NIELP sponsored conferences from the late 1960s.

We are asking for your help with identifying the speakers featured in these photographs, and will be regularly posting different photographs on this blog. If you can identify one or more of the people in the photographs, please email or call the NEJL Archivist: 202-662-4043. Or email: kh781@law.georgetown.edu.

Below is the first photo from the 1968 Conference on Welfare Law, held at George Washington University, National Law Center, Washington, DC, May 9-11, 1968.

It is possible that the photo documents a panel about: Welfare Rights Organizations and Group Representation. 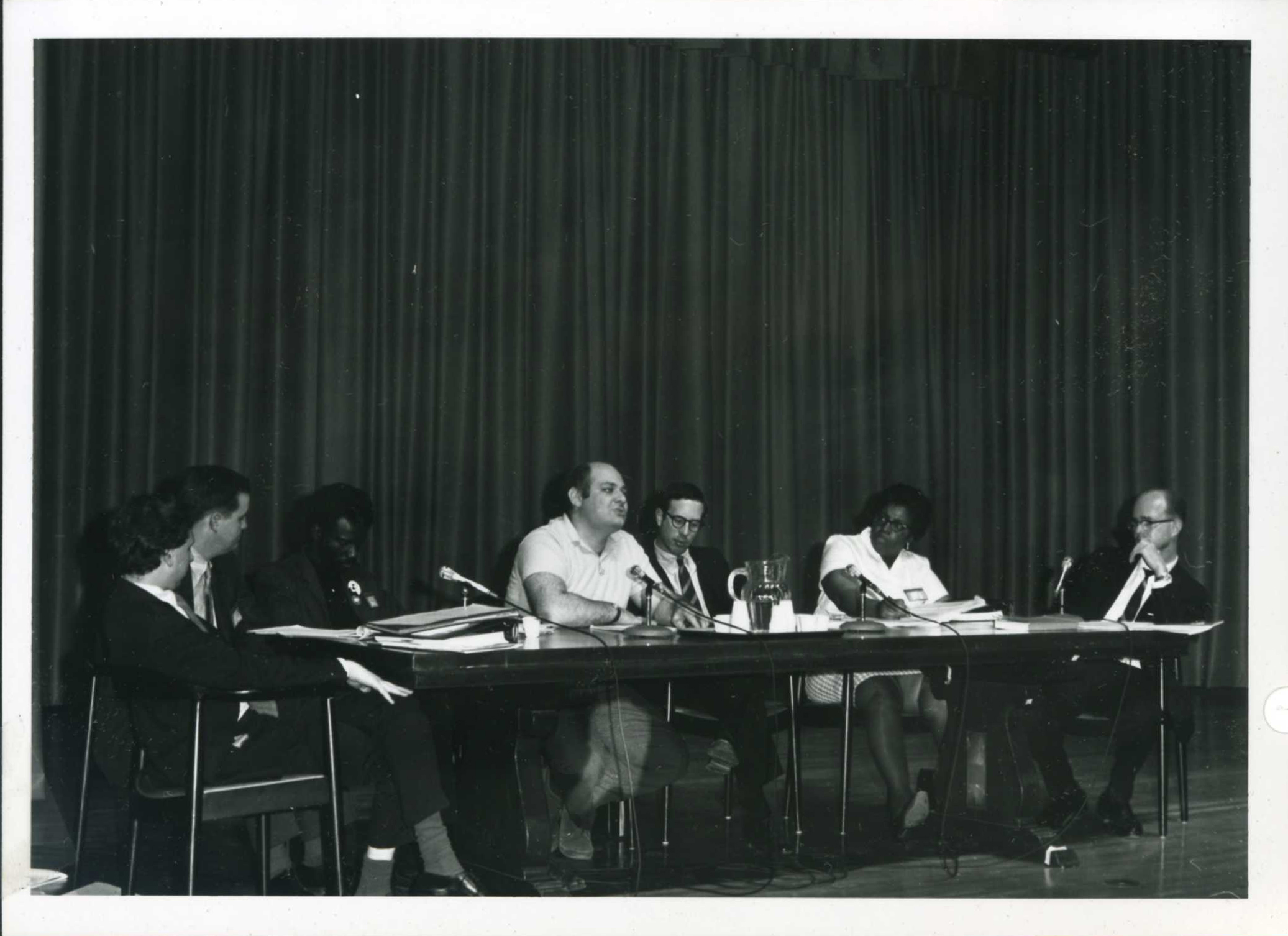 Thank you for your help!

Defender Office Management in the Bronze Age of Computers: The NLADA Management Information Systems Feasibility Study and the AMICUS System

Earlier this year, Bob Nichols contacted the NLADA, and inquired about the possibility of donating his materials related to his work on management information systems in defender offices. The materials, which he subsequently donated to the NEJL and the NLADA, are as interesting as are the stories he has to tell about his work as the MIS Project manager from 1978-1982. Nichols had worked as a systems analyst, computer programmer, and technical writer for IBM before going to law school. In 1978, fresh out of Georgetown Law and looking for work, he was connected with Howard Eisenberg, who was then the director of the Defender Division of the NLADA. Eisenberg, coincidentally, was looking for someone who could direct a feasibility study for management information systems. Nichols, who had taken the Criminal Justice Clinic during law school, was the perfect match – his combination of knowledge about criminal justice and computer system development was truly unique. 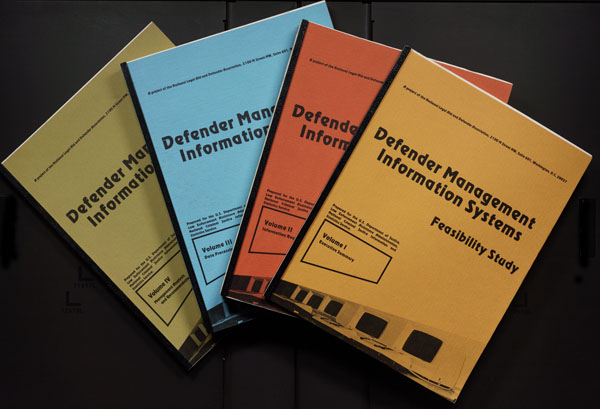 The feasibility study was made possible through a grant from the Law Enforcement Assistance Administration (LEAA). The goal was to study the feasibility of computer-assisted management information systems for public defender offices across the United States, modelled after the pioneering PROMIS (Prosecutor Management Information System) computer system, which had been funded by the LEAA. The aim was to develop a – possibly automated — management system that could help defender offices with case-tracking and statistics management. The focus on management tools signaled “the entrance of the defender movement into its second generation,” wrote Eisenberg in the foreword to the study, published in 1979 (foreword, DMIS, vol. 1). After the right to counsel for indigent defendants was established, it became increasingly important to find ways to ensure quality representation and good management in defender offices.

These were still the days before the widespread introduction of personal computers, which became ubiquitous in offices a few years later. 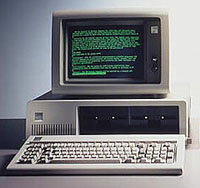 At the time, there were only three types of computers available: big mainframe computers (“the size of an automobile to the size of a moving van”, explained Nichols), smaller, less powerful, minicomputers, or even smaller microcomputers, which were more specialized in application. Due to the costs and expertise that was required to set up computer systems, the NLADA approached the study with some initial skepticism – was it really necessary to introduce expensive, automated, management systems, if so many defender offices were barely able to sustain their basic operations with their budgets? However, as their work on the study progressed, it became obvious to the NLADA team under Nichols that many defender offices could benefit from a system or set of tools that supported the staff with managing their workflow, such as case-tracking sheets, statistic gathering tools, or calendars. The study was based on 36 in-depth telephone interviews with defender offices, as well as in-depth surveys with five selected offices, which included on-site visits. The results of the survey, which includes very informative descriptions of the operations and workload of the selected defender offices and systems (for example the Public Defender’s Office in San Francisco, and the defender system in the State of Wisconsin), are included in the four volume MIS feasibility study report.

One of the consequences of the study was the development of a manual management information system for public defender offices with a subsequent grant from the Bureau of Justice Statistics, the AMICUS System, which was the first of its kind produced in the United States. The AMICUS system presented a method and tools to gather data necessary to operate defender offices, including case-tracking forms and calendars. Nichols, who again served as the Project Director, traveled to numerous defender offices and helped implement the system. Subsequently, the system was widely adopted in defender offices across the U.S. 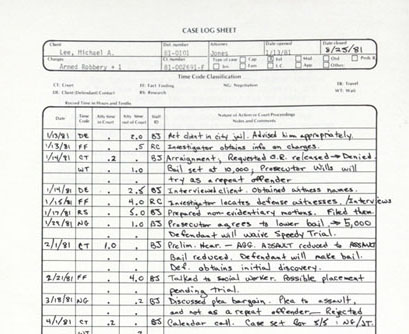 The carefully designed and meticulously documented study, published in 1979, remains a fascinating historical document from the Bronze Age of computers. Nichols, a skilled technical writer, was the principal author, ensuring that even the more technical parts dealing with automation were comprehensible for readers with no background in computer engineering. The statistical information and detailed descriptions of defender offices offer valuable historical background information about the operations of defender offices at the time. Last but not least, the study offers a valuable lesson, which continues to resonate today: all too often, the introduction of generic software applications drive office operations and staff needs. A more intelligent approach, however, starts with a careful analysis of the underlying office and staff needs BEFORE introducing the tools to support their work. The MIS feasibility study still serves as a model of such an analysis. 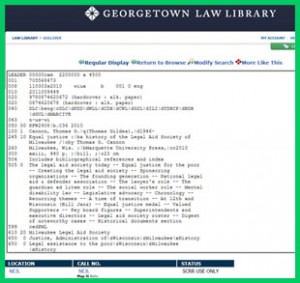 1. Earl Johnson Jr. To Establish Justice for All: The Past and Future of Civil Legal Aid in the United States. 3 Volumes. Praeger, 2013.