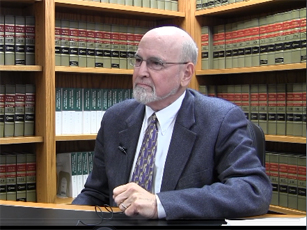 Henry Freedman retired in 2014 after serving as the Executive Director of the National Center for Law and Economic Justice in New York City for more than four decades. In this interview, which Alan Houseman conducted as part of the NEJL oral history project in October of 2013, Henry Freedman recalls his career at the Center, while reflecting on the development of the legal services movement in the United States. Freedman began his career with the Center on Social Welfare Policy and the Law – which had been established by Ed Sparer at Columbia University in 1965 – in 1967, as a Reginald Heber Smith fellow, and continued on the staff until 1970. After teaching at Catholic University, he returned as the Center’s executive director in 1971. The NCLEJ has been a pioneer legal services organization — first as a model “national support center” for legal services lawyers, then launching a high impact litigation program to protect Medicaid, food stamps and cash assistance for low-income families, and later introducing disability rights law into the area of public benefits.

Freedman has chaired the Committee on Legal Assistance of the Association of the Bar of the City of New York; he was in the first class of Reginald Heber Smith fellows; and chaired the Organization of Legal Services Back-up Centers. His awards include the NLADA’s Reginald Heber Smith Award for Dedicated Service and the New York State Bar Association’s Public Interest Law Award. Freedman is a 1962 graduate of Amherst College and 1965 graduate of Yale Law School where he served as president of the Legal Aid Association.

The NEJL collections also include the Henry Freedman papers (NEJL 014).