The family of New Hampshire civil rights attorney Peter S. Smith has generously donated Mr. Smith’s papers to the National Equal Justice Library. Peter S. Smith passed away earlier this year. After graduating from Cornell University Law School in 1963, he joined the Appeals and Research Section of the Civil Rights Division, where he assisted in the preparation and defense of the Civil Rights Act of 1964 and the Voting Rights Act of 1965. In 1966, Smith was hired as an attorney for the Neighborhood Legal Services Program of Washington, D.C. In 1968, Smith was one of the legal services lawyers working on Shapiro v. Thompson, and he argued the case for the four appellees in No. 33 on the original argument. 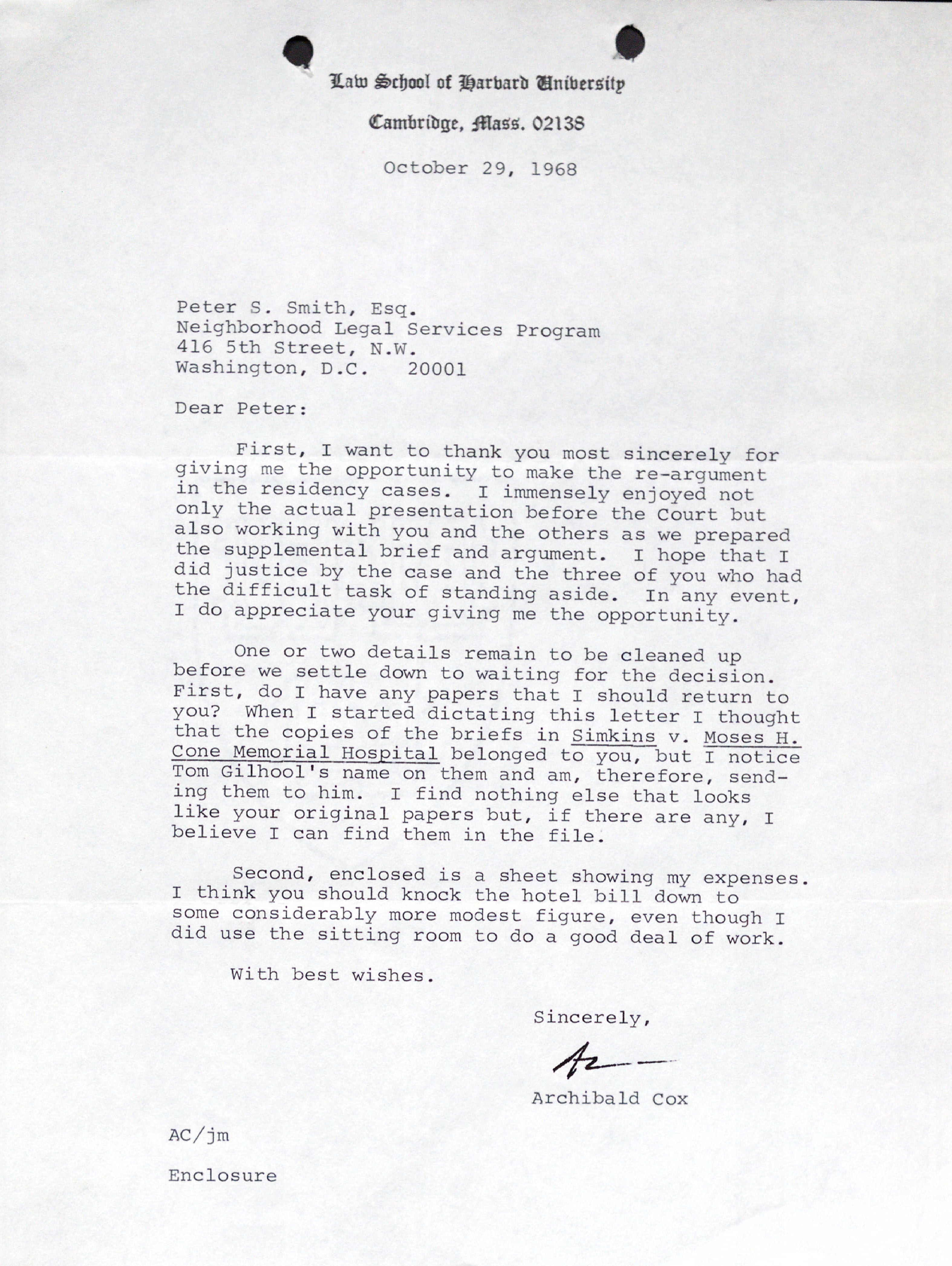 In 1969, Mr. Smith was hired by Piper & Marbury to establish and direct an inner-city branch office of the law firm whose practice was devoted exclusively to helping the poor. It was the first law firm in the nation to launch such a program. Mr. Smith joined the faculty of the University of Maryland Law School in 1972, where he created one of the first clinical legal education programs in the U.S. In 1990, Mr. Smith and his family returned to his childhood home in Durham, N.H., where he continued practicing special education law and represented children with disabilities as a solo practitioner until retiring last year.

The papers include background materials and unique correspondence with Howard Westwood and Archibald Cox related to Shapiro v. Thompson 394 U.S. 618 (1969).

An inventory and finding aid are currently being prepared.

A new exhibition in the atrium of Georgetown Law Library highlights the beginnings of the OEO Legal Services Program, with a specific focus on the DC Neighborhood Legal Services Project as one of the pioneering programs funded by the OEO. The exhibition is featuring the Clinton Bamberger Papers, the Jean and Edgar Cahn Papers, the Gary Bellow Collection, and the Earl Johnson Jr. papers.

(Cross-posted from the Poverty Law blog.)