Civil legal assistance for poor people in the United States followed several traditions. In the aftermath of the Civil War, the Freedman’s Bureau had provided legal assistance to liberated slaves and poor whites in the South. The first legal aid society was established in New York City in 1876, the Legal Aid Society of New York, a private and charitable program created largely by lawyers. 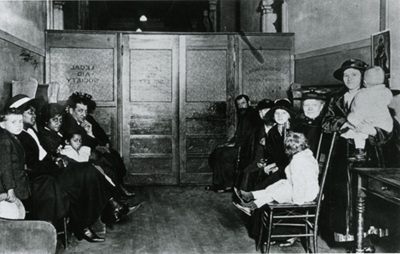 In the following decades, the legal aid movement caught on in the urban areas of the United States. By 1965, virtually every major city had some kind of program. Nearly three hundred (300) organizations employed over 400 full-time lawyers with an aggregate budget of nearly $5.3 million (or approximately $40 million in 2015 dollars).

The world of legal aid was heterogeneous. There was of course no national program. Many legal aid programs were private corporations. Others were parts of bar associations, relying primarily on donated time of lawyers. Some were part of governmental units, usually municipalities. Some were part of other social agencies.

There were some common characteristics. First and foremost, the resources were impossibly inadequate.   Partially because of limited resources and a high number of eligible clients, legal aid generally gave perfunctory service to a high volume of clients. Going to court was rare. Appeals were virtually nonexistent. Administrative representation, lobbying, and community legal educations were not contemplated. Legal aid had little effect on those it served and no effect on the client population as a whole. As a practical matter there was no poverty law before 1965. For example, although many legal aid clients received public assistance, no effort was made to challenge questionable policies adopted by agencies providing such assistance – i.e., no “welfare law” had been developed. Similarly, much what we know as “housing law,” “consumer law,” “health law,” and the like did not exist. 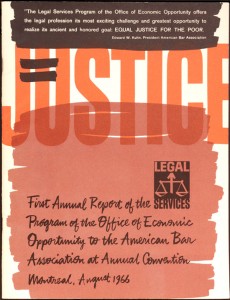 The federal Legal Services Program began in the Office of Economic Opportunity in 1965. OEO created a unique structure, building on the civil legal aid model and on the demonstration projects at New Haven, New York, Boston and Washington, DC funded by the Ford Foundation in the early 60s. The architects of the new federal program recognized that civil legal assistance did not exist in many parts of the country and realized two fundamental propositions: First, that “something new” was needed—well-funded legal aid would not do. Second, the architects realized that the law could be used as an instrument for orderly and constructive social change as was being done by lawyers for the civil rights and civil liberties movements. 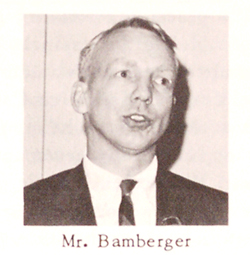 Clint Bamberger, the first director of the Legal Services Program, told the annual meeting of the National Legal Aid and Defender Association in 1965 that “Lawyers must be activists to leave a contribution to society. The law is more than a control; it is an instrument for social change. The role of [the] OEO program is to provide the means within the democratic process for the law and lawyers to release the bonds which imprison people in poverty, to marshal the forces of law to combat the causes and effects of poverty. Each day, I ask myself, how will lawyers representing poor people defeat the cycle of poverty?” A year later, Bamberger told the National Conference of Bar Presidents: “We cannot be content with the creation of systems of rendering free legal assistance to all the people who need but cannot afford a lawyer’s advice. This program must contribute to the success of the War on Poverty. Our responsibility is to marshal the forces of law and the strength of lawyers to combat the causes and effect of poverty. Lawyers must uncover the legal causes of poverty, remodel the system which generates the cycle of poverty and design new social, legal and political tools and vehicles to move poor people from deprivation, depression, and despair to opportunity, hope and ambition.” 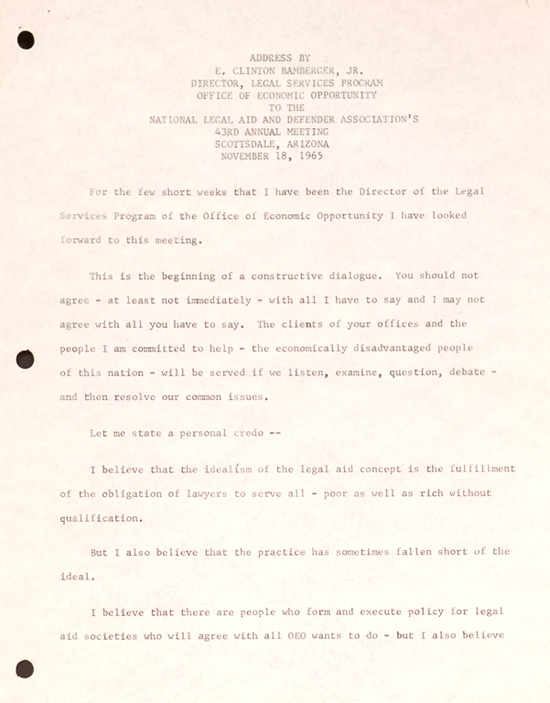 OEO also funded full-service providers, each serving one geographic area, which had the obligation to ensure access of all clients and client groups to the legal system. The only national earmarking of funds within the OEO Office of Legal Services was for Native Americans and migrant farm workers, for which OEO created separate funding and a somewhat separate delivery system. It was expected that funding would continue for each provider unless they substantially failed to provide service or abide by the requirements of the Act.   OEO also developed a unique infrastructure —found nowhere else in the world—that, through national and state support, training programs and a national clearinghouse, provided both leadership and support on substantive poverty law issues. State and national support centers also engaged in major litigation and undertook representation before State and Federal legislative and administrative bodies.

Alan Houseman and Linda Perle. Securing Equal Justice for All: A Brief History of Civil Legal Assistance in the United States. Washington, DC: CLASP Publication 2003; rev. 2007 and 2013. Online at: http://www.clasp.org/resources-and-publications/publication-1/Securing-Equal-Justice-for-All-2013-Revision.pdf

Earl Johnson’s 2014 articles on this blog on the history of the federal legal services program:

* Fifty Years Ago on January 8th, America Declared a War on Poverty — Without Mentioning the Denial of Justice to the Poverty Population

* JOHNSON’S CHOICE OF SHRIVER TO HEAD THE WAR ON POVERTY