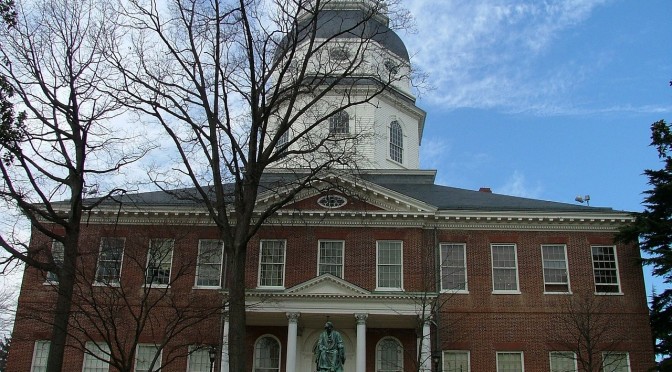 Written testimony from Dr. G Kevin Donovan at a joint hearing of the House Health & Government Operations Committee and the Judiciary Committee of Maryland on February 19, 2016, regarding the proposed end-of-life bill.

Thank you for the opportunity to address this proposed legislation. I am Dr. Kevin Donovan, a physician, and the director of the Pellegrino Center for Clinical Bioethics at Georgetown University Medical School. Much of my work in the hospital setting involves consultation on patients who are nearing the end of their lives, so I have a real interest in this bill.

You will hear from others about the problems that have arisen in identical bills. You will hear about the dangers it can cause to patients, particularly the disabled or chronically ill, to the medical profession, and society at large. So I will not tell you about these things. I will tell you that I oppose this bill for two reasons: it is discriminatory, not progressive, but it is deceitful.

Okay, what are we talking about? Aren’t progressive people in favor of this bill? Perhaps some are, but if they look deeply into it, they shouldn’t be. Years ago, Sen. Hubert Humphrey said the real worth of any society can be found in the way that it cares for its most vulnerable members. That would be progressive, but we live in a society that increasingly worships autonomy, freedom, and productivity, and pushes those that don’t fit the picture to the margins. Therefore, it should come as no surprise that marginalized people, the poor, blacks, Latinos, and virtually every disability rights group are afraid of this bill. It creates by law a class of people whose lives no longer should be preserved. Of course, creating separate classes of people is discriminatory, but isn’t that what the supporters of this bill want? Yes, and we should look and see who are the supporters of this bill. It is favored by the same classes of people that have taken advantage of it in places like Oregon. Who’s the typical proponent, and patient? As published statistics show, the typical patient is a white male, usually with cancer, educated and financially comfortable. This is someone who is used to thinking that they are in control, and want to maintain the illusion of control near the end their lives. And make no mistake – the data from the Oregon health department makes it clear that this is not an issue of avoiding pain. The stated reasons for seeking a fatal prescription are primarily loss of autonomy, loss of ability to engage in enjoyable activities, or fear of being a burden to others. Pain is low on the list, because with good palliative care, pain is controllable. We’ve just described legislation that would favor the white elite, not the sort of thing that progressives usually want to get behind. And as one commentator asked, “Is anyone ashamed that we live in a culture where people believe that if they aren’t autonomous, or might be a burden on others, that they should ingest drugs and die?” I would think that Maryland should be ashamed of promoting assisted suicide for patients before palliative care is universally available?

Okay, if this bill is discriminatory not progressive, why should it be seen as deceitful? First of all, our antenna should always go up when people start using euphemisms. What started out as a movement for physician assisted suicide became physician assisted death, and now just wants to be thought of as death with dignity. Really? This can’t be the only path to dignity, and it clearly is suicide that we’re talking about. After all, the Center for Disease Control defines suicide as, and I quote “Death caused by self-directed injurious behavior with an intent to die.” What we’re talking about in this bill is clearly suicide, whether or not we’re allowed to put that on the death certificate, and by the way suicide is already legal. And when we talk about the protections in this bill, we’re not being entirely forthright either. The ones who are really being protected are the physicians, once again, members of the power elite. We may say we are placing restrictions for the patients involved, but that’s not entirely true, because they’re not entirely coherent. After all, once we redefine supporting or encouraging a patient’s death as a good thing, how can we defend limiting that benefit, that good thing, to only those who will be dead in six months? Why not 12 months? Why only terminal illness – why not suffering from chronic disease? Why only assisted suicide? What if the patient can’t lift the toxic mixture to their lips – shouldn’t someone else be able to give them a lethal dose? Shouldn’t we be willing to end the suffering in this way, even if you’re under 18, even if you’re only a child? Proponents will say that this is not what the bill says, nor what they intend, but this is the natural, logical, and really inevitable result of this redefinition of death as a medical treatment. In fact, this has already happened in Belgium and the Netherlands, countries that have been doing this longer than we have.

Finally, this brings us to an area which make legislators truly sit up and take notice: it is just not good public policy. Suggesting that suicide or euthanasia, are legitimate tools of the state is frightening. Throughout history, we have learned that granting the state legal authority to kill innocent individuals has had dreadful consequences. In Maryland, if you are convicted murderer and in no way innocent, you would be protected from the killing power of the state. Why would we want to turn that power to kill on our patients with their physicians help? A Dutch cardiologist, who has experience with this in his own country, recently stated, “the fundamental question about this is whether it is a libertarian movement for human freedom and the right of choice, or an aggressive drive to exterminate the weak, the old, and the different – this question can now be answered. It is both.“ I have no doubt that some patients with great independence will choose an early death at the end of their lives. They should not be judged, they should never be prosecuted for the attempt. As a society, we should be offering patients loving support until the very end. We shouldn’t change the law in a way that might encourage their deaths, we shouldn’t take their hands and lead them towards that, and certainly shouldn’t make them feel that they are being subtly pushed into it. The sick, the vulnerable, the suffering and dying deserve so much better, and a truly caring society will provide them with no less.

” On March 4, the bill SB 418 was withdrawn by its sponsor Senator Ron Young for lack of supporting votes, killing it for the legislative year.”

Connect with PCCB for news on upcoming events and publications: