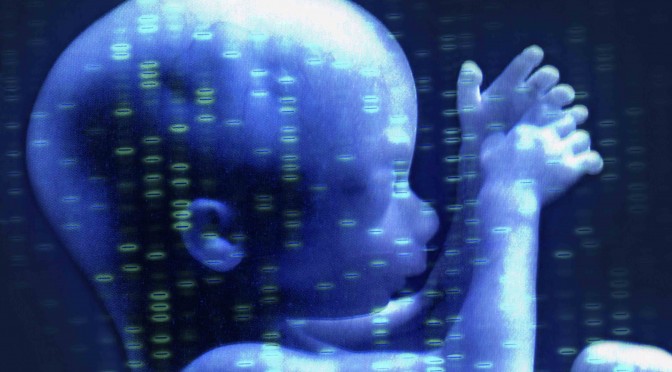 In February 2016, it was reported that the Human Fertilization and Embryology Authority (HFEA) granted limited permission for researchers in the UK to genetically modify human embryos, with the hope of elucidating which genes are necessary for successful embryological development. Although Dr. Kathy Niakan and her team at the Francis Crick Institute are only allowed to use the embryos for 14 days, and may not implant a modified embryo in the womb, this permission crossed a frontier in genetic research. It was the first time human embryonic genetic modification had been authorized. This followed the publication of the controversial paper by Liang, et al. (2015) that detailed the researchers’ attempt to modify genes that cause β-thalassaemia in non-viable human embryos using the gene-editing technique, CRISPR. The paper, published in April 2015, kicked off a heated ethical debate.

Now, Frederik Lanner at the Karolinska Institute in Sweden, who got the go-ahead on a project that will also involve gene editing in human embryos, is making preparations to begin those experiments. Earlier this month, it was also reported that another team in China, led by Yong Fan, attempted to use CRISPR to generate HIV-resistant human embryos via the introduction of precise genetic modifications. While this project involved non-viable embryos, much like the research conducted by Liang, et al., “the purpose of this study was to evaluate the technology and establish principles for the introduction of precise genetic modifications in early human embryos.” The ethics committee of Guangzhou Medical University in China approved Fan’s work, and has reported that it has since approved two more similar projects.

The rapid rate of investment of both time and money in new projects involving gene editing and CRISPR makes it clear why the novel gene-editing technique was named Science’s “2015 Breakthrough of the Year.” Indeed, the technique and the research it facilitates have the potential to lead not only to treatments, but also to the elimination of some genetic mutations from the human genome altogether. Other novel biotechnologies, such as next-generation sequencing (NGS), have contributed to the revolution in gene-editing, making sequencing of the genome faster and cheaper than ever before. Clearly, these new technologies are altering, and will alter, medicine in ways that were science fiction only a few years ago.

Scientists have hailed the advancement of these projects with enthusiasm, convinced that the recent approval of the human embryo gene-editing research by funding agencies and IRBs is indicative of wider societal approval. Lanner, for instance, is hopeful that his work will be received with more optimism and less heated debate than the paper by Liang, et al. published just a year ago. At the same time, it is worth nothing that many of the ethical and practical questions, which made and continue to make the genome-editing debate controversial, remain unanswered:

Who should guide the potential impacts of these developments in clinical practice and in broader society?  What applications are ethically permissible?  Who will own these new technologies and the information resultant from their use? How should we regulate and oversee the technology in a way that such advances in science are not prioritized at the expense of public health or to the disadvantage of the poor or marginalized?

We argue that experts in research, medicine, industry, and policy currently dominate and guide the conversation about R&D and regulation of gene-editing technology – leaving it up to the “experts” to answer the aforementioned questions of ethical and practical importance. But one might also ask, do the “experts” have the appropriate knowledge to know what is in the public’s best interest? What is the “appropriate” or relevant knowledge to make such a judgment? Are we moving forward with these projects because we have answered those questions?

CRISPR, NGS, and many other biotechnologies are all pieces of the broader discussion regarding what the future of science, medicine, and society will look like.  The outcomes of such a discussion may affect our conceptualizations of “disease” and what it means to be a “normal” human being – things that impact every human in society, not just a gathering of experts from a particular social stratum. By restricting the debate to only the “experts” or those who have a vested interest in the technology, society risks maintaining the status quo, or worse, exacerbating existing socioeconomic and health inequalities that disproportionately affect marginalized communities. 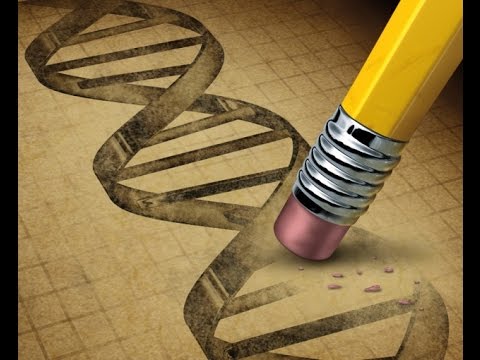 Many scientists and policymakers have recognized that we are at a pivotal moment in research and health care.  They acknowledge the benefits of collaboration and communication in the effort to achieve improved health.  The FDA, for instance, launched precisionFDA, an online portal that enables “scientists from industry, academia, government and other partners to come together to foster innovation and develop the science behind…[NGS].”

With CRISPR, the international research community was prompted by growing ethical concerns to host the International Summit on Human Gene Editing in Washington, DC in December 2015.  The summit brought together experts from across disciplines and continents charged with the task of discussing the “scientific, ethical, and governance issues” central to the debate on human gene-editing research. That the scientific community organized the conference suggests that it recognizes the need to incorporate a variety of perspectives in the debate. But, recognition alone is insufficient to ensure that such diverse interests are represented in the resulting policy recommendations.

At the conclusion of the summit, Chair of the Organizing Committee, David Baltimore, proposed guidelines for regulating human gene-editing research. The guidelines, however, were crafted to reflect the perspectives of scientists and academics, along with a few members of the general public who were invited and present. The guidelines lacked input from other public groups for whom human genome editing could have many implications. Unfortunately, the inadequate model of “public engagement” employed at the Summit is actually quite common across science policy issues.

Dr. Ruha Benjamin, Princeton University professor and author of People’s Science: Bodies & Rights on the Stem Cell Frontier, notes that the processes currently used to gauge public opinion on new scientific developments often create only an “illusion of opening up the science.” Institutions acknowledge, to some degree, the importance of gauging public interests and goals when it comes to scientific progress. The list of terms and mechanisms used in an attempt to determine such interests and goals is long: “public conferences,” “public meeting,” “public comment period, “public forum,” “public engagement,” and so on. Closer inspection of these mechanisms and their outcomes reveal several issues with the scientific community’s current “public engagement” efforts: 1) there is a lack of evidence and consensus to suggest which mechanism is most appropriate and when, 2) the public’s diversity of values and goals are underrepresented by a handful of public representatives, often selected by the host organization themselves, 3) differences are often resolved with more “expert” or “technical” information, rather than deeper discussion of differences in values or goals (expert knowledge is prioritized over lay knowledge), 4) the mechanism’s design provides the public with insufficient leverage to effect change in research or policy development, and 5) more often than not, there are insufficient evaluation measures in place to reinforce accountability. While these mechanisms have the potential to inform and engage the public in policy discussions that bear directly on the common good, these obstacles often lead them to fall short and leave voices unheard.

Our ethical tradition of fostering the common good says we need broader discussions that go beyond the one-way discussion that focuses on informing the public to foster “public acceptance” — beyond this “illusion of opening up the science.” We need deliberative, two-way discussions that make values and goals explicit, and that actively involve the public as community members and participants in research, clinical practice and decision-making. With genome editing, it is imperative that these discussions happen now before boundaries are crossed, even inadvertently, that cause harm to many people which cannot be readily remedied.

Moving forward, we suggest that academic institutions – increasingly home to interdisciplinary efforts and collaborations – make a much greater effort to research and design processes that engage public stakeholders in the discussion around genome editing and, more broadly, emerging biotechnologies. Several organizations have already implemented biomedical research tools and platforms created with participant preferences, values, and communities in mind that can serve as a good starting point. We also call for greater collaboration between natural science and social science researchers, which will increase our understanding of the assumptions and factors that influence policy-making and inform the design of mechanisms intended to generate a more open, deliberative public dialogue.

Sustained public engagement is essential to ensuring that science and medicine’s advancements continue to address broad public needs, and not only those of the few. Indeed, there have been calls for greater public involvement in the genome-editing debate. Despite these calls, however, the field continues to proceed with controversial experiments while ethical and practical questions remain unanswered, with scientists presuming that IRB approval of their controversial projects means that the public is becoming more accepting with “the passage of time.” It is, thus, time to increase our efforts to “open up” the science, not just to the experts, but also to those whose lives will be impacted and whose voices have yet to be heard.