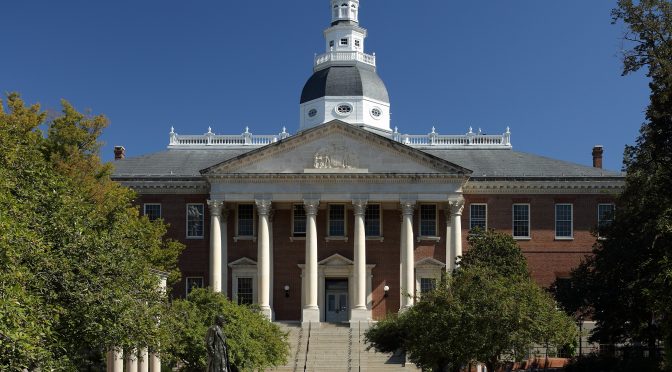 Thank you for letting me testify before you today. I must admit I’m happier to be here than those times when I’ve had to testify before Congress. It’s nice to be before a body that can function effectively, collaboratively, and sometimes with demonstrable wisdom – I would say that has been the outcome from your previous deliberations on physician-assisted suicide!

This has been a difficult issue for all concerned, and you will hear specific problems with the proposed bill – but not from me. I don’t think tweaking the bill will solve the problems. I don’t think there is a right way to do the wrong thing.

Nor will I focus on the harmful effects such a bill can create for my profession of medicine. Not that I don’t think there are some serious and deeply concerning issues in creating a new duty of care for physicians, one that directly contradicts the long-standing medical tradition that doctors should reject interventions designed to cause death and never intentionally administer lethal doses of medication.

Rather, I wish to focus your attention on the effect this legislation could have on patients and the public. Here I include not that tiny minority who might make use of this new legislative standard, but the much larger majority who have no declared need for it, no intention of using it, and a well-founded fear of it. You have heard, and will hear, from representatives of the disabled who rightly fear this bill, but this fear and danger applies not just to them. They’re just the canary in the coal mine. Such a bill places at risk the physically disabled, the mentally disabled, the elderly, the indigent, those who have never had adequate access to the health care system and are afraid of being shut out of access near the end of their lives as well. Even if you would argue in favor of such a bill, you would have to admit that it is morally wrong to implement it before palliative care is available near the end-of-life for all who might need it. And who doesn’t get it when they need it? No surprise, recent studies show that palliative care is least available in those hospitals serving lowest social economic strata.

Such laws send a hopelessly mixed message. While praising and legally protecting those involved in ending their own lives with the help of the physician, we simultaneously attempt to continue suicide prevention knowing that we have a 34% increase in suicides in the United States over the past decade and a half. Recently, a teenage girl was condemned for repeatedly sending texts and emails encouraging her friend to commit suicide. At the same time we would praise the “courage” of those who exit life prematurely. This law would affect all of society. It would do so by supporting this new concept, this new definition that the lives of certain persons no longer have value to them, to the state, to society – and therefore are justifiably ended. The concept of valueless or worthless lives is easily expanded, perhaps inevitably. Fundamental questions  challenge us  – what gives a life value? Is it just our ability to function as before, without feeling burdensome or fearing discomfort or disability? What about Age, intelligence, ability to make contributions to society? When these are lacking, or inevitably lost or faded, does the value  of these people diminish? Will they be seen as worthless lives, not worth the cost or effort to keep going? How will this judgment be made?

One Canadian study was published even before assisted suicide and euthanasia took effect in that country. The “Cost analysis of medical assistance in dying in Canada” in the Canadian Medical Association Journal predicted annual healthcare spending across Canada could be reduced by 35 million to 139 million annually ! This certainly gives an indication of the cost to society for some individuals’ dogged persistence in leading a substandard life or delaying its termination. To put another spin on the potential devaluation of some lives, we should note that several studies, including the prestigious New England Journal of Medicine, have promoted euthanasia or physician-assisted suicide combined with organ donation as a way of promoting needed organ transplants!

The German Lutheran pastor Bonhoffer, executed by the Nazis, warned the world to avoid “cheap grace”, that which sought apparent good with little apparent effort. I think we must also avoid cheap compassion, a willingness to accept that all dying patients need is to die faster when they ask for this. Often what is needed is effective palliative care, emotional support, and caring for the whole person.

Not long ago, a colleague, Dr. Wes Ely, told of his patient dying in the ICU, who told him “I want euthanasia. I’m going to die soon, so what’s the point of living longer? I’m just wasted space”. Over the next few days, Dr. Ely made it clear he would stay with him to the dying process, would respect his autonomy, but never intentionally harm him. His patient replied, “just don’t abandon me.” He received excellent palliative care, but suffered from emotional isolation and despair, with no family or friends to help. When asked what else might help them. He said “I want my music” with songs playing in his room is demeanor changed from desolate to alert and engaged. The doctor turned to a nurse, to sit and talk with him and see if she could help. Then next day, Paul said, “I think I helped Christine – my own illness made me forget that one of my things is seeing when someone is hurting. And Christine is. She came to help me but it turns out some really personal things in our background are weirdly similar. I told her how I worked my way through the worst of it.” He took a deep breath and then said: Things I confided to Christine are helping her sort through her own struggles. She said she’s coming back tonight, and that means the world to me. When we met, I was afraid of being a burden and not mattering. Now I feel different. I’m not a believer like others, but I guess I remembered the “why” to live.” Paul died a week later. By then he realized his life has a value even with a terminal disease. In fact, the last thing he said to his doctor, between gasps, was “I’m glad I didn’t miss this time. I never saw it coming, doc… In losing my breath, I gained it.”

I think what our world needs is more compassion and caring, not just more choices. I think to legislate this choice for a tiny minority while placing a large number of patients in jeopardy is the worst kind of special interest bill. I think we can do better for all concerned.

“With large scale international programs entering new phases, upcoming meetings and a growing debate, new discoveries in brain science always keep fostering ethical and social questions. Philosophy matters, in this field more than in any other, because it reminds us that science sometimes is not only obtaining new facts, but also engaging new ways of thinking about them.”