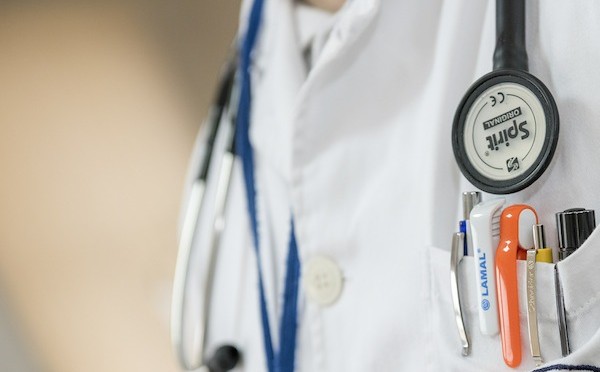 Recently, Gov. Jerry Brown of California signed into law a bill authorizing physician-assisted suicide in that state. It now joins Oregon, Washington and Vermont as the only states that voted in such legislation. The legislation initially failed to pass, but was moved through by an unusual process in a special session of the legislature. It was clearly influenced by the Brittany Maynard case, a young woman from California who moved to Oregon for assisted suicide after being diagnosed with a brain tumor. She became the poster child for a campaign by Compassion and Choices to make physician-assisted suicide legal throughout the nation. It can be considered a huge public relations success, but a legislative failure for the most part.

In the past year, similar bills were introduced in 25 states plus the District of Columbia. So far, they have failed or stalled out everywhere, but California. When Gov. Jerry Brown signed the bill, his stated reason was that he did not want himself or other Californians to die in pain, and therefore they should have the option for suicide when terminally ill. As a rationalization, it was somewhat disappointing, not least from a moral perspective from this former Jesuit seminarian. At some point he must have learned that suicide violates the Commandments, and assisting someone else to do so is even more morally problematic, because diminished capacity is less likely to be a mitigating factor for the cooperator. Even if this were not all true, it would be disappointing that the chief executive of the state had such a poor grasp of the additional issues that argue against physician assisted suicide.

There are cogent reasons to avoid legalization of PAS, without reference to moral or religious arguments. Gov. Brown’s first mistake was failing to realize that such legislation was not needed for patients to be authorized to proceed with suicide whenever they wished. Since the past century, suicide has been decriminalized in all 50 states and the District of Columbia. Therefore, the model legislation introduced by Compassion and Choices offers no new protections to patients; it merely protects doctors who write the prescriptions for them. Moreover, as we shall see, uncontrollable pain is not really an issue that would require PAS, nor is it an actual motivator for those who seek it. In fact, PAS has deleterious effects on society, the medical profession, and particularly the patients that it should serve.

As documented by the Oregon experience, patients there who seek PAS are not motivated by issues of uncontrollable pain. They are typically privileged, educated, white males, most often with cancer, fearing loss of control, lack of ability to participate in their enjoyable activities, or a risk of being burdensome. These are not purely medical problems. As Steven Miles has recently pointed out:

Entrusting this profound existential problem to the physician-patient relationship is why this is a falsely premised medicalization. Ironically, the public has chosen a technological fix that illuminates the very problem of the depersonalized medical death that it challenges. California’s law will result in medically assisted suicides, but there is little reason to believe that it will advance the humanization of persons who are dying. The literature on patient suicides suggests that physicians who are most discomfited by disability, a patient’s fears, or the burden of chronic disease, enable a decision to suicide, in a counter transference reaction. Furthermore, few modern physicians have any interest or training in how to address existential concerns – suicide being the most profound existential issue.

Those patients who may face similar situations but have no desire for Physician Assisted Suicide also experience an increased sense of vulnerability when such laws are passed. To have certain lives designated as more deserving of death (when terminally ill) can easily be extended to the lives of the elderly, physically disabled, mentally disabled, and depressed. They will see their lives as less valuable to society, their care as devalued.

Such legislation can hardly be seen as an enhancement to the medical profession. To have physicians offer a medical death rather than treatment or support for seriously ill patients will produce a corrosive effect on the doctor-patient relationship. Although this offer may be welcomed by some, it will rightly instill fear and confusion in those who depend on their physicians to fulfill the traditional (and essential) role of healer. It will also decrease the physician’s motivation to learn and employ palliative care measures. End-of-life care is expensive, challenging, and emotionally draining. However, assisting suicide for those willing to do it is simpler, quicker, and cheaper. Nevertheless, it does not always bring satisfaction even to the physicians involved, as reports from Oregon demonstrate that 24% of physicians previously involved in PAS develop depression caused by their actions and an aversion to repeating them. This is probably why in Oregon, over a seven-year period, only three doctors wrote 23% of the prescriptions for PAS and a mere 20 doctors accounted for 84% of the prescriptions statewide, meaning 99% of Oregon doctors did not participate in the practice.

Society’s inability to monitor and control PAS may be its most frightening aspect. The reported data from Oregon is suspect because, among other things, doctors are forbidden to list PAS as a cause of death on death certificates, and after an annual collection of reports, all individual data is destroyed. In European countries that have more experience with the practice, it has become clear that the touted limitations for PAS do not and cannot restrict indications for PAS or euthanasia. In Belgium and the Netherlands they now include almost any chronic illness, including anorexia nervosa, senility and dementia, deafness/blindness, severe depression and mere advanced age. Such “indication creep” is logical and inevitable once the option of induced death is legitimated as a medical good. If PAS is good for patients, then restrictions will be seen rightly as arbitrary and discriminatory, a violation of autonomy, an unjustifiable withholding of a medical good. Physician Assisted Suicide or euthanasia become the “treatment of choice” for those who don’t want to feel that they are a burden or who fear abandonment. Is this the best we as a society have to offer to the sick and vulnerable?

G. Kevin Donovan, MD, MA is the Director of the Pellegrino Center for Clinical Bioethics and a professor in the Department of Pediatrics at Georgetown University School of Medicine.

The Advance of Physician Assisted Suicide in California, October 7, 2015: info@ncbcenter.org

If you’re interested in current issues and topics in neuroethics, be sure to keep up with PCCB’s Professor James Giordano, PhD.

One of his most recent posts on BioMed Central’s blog discusses the increasing influence of neuroscience on the “world stage,” and both the promises and problems associated with this rapidly growing field.  Professor Giordano advocates for the simultaneous progression of neuroethics and neuroscience, suggesting that “there should be no new neuroscience without neuroethics.”

Connect with us and stay tuned for more from Professor Giordano and PCCB!