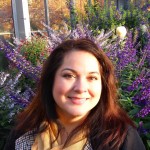 We are excited to feature Gina Garcia our new Journalism Program Director. Gina joins us as an Emmy nominated Producer from the CBS This Morning, a national morning news program. For nearly 15 years, she’s been producing daily hard news and feature stories, field producing and booking guests for national network morning news programs in the Washington DC Bureau.

MPS JO: Tell us about your previous experience in Journalism.

Gina Garcia: For the past six years at CBS, I’ve crafted and shared stories covering the Washington DC region and beyond such as election coverage, congressional legislation, undercover consumer, medical and feature stories. Some of my favorite segments featured the ordinary people with extraordinary experiences. Before CBS News, I spent five years with NBC’s Today Show, where I field produced and booked exclusive segments during the Virginia Tech Massacre, Amish school shootings, Sago Mine Tragedy, hurricanes affecting the gulf coast and the campaign leading up to President Barack Obama’s election, among others. I also, had the opportunity to travel to Cuba to report on the conditions of the people and government.

END_OF_DOCUMENT_TOKEN_TO_BE_REPLACED

Faculty member Natalie Hopkinson was the moderator at the Oct. 22 Mayoral Forum for Education, where she questioned three candidates running for mayor in the District about their policies regarding public and charter schools in the city.

Opening with comments about her firsthand experience as a D.C. parent, Hopkinson asked candidates Muriel Bowser, David Catania and Carol Schwartz about coordination between the city’s public schools and charter schools and whether the growth of charter schools in the District is sustainable.

The forum can be viewed online here.

Hopkinson has taught Culture Reporting and worked with Capstone students.

Congratulations to faculty member Ryan Teague Beckwith for his new position as senior editor in Time’s Washington bureau. Prior to his new job, Beckwith was news editor for the Washington Examiner.

He has also worked for Digital First Media, CQ Roll Call and The News & Observer in Raleigh, N.C.

Beckwith teaches Reporting and News Writing in the Journalism program.

Faculty member Robyn Tomlin spoke on Oct. 13 as part of the International Newsroom Summit in Amsterdam about the importance of digital tools for data journalism.

Tomlin explained the four phases to tell a story with data: “The process of ‘data, filter, visualize and story’ is how you do data journalism,” she said. She also shared some key tools for working with data, such as datacatalogs.org and Tabula.

Tomlin is the chief digital officer at the Pew Research Center and is teaching Digital Essentials for Journalists this semester.

Congratulations to faculty member Derek Willis for being featured in two recent interviews about his work with The New York Times’ The Upshot.

Capital New York asked Willis about his role at The Upshot, how the team decides what stories to visualize and his thoughts on data journalism: “We can’t afford to treat data as some kind of specialty in the newsroom, especially when it can be such a valuable part of reporting. There’s no way I’d be at The New York Times if I didn’t have these skills, and I’m glad that more organizations are putting greater value on them,” he said.

Huffington Post Live interviewed Willis about tech firms failing to disclose their political donations, based on a story he co-wrote about an index created by the Center for Political Accountability.

Willis also recently took a trip to South Africa for his work on Open Elections and wrote about his experiences on Medium.

He teaches Data Reporting, which will be offered again this spring.

Congratulations to faculty member Keith Jenkins for his promotion to general manager for National Geographic Digital, where he will focus on strategy.

Jenkins has been part of National Geographic’s team since 2013, when he joined as director of digital photography. Prior to his new position, he was executive editor for digital content. 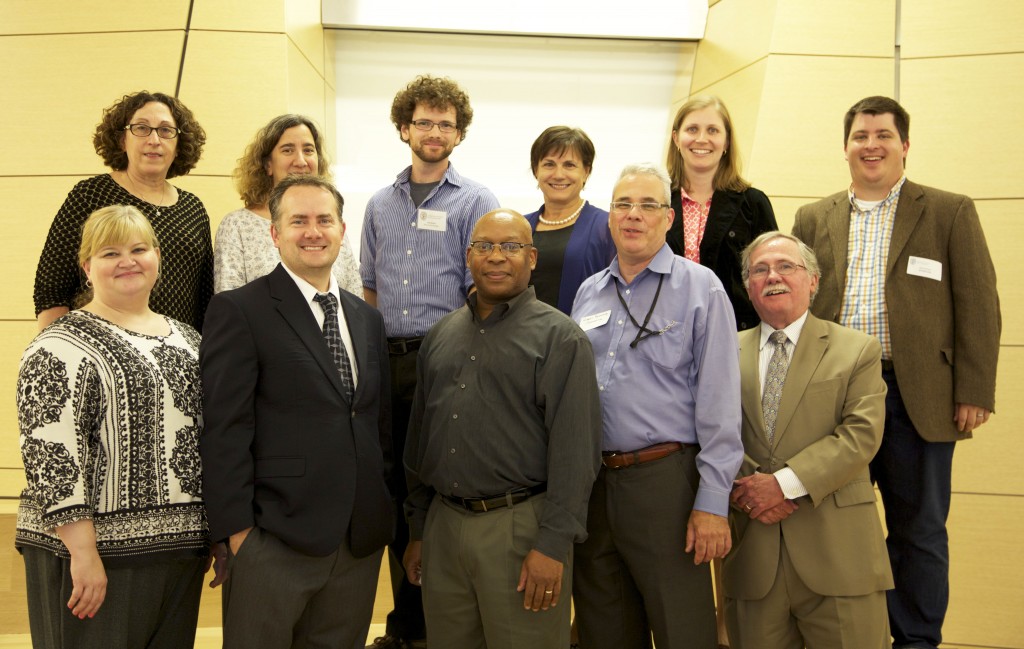 Our fall faculty met for orientation on Aug. 25 to get ready for the new semester. (A few folks are missing!) / Credit: Stephanie Melson