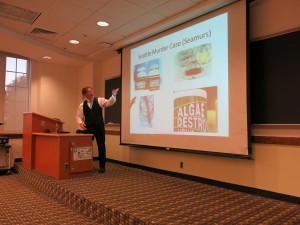 This past Friday, the Future in Science and Humanities group had the pleasure of hosting Dr. Drew C. Richardson, PhD. for a lecture about his experience as an FBI agent and as a forensic scientist for the FBI. Richardson was born the son of an FBI field agent, and never thought that he would enter the field himself. He attended UNC-Chapel Hill, and graduated with a major in Chemistry. In 1976, he joined the FBI as a field agent, and worked on many projects involving organized crime work, bank robberies, and more.

Richardson went on to work in a chemical toxicology laboratory for the FBI, and was involved in many cases, identifying and analyzing chemicals. Richardson collaborated on many notable cases, including the poisoning of a federal judge’s wife via Godiva chocolates, Seattle Murder cases from cyanide disguised in Excedrin capsules, and the sarin gas bioterrorism attack in Japan in 1995.

Richardson is also known as the FBI’s leading polygraph expert. He has worked in the polygraph industry for 3 years, and had a large hand in developing a “guilty knowledge test” method and brain fingerprinting, a new method that looks at electric potentials on the scalp.

What does this have to do with health sciences? Dr. Richardson’s lecture is an example of how science and the humanities interact, and the ways in which these fields are interdisciplinary in a professional field. It is also a unique perspective on the real-world applications of science. Dr. Richardson’s lecture was impressive and inspiring for all the students present, and it was great to see the diversity of options available to any student that wants to pursue a career in the sciences. 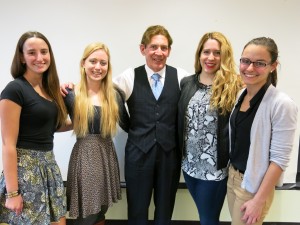 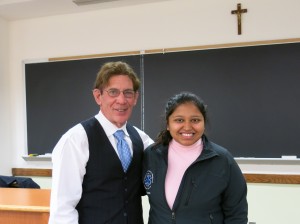