This is the eighteenth entry in a six-week series of topics following the syllabus of my Human Nutrition & Obesity graduate summer course. Each entry offers a snapshot or principal take home message from that lecture. This topic was inspired by a lecture entitled: Genetically-Modified Foods. @DrTomSherman or @GUFoodStudies 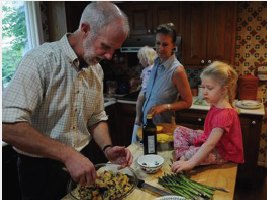 For as much enjoyment good food can bring into our lives, the focus often feels to be on foods to be avoided rather than on those to be sought. I am using the word foods loosely, however, for I am not defining good and bad foods in the way my students frequently mean, such as good kale versus bad ice cream, for example; as I have argued previously, in this sense there are no good and bad foods, only good and bad amounts of food. The reality in today’s industrialized food landscape, however, is that there are foods our great grandparents would recognize, and there are foods they would fail to recognize. If one is truly conscientious about eating real food and providing proper nourishment to our families, the categories of food not to be placed in your shopping cart can be extensive: 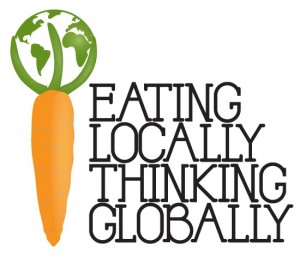 If we ignore for the moment foods derived from animals, many others will extend the above list of foods worth avoiding to include:

After reading through this overly long, fear inducing, list of troublesome foods, I am happy to report that the vast majority are easily avoided. Home cooking is the ideal antidote to all ills related to many of the described concerns. Entire aisles of the grocery store are avoided when one shops for the basic elements of a wholesome meal prepared at home. The fruits and vegetables, the spices, the grains, your choice of meats and cooking oil, and ultimately, your portion sizes are all under your control. Part of the secret, however, is to enjoy the journey. Cultivating a love of cooking is not simply a matter of expertise and technique, but a realization that you are engaged in a socializing activity of family. It empowers the seizing of control over your health and diet. Go for it.