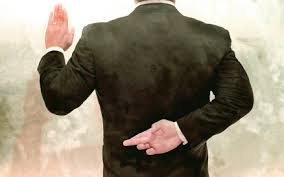 The end of February 2013 witnessed the publication of Salt Sugar Fat: How the Food Giants Hooked Us by the Pulitzer Prize-winning investigative reporter for the New York Times, Michael Moss. Although others have written about how modern processed foods are addictive and contribute to over-consumptive under-nutrition, most notably the former commissioner of the FDA, David Kessler, Michael Moss makes it clear in his new book that these addictive qualities arise very much by design; our largest processed food companies researched and investigated the “bliss-point” of sugary foods, the optimal “mouthfeel” of fatty foods, and ideal combinations of salt, sugar and fat to create modern processed foods that would indeed “hook us.” Accompanied by the publication of several new books on this topic, including another by David Kessler, similarly titled Your Food Is Fooling You: How Your Brain Is Hijacked by Sugar, Fat, and Salt, and the well reviewed Pandora’s Lunchbox: How Processed Food Took Over the American Meal, by Melanie Warner, the processed food industry is clearly under attack, and deservedly so. Much like the products of tobacco companies and many products of pharmaceutical companies, it is one thing to consume a cigarette or a drug that we later learn is unhealthful and dangerous, it is another thing altogether to learn that the full extent of these dangers were not only fully known in the corporate boardrooms of these companies, but were knowingly incorporated into their products to create the perfect profit engines: heavily marketed substances that are legally addictive. Until very recently, these companies have successfully washed their hands of any culpability in the epidemics of obesity, diabetes and heart disease, citing the mantra (and fiction) of personal responsibility to anyone and everyone within shouting distance.

It has not gone unnoticed by the food industry that Mr. Moss’ book is #1 on The New York Times bestseller hardcover nonfiction list, and has gained an amazing amount of media attention. Processed food companies are starting to fight back, however, using strategies that have been successfully employed by other industries that have found themselves on the defensive: the power of industry trade groups. Tobacco companies have their Tobacco Institute; salt manufacturers have their Salt Institute; the dairy industry has their National Dairy Council, the soft-drink producers have their American Beverage Association, and seemingly countless others lobbying on behalf of their corporate masters. The effectiveness of these trade groups depend on many factors, but historically, many have had remarkable success using the coordinated strategies of misinformation media campaigns, thuggish tactics of intimidation of countering opinions, and the suppression of research results that fail to follow or support marketing messages. The processed food industry has their Institute of Food Technologists (IFT), and not surprisingly, the IFT has mobilized into full action mode, beginning with a series of media messages. These include a fairly straightforward campaign to promote the positive contribution of food science, and an appeal by IFT president, John Ruff, responding to the recent books that have portrayed his profession in a negative manner (a login is required to view the message from Mr. Ruff, which is curious).

More visible, however, is the March 2013 video edition of the IFT Media Update. It includes a series of five videos by industry, consulting, and academic experts explaining why we need processed foods:

Indeed, these videos follow a well-warn path of marketing messages aimed at the general public, and include very familiar sound bites we have heard often from other defensive media campaigns (please insert the words processed foods (or salt, sugar, soda, dairy, GMOs, etc) where indicated): [insert] are an important part of a healthy diet; when consumed in moderation, [insert] contribute significant nutrition; we need [insert] to feed a growing population; [insert] is food, and contributes no more to weight gain than un[insert], and on and on. At least this campaign includes a wild card: an appeal to working women that processed foods have permitted them to get out of the house and pursue a career.

More importantly, however, these videos employ academic experts to push the scientific side of the story and to assure the public that processed foods are a safe and valuable part of our diet. This is a strategy that pharmaceutical companies use with great success, employing clinicians and clinical researchers to promote both the drug and the disease for which it is intended (for more information, see PharmedOut.org). The ethical and conflicts of interest problems that these industry-academic relationships create are real, and have resulted in more requirements at many academic medical centers for public disclosures of financial ties with industry and more detailed conflict of interest statements. See, for example, the Dollars for Docs database.

Similar conflict of interest issues exist with food scientists as well, both because such food companies fund an increasing fraction of food related research at universities and because the food industry is adopting the successful lobbying, marketing, and public relations strategies of pharmaceutical companies. Such conflicts reveal themselves in many ways. A report published in PLoS Medicine, for example, examining the relationship between funding source and conclusion among nutrition-related scientific articles found that industry funding biased conclusions in favor of the sponsors’ products, sometimes with “significant implications for public health.” As has been well documented in other fields, researchers dependent upon scarce funding sources for academic advancement will consciously or unconsciously favor research results that will maintain their good standings with the sponsoring company.

The specifics of the video examples presented above, however, are perhaps just as egregious as research integrity, for these are academic food scientists purposely distorting reality in the defense of sponsoring or potentially sponsoring industries. In Everything is Processed,  Dr. John Floros attempts to change the definition of the word processed, broadening it to mean everything involved in agricultural production: picked by a farm worker, transported by a tractor, washed prior to packaging. If all food is processed, then the descriptor clearly loses its pejorative connotations. No, not all food is processed. Apples may offer almost nothing of nutritional value, but they are not processed.

The video Study Shows How Processed Foods Contribute to the American Diet  refers to a study published in the Journal of Nutrition that concludes it is the nutrient content, not the level of processing that determines the “health” of a food. According to this analysis, processed foods made significant and similar contributions to nutritional intake as minimally processed foods; furthermore, processed foods benefited from enrichment with vitamins and minerals. Although this description of processed food content is undoubtedly accurate, it grossly mischaracterizes the impact of processed food on health. It is not the nutrient content that determines the “health” of a food, it is how our bodies metabolize and absorb these nutrients. Processed foods, by definition, are more easily digested, their macronutrients more rapidly absorbed, and their impact on hormonal regulators of metabolism more significant. Put more simply, the glycemic index of processed foods is significantly greater than for minimally processed, whole foods. While this may seem like a trivial detail, it is a very important descriptor of how we respond to food and it governs our risks for the chronic diseases that plague us today, such as diabetes, hypertension, and weight gain.

And no, this is not semantics. This is not a group of food scientists arguing one point while I wish they were arguing a different point. These are food scientists purposely distorting facts to make processed foods appear more reasonable, more healthful, and less harmful than they are. These are scientists who know what they are doing and are choosing to act in an intellectually dishonest fashion.

I am reminded of the papers recently published examining the nutritional value of organic fruits and vegetables. These studies found that in terms of nutrient content, organic foods offered no advantage to conventionally grown food, ignoring completely the fact that organic foods do not contain the pesticide, herbicide, fertilizer, and hormone contaminants of many conventionally grown foods. So yes, these reports are accurate, but they grossly mischaracterize and minimize the true advantages of pursuing organic foods.

All academics, researchers and teachers alike, need to speak out and confront the intellectual dishonesty in our colleagues.