The Rhodes Scholarship was founded in the early twentieth century by Cecil Rhodes to promote international understanding and peace. In the United States, 32 scholarships are awarded each year to seniors and recent graduates, funding two years of post-graduate study at Oxford University. Scholars are chosen on the basis of scholastic achievement, community involvement, integrity of character, leadership abilities, respect for their fellow beings, and energy to use their talents to the fullest.

Our very own James Pavur (SFS’16) was named a 2017 Rhodes Scholar! Read the story on James as well as check out the interview with him in The Hoya. 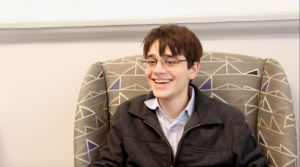