I started my exploration of DC Punk Rock with the documentary Salad Days. One of the first clips in the movie was a photograph of the Georgetown Theater. At first I didn’t recognize the building but then I remembered it from the construction on Wisconsin ave. It turns out the Georgetown sign for the Georgetown Theater was a a city icon in the 70s and 80s. But as we can see below by the 2000s the building was abandoned and the sign left to rot. What happened to this icon? What made it fade away? Georgetown itself used to be a major hub of punk with records stores and shows. Now this hip culture has transitioned to U Street and Adams Morgan. The musical culture of Georgetown may not be back yet but now with the help of architect Robert Bell the iconic sign is.

Below you can see the progression:

The first photo is one from the movie saint elmo’s fire, filmed in Georgetown in the 80s 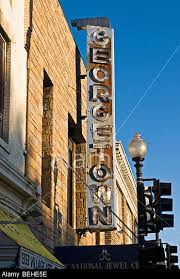 Now it is finally finished and is still under construction 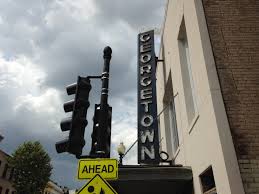