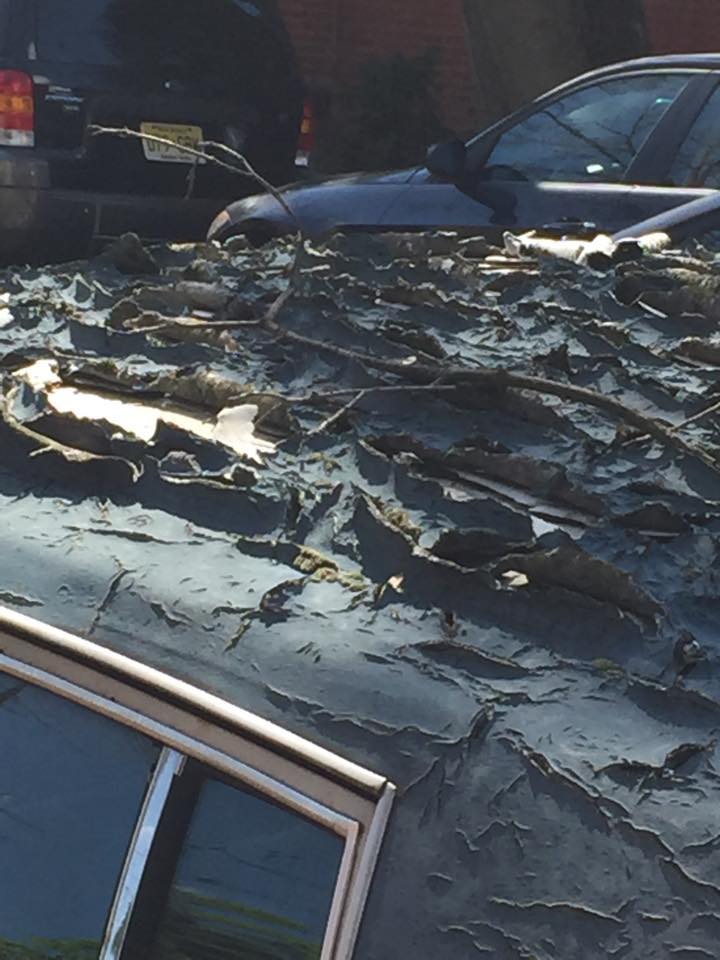 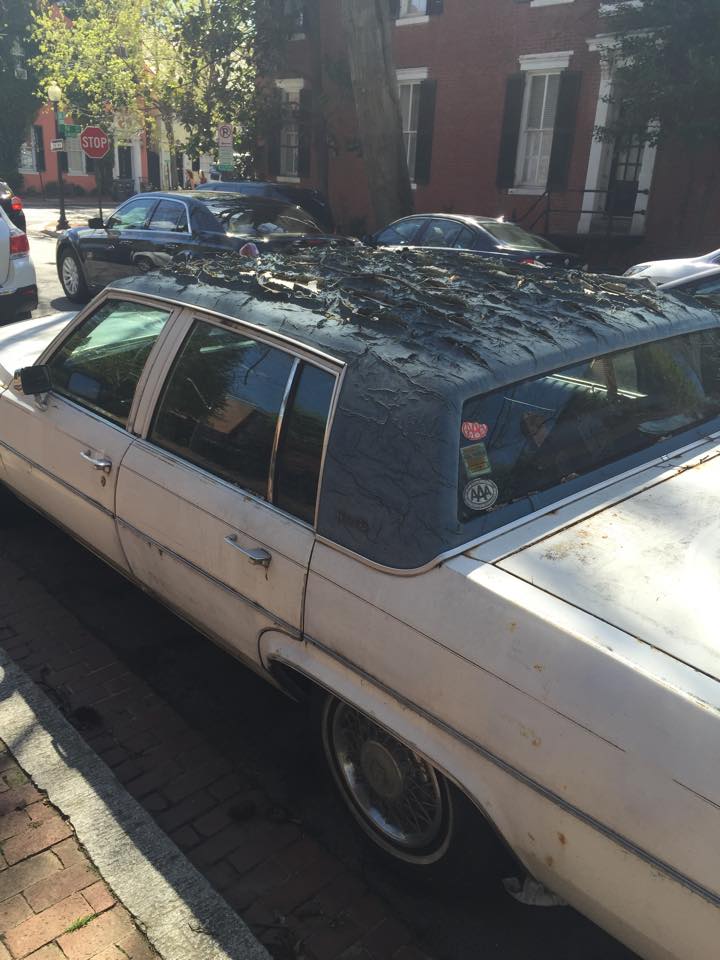 These images are of a car I recently saw on 34th Street in Georgetown. This car is so old, it appears as though it has become part of the environment. It doesn’t look like it has been driven in a long time, and yet I have seen it parked in various spots in the area. I’m struck by the insurance stickers of AAA on the back, as it seems odd for a car that welcomes the environmental impacts would have protection against it as well. Literally this car is turning into bark, worn by the weather over the years, and the branch on top of the car looks like it could have sprouted from the car.

Reading Percy Shelley’s “On Life,” I’m struck by the boundaries of relationships between “things.” Shelley writes, “The relations of things remain unchanged by whatever system. By the word things is to be understood any object of thought, that is, any thought upon which any other thought is employed, with an apprehension of distinction. The relations of these remain unchanged”(636). This car is a thing which most think of as ‘manmade’ and ‘unnatural,’ but this car pushes those boundaries. This car seems to reject distinctions between man and nature, and blur those realms in an interesting way. Has this car become “natural”? Regardless, “The relations of these remain unchanged,” as man will continue to drive his car on roads that have paved over what had once naturally grown there, but man will always be driving within the environment.