In reading Walter Benjamin’s “Theses on the Philosophy of History” and Zach Samalin’s “A Map the Size of the Empire” side by side, I found myself exploring a few connections between the two. Paragraph IX of “Theses” describes a Paul Klee painting, Angelus Novus, as an allegory for how one may imagine “the angel of history.” The New Angel has its face turned toward the past, and so perceives what no ‘mortal’ can: “Where we perceive a chain of events, he sees one single catastrophe which keeps piling wreckage and hurls it in front of his feet.” The historicist view of history sees no need to awaken the dead, but the ‘historical materialist’ perceives the need for history, “not the way a spoiled loafer in the garden of knowledge needs it,” as Benjamin quotes Nietzsche, who proclaimed God is dead. The garden of knowledge is woven, as universal history, with “no theoretical armature,” having mustered “a mass of data to fill the homogoneous, empty time,” and is inhabited freely by those empathetic to the victory procession. This is quite similar to something Samalin points to in the “Dream City and Abstract Space” section of his chapter: “the naturalization of abstract space,” so Poovey called the process Samalin finds so intimately connected to the axiomatic character of the state’s monopoly on violence. The section’s title itself comes from the name of another Paul Klee painting, Dream City and Abstract Space. The viewing experience (through the internet alone) of this surrealist painting felt, to me, to be demonstrative of the way one may begin to understand the space the may inhabit, physically and theoretically. Then, one may consider where Angelus Novus sits in time, still, its face turned toward its viewer.

Paragraph I of “Theses” tells the allegory of the Turk: a constructed apparatus gives the appearance to an audience of a puppet able to counter every move and wins games of chess, when underlying an expert chess player hunchback hides within a system of mirrors. Centering focus on the similar language, the end of Samalin’s “Map” mentions Baudrillard’s beginning Simulacra and Simulation with “the argument that in late capitalism’s semiotic hall of mirrors there is no longer a referent to which Borges’s map could refer: ‘abstraction today is no longer that of the map’, [Baudrillard] writes, and ‘simulation is no longer that of a territory.” So far down the line it appears that our entire world sits outside Benjamin’s solution. Looking at Angelus Novus, in this way, is much like recognizing oneself a piece of the piling wreckage. 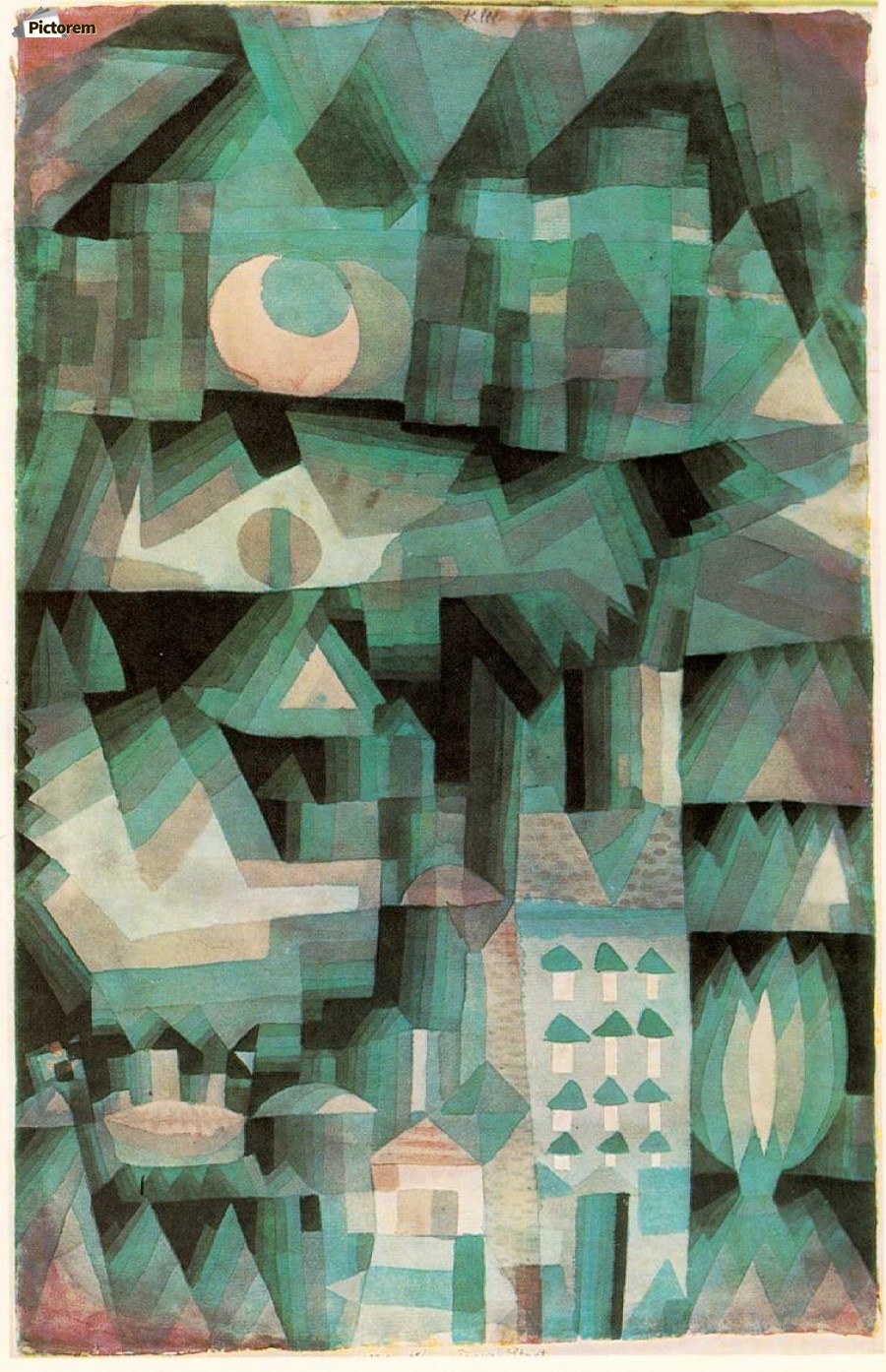