Following the referendum on the UK’s membership in the EU held on June 23, 2016, Prime Minister Theresa May confirmed that her government would initiate the process of withdrawing from the EU by the end of March, 2017, without holding a vote in Parliament.  This decision prompted a legal challenge.

On November 3, 2016, a three-judge panel of the High Court of Justice unanimously ruled that the government must obtain Parliament’s consent before it can trigger the formal process of withdrawing from the EU, pursuant to Article 50 of the Treaty on the European Union.

The government argued that it had the authority to withdraw from treaties without seeking parliamentary approval under the “royal prerogative,” the executive powers derived from the monarch under the UK’s unwritten constitution. The High Court rejected this argument on the grounds that the European Communities Act, the statute through which Parliament enabled EU law to have direct effect in the UK, had created enforceable rights for individuals under UK domestic law.  The High Court concluded that only Parliament, not the government, has the authority to enact changes in the law that would alter rights established under duly enacted domestic legislation. 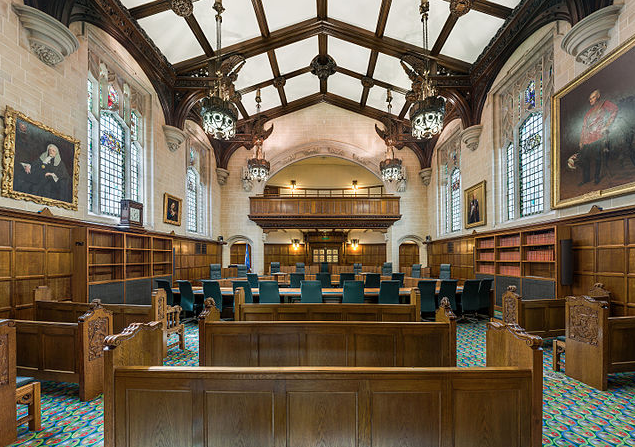 The government appealed the High Court’s ruling to the UK’s Supreme Court.  A panel comprised of all 11 Supreme Court justices heard oral arguments in early December on an expedited basis.  On January 24, 2017, the Supreme Court handed down its eagerly anticipated judgment.

By an 8-3 majority, the Supreme Court dismissed the government’s appeal and upheld the ruling of the High Court on the question of parliamentary sovereignty, stating that “the government cannot trigger Article 50 without an act of Parliament authorizing that course.”  The Court’s holding will become a landmark precedent in the field of British constitutional law.

David Davis, the Secretary of State for Exiting the EU, announced that the government will abide by the Supreme Court’s decision and introduce a bill “within days” authorizing the government to notify the European Commission of the UK’s intention to withdraw.  Even though the government’s majority is small, it is extremely unlikely that Parliament will refuse to pass the bill.

Nevertheless, members of opposition parties and even some members of the governing Conservative Party, are likely to offer amendments to the bill that will place constraints on the government’s negotiating position, potentially requiring it to maintain the UK’s participation in the EU’s single market and customs union.  Other amendments could require Parliament to approve the withdrawal agreement before it can take effect or force the government to reopen negotiations with the EU if Parliament rejects the terms of the deal.

The 11 Supreme Court justices unanimously rejected the devolution argument, holding that the devolved legislatures in Northern Ireland, Scotland, and Wales cannot exercise a veto over the decision to withdraw from the EU because authority over the UK’s foreign relations is a reserved power that may be exercised only by the UK government and the national Parliament in London.

For more information about Brexit and its implications for the UK, consult the Brexit and Constitutional Law pages of the Georgetown Law Library’s UK Legal Research Guide. 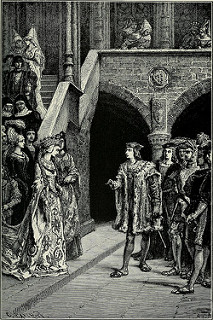 This way In? Out? Red Wedding?

There is high anxiety on both sides of the Atlantic about the vote today, June 23, 2016, when British voters get to decide if Britain should leave or remain within the European Union.  There is much at stake and speculation about the possibility of a British Exit. As this particular departure would be an unprecedented event in the history of the E.U., no amount of research into the legal, political, or economic situation of the E.U. and its member states could yield a clear answer as to  the ramifications, and readers of this blog may not even see this post until it is all over.

However, the threat of crisis provides an occasion  to explore resources curated by the law library that may provide some understanding of the issues. Check out what one of our British information providers, Oxford University Press, has created alongside its paid database, Oxford Reports on International Law: part of the Oxford Public International Law collection, it is a Debate Map listing official free resources as well as Oxford journal subscription articles, all on Brexit. There is also a good summary of legal and political facts and questions posted today at the blog of the Law Library of Congress, In Custodia Legis: “Brexit Referendum.”

Irrespective of the voting outcome, interest in how the entire matter developed and what future reforms might result from simply holding such a vote may suggest follow-up research projects. For these, may we suggest using our Georgetown Law research guides for the European Union and the United Kingdom.  For tracking continuing developments, we have a guide that links to our array of world news sources, such as Access World News.

Finally, one of the most disturbing developments of all: a commentator in the journal Foreign Policy points out that the HBO series Game of Thrones is produced with some funds from the EU’s European Regional Development Fund, and in the event the British vote to leave the E.U., the filmmakers may no longer have access to those assisting funds, and this is an expensive production!So in addition to possible economic turmoil and recession, recent shows such as last week’s GoT, filmed partly in Northern Ireland, could be at risk. The latest episode in the real life saga is about to be released.