Don’t forget the library has some fabulous databases to assist you with your tax research. Our Federal Tax Research Guide will point you in the right direction. These databases will provide commentary on all aspects of federal tax laws.

The Internal Revenue Service provides all tax forms and publications as well. Let us know if you need assistance locating a specific form or publication. 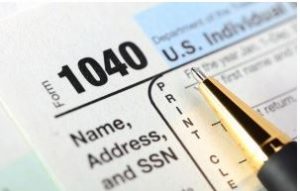 On December 31, Lexis.com will retire for academic accounts, and you will no longer be able to access Lexis.com from the law school product menu. All of Lexis.com content will be available on Lexis Advance before the end date.

Tax Analysts’ websites at www.tax.org, or www.taxanalysts.com will be discontinued on Wednesday, November 11, 2015.

Please take action now to ensure you’ll still be able to access your tax news and research databases by moving now to their new website, at www.taxnotes.com.

If you have any difficulties, please contact Tax Analysts’ Customer Service or the Library.

Today, the Supreme Court issued a unanimous opinion (8-0; Justice Kagan did not participate) in United States v. Quality Stores, Inc. holding that severance payments to involuntarily-terminated employees because of the end of the business in bankruptcy constitutes taxable wages for the purpose of FICA taxes under 26 USC sec. 3101. Justice Kennedy wrote the opinion, which reversed the decision of the Sixth Circuit.

The case is somewhat notable for its procedural history, as it is a tax case that was litigated originally as an adversary proceeding in bankruptcy court, rather than as a more typical deficiency case in Tax Court or a refund suit in district court or the Court of Federal Claims.

Notable provisions of the Camp proposal include a substantial flattening of the income tax rate structure, simplification of individual deductions, and treating investment income (capital gains) as ordinary income (albeit with a 40% exemption).

The debate over the progressiveness of the income tax structure, over-complicated forms and obtuse statutes, and how (or whether) individuals’ savings and investments should be subject to income tax goes back to the earliest days of the Internal Revenue Code.

The Library’s Ward M. Hussey tax legislative history collection provides extensive (and unique) documentation of this century-long policy and legislative debate. Ward M. Hussey served in the Office of the Legislative Counsel of the U.S. House of Representatives from 1946 through 1989. He assisted in the drafting of numerous tax laws including the Internal Revenue Codes of 1954 and 1986. In 2002, he donated his collection of historic tax legislative materials (over 200 volumes, including the legislative drafts and reports for all the revenue acts from 1918 until 1980) to the Georgetown Law Library.

Relevant to the Camp proposal in the Hussey collection is a set of pamphlets from 1920 advocating tax reform written by a diverse set of authors, including T.S. Adams, a Yale economics professor; Otto H. Kahn, an investment banker and philanthropist; and the National Industrial Conference Board. Otto Kahn’s broadside could have been written today as part of the Camp proposal:

Our existing taxation measures … are cumbersome, vexatious, and almost incredibly complex. * * * They discourage, disturb, and impede business, and place the American business man at a disadvantage as against his European competitor. At a time when America is aiming to become a world center they deter foreign capital from coming here. They throw upon the government an administrative task of such vastness and intricacy that the departments concerned simply cannot cope with it.

Otto H. Kahn, “Our Taxation Ills with Suggestions for Their Curing” in Revenue Act of 1921: Miscellaneous Pamphlets, at p.2 (1921).

The more things change, the more they stay the same!

The Supreme Court this morning released its opinions in the two same-sex marriage cases:

United States v. Windsor. Holding 5-4 (Kennedy, J.) that section 3 of the Defense of Marriage Act violates equal protection under the 5th Amendment and accordingly is unconstitutional.

Hollingsworth v. Perry. Holding 5-4 (Roberts, C.J.) that the Proposition 8 proponents lacked standing and vacating the decision of the 9th Circuit.

In November, we posted about the IRS’s digital release of 10 years’ worth of tax-exempt organization returns, which contained more than 6.5 million documents.

ProPublica, a news organization that “produces investigative journalism in the public interest,” has now launched an easy-to-use search engine for these returns. You can search by keyword, state, non-profit category, and organization type (e.g., 501(c)(3), 501(c)(4))

For example, if you’re interested in the current IRS controversy, searching on “Tea Party”, “constitution”, or “patriot” will pull up information on numerious 501(c)(4) orgainizations and links to pdf scans of their Form 990 returns.

The Tax Analysts database (http://0-services.taxanalysts.com.gull.georgetown.edu/Login) provides electronic access to back issues of their publications. (Please be sure to use the proxy link from the library rather than go to the website directly — even when on campus.)

To access the back issues, you can “browse archives by date” or do an advanced search. Be sure when doing an advanced search to change the date range from the default (2008) to the years you are interested in.

Tax Analysts enables searching on the entire publication run of their newsletters from the first issue.

“Browse archives by date” lets you read full issues of: 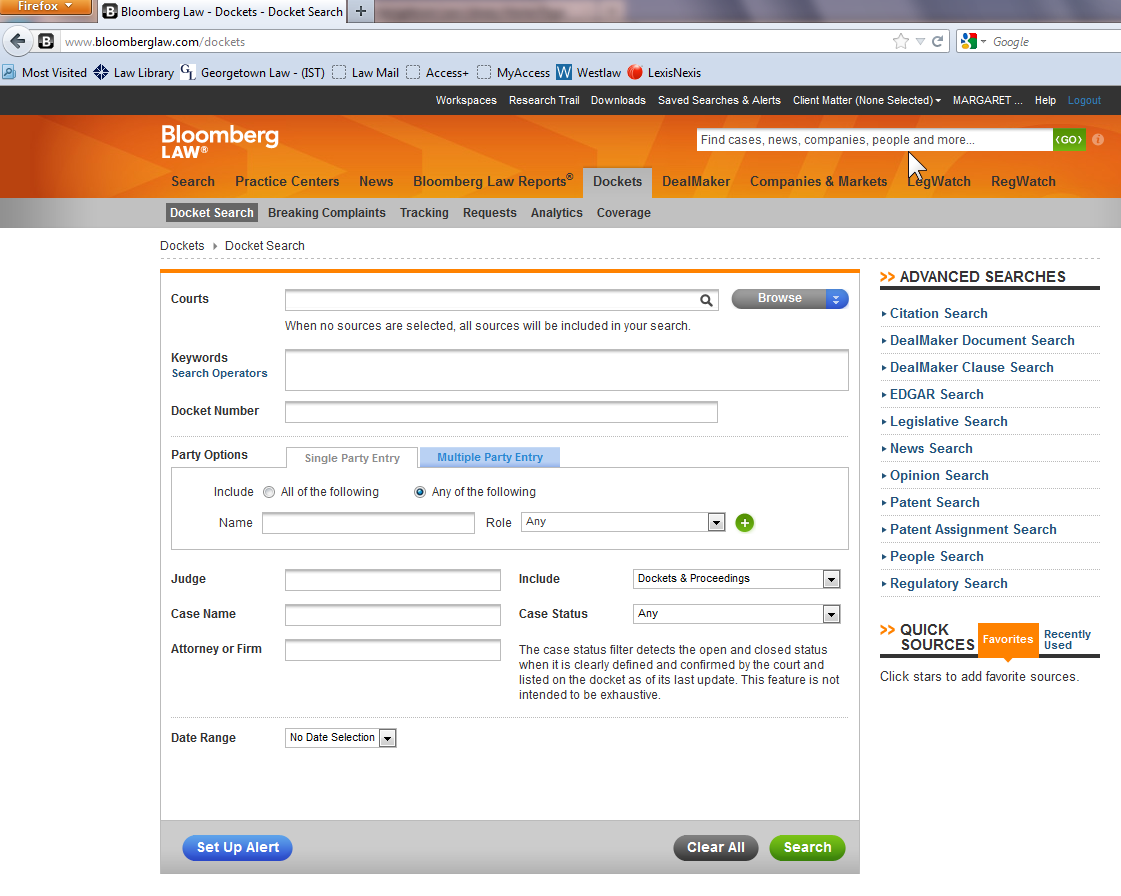 If you get audited, Bloomberg Law also has the “IRS Practice Adviser” with helpful instructions on the audit and appeals process, calculating interest and penalties, and collection.

All three resources are in the “BNA Portfolios and Analysis” section of the Tax Practice Center.

Although some of these same materials are available in the Bloomberg BNA Library database, the interface is significantly easier to use on Bloomberg Law.

Students and faculty interested in requesting an account on Bloomberg Law may obtain one by following the instructions available in the Library’s catalog.

Today, February 3, marks the 100th anniversary of the ratification of the 16th Amendment, which gave Congress the power to create an income tax. Shortly thereafter, Congress enacted the Income Tax Law of 1913, 38 Stat. 114 (Oct. 3, 1913) — the first of many! (The income tax provisions start on page 166)

Photo: IRS 1040 Tax Form Being Filled Out by kenteegardin CC by SA 2.0