You interact with reference librarians at the Reference desk when you have a question, but do you know their names? We’ve put up a display in the atrium exhibit case with info on all of the librarians who staff the Reference Desk. Find out who has a dog named George or a cat named Kittredge Harrington III! Who practiced law in Chicago before becoming a librarian? Who’s traveled to Norway or France? Check out the exhibit and meet your librarians!! 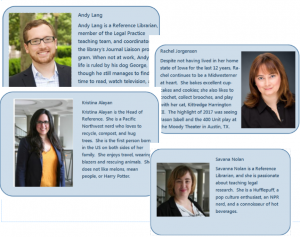 Veterans Day is always November 11th in memory of the end of World War I and was designated a legal holiday in 1938 with 52 Stat. 351.

The Department of Veterans Affairs provides a thorough history of Veterans Day. Also, CRS has a fact sheet on the holiday with sample speeches and presidential proclamations. 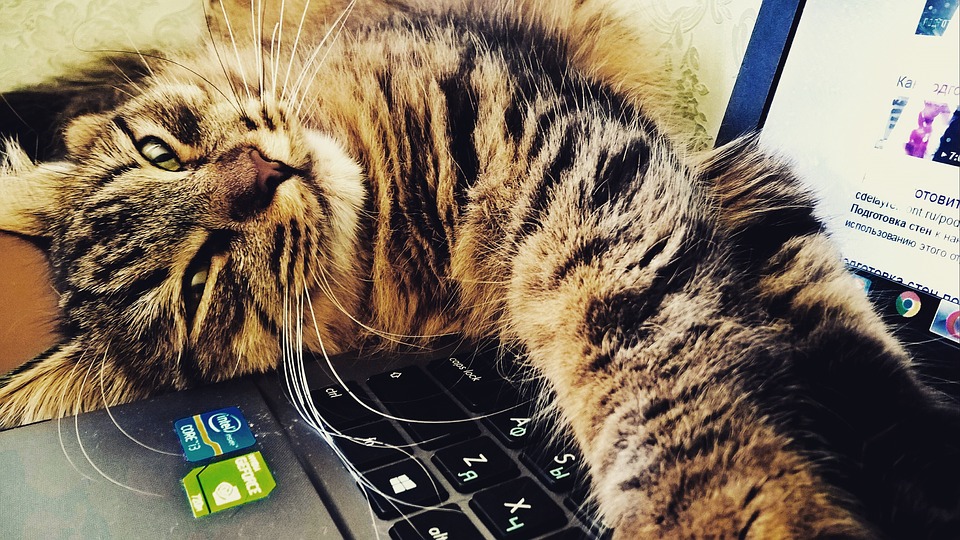 During this time, please take advantage of the public terminals and printers available throughout the library.  Any questions can be directed to the Reference and Circulation Desks.

We appreciate your patience and understanding!

Georgetown Law Library now has a Frequently Asked Questions page to provide insight into some of our most asked questions at the library. Need to know how to renew a book or start a legislative history? Check out our FAQs – we’ll get you started.

As always, feel free to chat with a librarian during regular reference hours, but if you have a question at 2 am, we hope our FAQs will get you started! 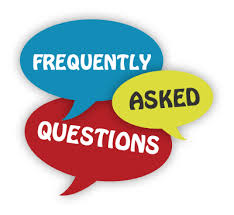 The details of the secure zone have not yet been released.  In previous years, the zone has covered about 1.5 miles from K Street and Massachusetts Avenue NW on the north to Independence Avenue NE & NW on the south, and 2nd Street NE on the east to 23rd Street NW on the west.  To be allowed into this area you must have and show current Law Center identification at security checkpoints.

For newcomers to DC, this Guide to the 2017 Presidential Inauguration provides some information about additional closures (e.g., Metro stations).  Many locals will be staying home to avoid the commotion, which is expected to continue at least until the next day when the Women’s March on Washington will take place.

Congressional Research Service recently released a new report on Women in Congress from 1917 to the present. It includes biographical information, as well as committee assignments and listings by state and Congress.

Study aids can clarify confusing concepts and even provide practice questions for your review. A variety of study aids are available and the best one to use depends on your course and individual study habits. Most of these books can be found in the Williams Reading Room Reserve, with older editions in the stacks available for checkout.

Good luck with your studies!

According to 36 U.S.C. 118, August 19 is designated as National Aviation Day. First recognized in 1939 by Franklin D. Roosevelt on the anniversary of Orville Wright’s birthday, it was codified in Title 36 with other days of patriotic and national observance. You can see resources about Aviation Law on the library’s Aviation Law Research Guide. 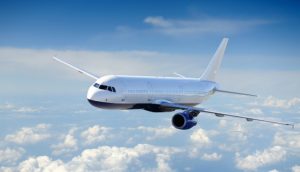 Feel free to ask a librarian if you have any questions about the resources.

The library now offers Law.com to all members of the Georgetown Law community. Law.com features legal news and analysis from the American Lawyer and National Law Journal, including the infamous rankings of the legal industry, the AmLaw 100 and the NLJ250. ALM Intelligence provides industry analysis such as best law firms to work for, best places for lawyers to live and more.

Law.com is a valuable site for anyone investigating the legal industry and law firms in general. Check it out!

Check out the library’s Olympics and International Sports Law Research Guide for information on the legal structure of the Olympics games, as well as material on Anti-Doping, Safety Concerns and journals on sports law.

The Congressional Research Service (CRS) also issued a recent report on The 2016 Olympic Games: Health, Security, Environmental, and Doping Issues. Prepared for members of Congress, it is also fact-filled with relevant material on Zika, Anti-Doping and safety concerns. 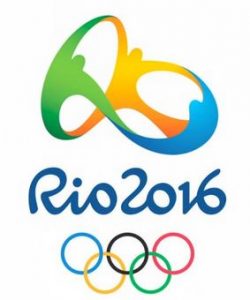