I have considered YouTube as a standard mobile device app on an iPhone. It’s interesting to note the design theme that apple requires shapes the way the app is designed. We start, by opening up the phone and looking at the home screen. The home screen is organised using standard sized icons and the youtube icon is designed using two contrast colors of red and white which still stick to the basic guidelines developed to engage user attention by limiting intensity and colour (Shneiderman, 86). Here we notice iOS’s aesthetic requirement of rounded icons, which means there are no sharp edges. This is part of a larger consistent aesthetic that Apple’ would like its app designers to have so that the entire device functions and appears on a similar note. They require app developers to focus on legible text at every size, precise and lucid icons, fluid motion and a crisp interface with transitions to provide a sense of depth. (Themes–IOS Human Interface Guidelines). 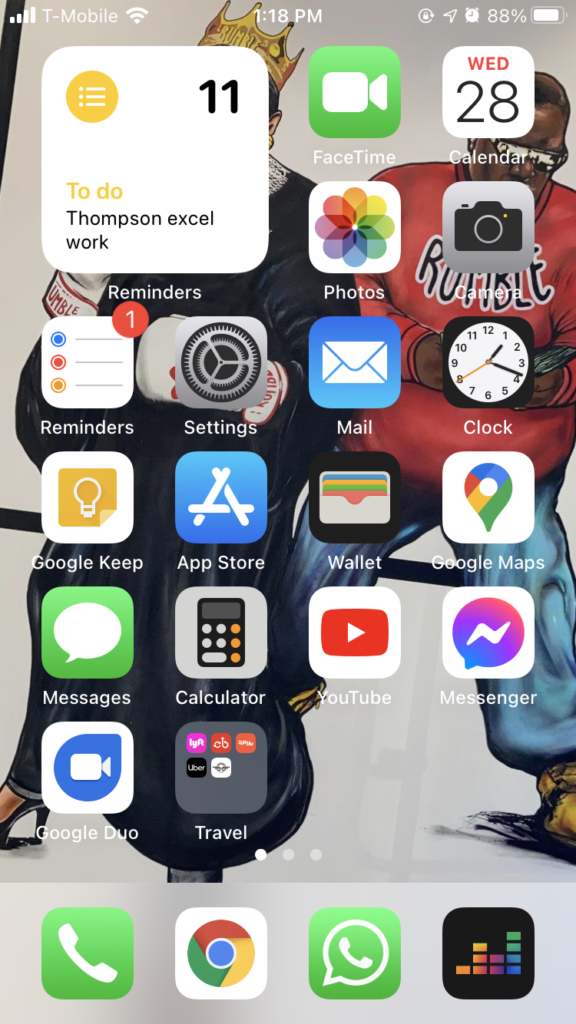 The YouTube app necessarily then, has all of these thematic features. The icon is a pixel grid representation enabled by capacitive sensors hidden below the glass surface of the screen. These capacitors have their own electric field which responds to the the tiny electric fields produced by our fingers (Irvine, 9). The grid of wires and electrodes below the top glass detect this and enable the software to recognise where the touch was placed along the X-Y axis of its grid. The software then, via its coding responds by changing the entire pixel grid of the screen (launching of the app). 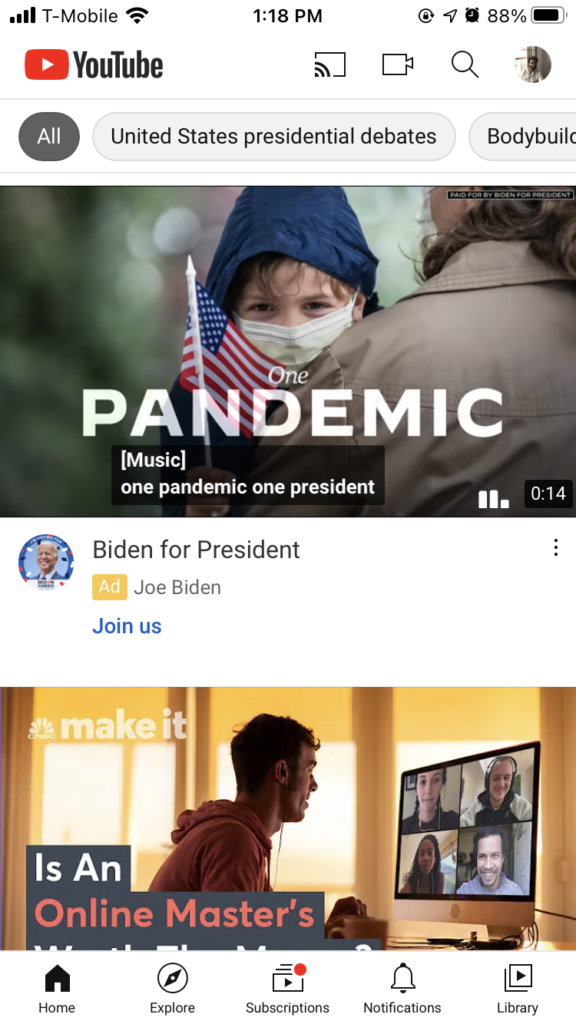 he app, we see the same guidelines and principles at work as Shneiderman talks about. Interaction Design in YouTube that follows guidelines: We have separate designs to engage user attention and separate designs to facilitate data entry. The bottom icons which we use to engage are small, the text is legible and large, and the smallest icons are to do with settings that we tamper with the least (Themes–IOS Human Interface Guidelines, Shneiderman, 86). All these fit with guidelines of allowing the most useful parts to be the one most prominent ones. In facilitating data entry, youtube provides a search bar, where we can enter natural language text. Since no coding is required and there are abundant filters available, data entry is well facilitated (See image below). 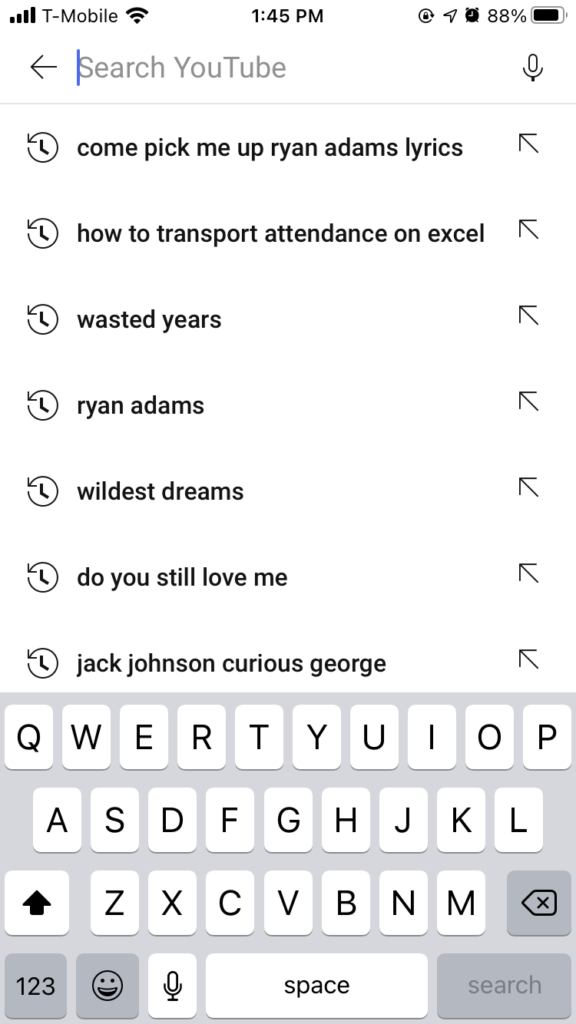 When we look at the interaction design principles in place, we realise that YouTube is built for all three levels of users which means that the affordances they provide have to still be intuitive and yet allow the expert regular user to engage the app without getting bogged down with unnecessary content. One good approach the app has take is that uses visual cues to guide the user instead of mentioning any form of instruction (a principle that many other apps also abide to). Thus we see functions like “tap to play” that are intuitive to novice users, filters in data search for intermediate users and ways to access history and curate content for expert users (Shneiderman, 89) (see below image). Overall its well designed, guided by the apple aesthetic along with its adherence to basic interaction design guidelines. It is still based on principles of engaging with all 3 users ( Shneiderman, 89-90) which makes it a well designed app. 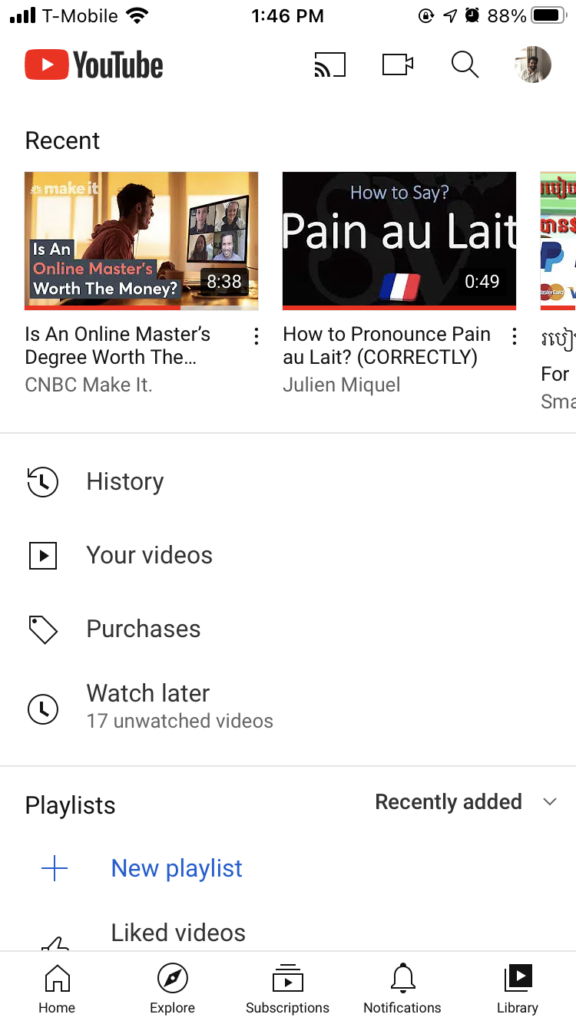