Google Drive is a cloud file storage and synchronization service provided by Google. It is a great example to understand the design rules of the Internet, the open, standards-based, device-independent architecture for the Web.

Its service is made up of four components: online interface, sync applications, mobile apps, and storage plan. Users can store files on their servers, synchronize files across their devices, and share files with other users. All these actions can be done by operating its interface. Users can set up folders and fold up the uploaded files based on their needs. Many layers can be seen. Also, the searching bar on the top provides an easy approach to find our target files among layers.

Regarding its architecture, Google Drive displays a typical client-server model. It, in server-side, provide service-based access to application data for users, in client-side. As what Professor Irvine says, it can be considered as a “hypertext” system. The process that users upload, store and download the files is actually a process of encoding and decoding between Web browsers and individual devices.

Meanwhile, sharing is one of the main features of Google Drive, which connect unlimited users through its servers. Files sharing can be easily accomplished via public folders or shared links. Also, simultaneous editing is another form of “sharing”. Rather than isolated, users are closely connected although they upload and edit the files on their own devices in different locations. This shows that Google Drive builds up a distributed network system across unlimited client/server implementations. (Irvine) In addition to website interface, it also offers apps available for Windows and macOS computers, and Android and IOS mobile phones and tablets. It means that it provides a model of interoperability for any software or hardware manufacturer. (Irvine) 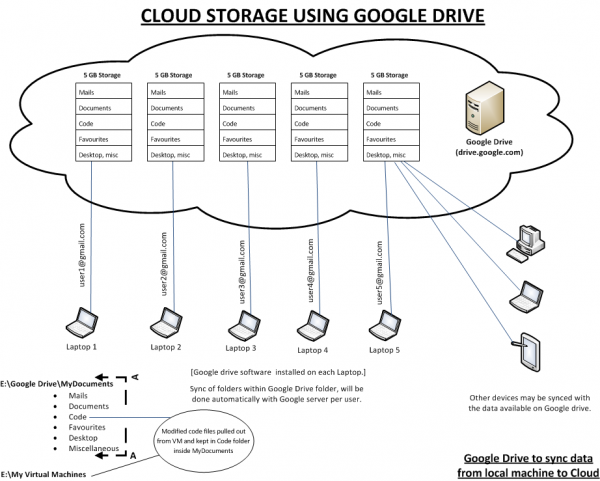 Furthermore, synchronization is another core services. Its current Backup and Sync service can automatically upload files from individual devices to their drives when devices connect to the Internet. Also, real-time file sync works when users edit the files online, which means that behind the screen, the backup process remains unstopped.

At last, for its media function, a web-based office suite, including Docs, Sheets, and Slides, is integrated into Google Drive. It allows users to create and edit documents, spreadsheets, and presentations online while collaborating in real-time with other users. Also, multiple forms of files and media can be viewed on the web. 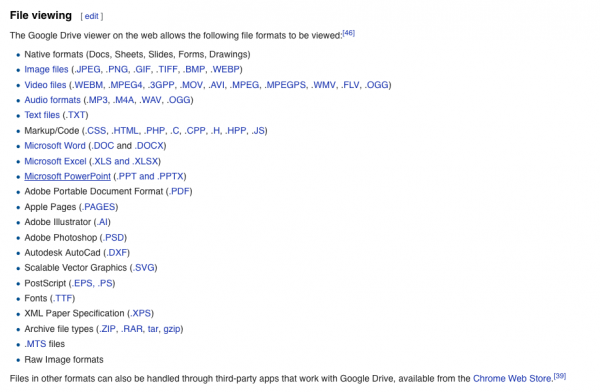