During my reading, I find Evernote a great example for me to understand the definition and functions of cognitive artifacts.

According to Donald A. Norman, “a cognitive artifact is an artificial device designed to maintain, display, or operate upon information in order to serve a representational function (Norman, 1991) Evernote is a widely-used app for note taking. In addition to creating notes, it also allows users to sort notes into a notebook, add tags, give annotations or comments, reedit, search and share information. 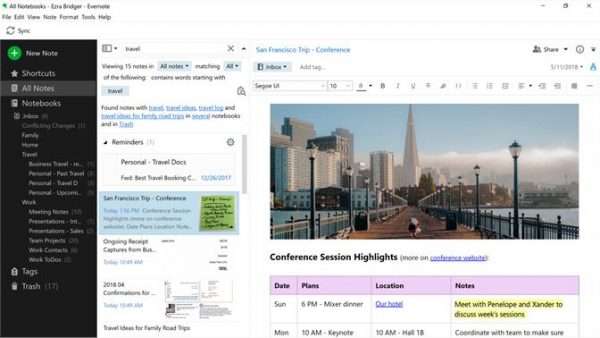 As what Cole described, artifacts are objectifications of human needs and intentions already invested with cognitive and affective content. In other words, it is manufactured for a reason and put into use. (Cole, 1996) Evernote fulfills users’ needs to edit, save, view and share information. Also, it closely connects with other stuffs including record system, camera, local and cloud storage in order to provide broader services.

With regard to its functions, as what Clark mentioned, cognitive artifacts make the contribution to “the extension of our bodies, the extension of our senses, and crucially, the use of language as a tool to extend our thought”. (Clark, 2008) From system view, it enhances users’ capability of storage, archiving, memory and performance. For example, the form and format of note-taking are broadly expanded. Users are able to record sounds, save websites, and take videos and photos instead of simply typing or writing down texts. Moreover, rather than merely on a particular notebook, users can get access to their notes, the information saved on cloud database, on multiple devices using the same account.

From personal view, cognitive artifacts affect how the task to be performed. Every user is allowed to use Evernote and organize the notes by integrating their own rules and organizational system. For instance, they might own their unique series of tags or implement categorization methods to better suit their needs.

According to what Norman said, artifacts can distribute the actions across time, across people and change the actions required of the individuals doing the activity. (Norman, 1991) It is similar to what Evernote proposes in its own video that Evernote is the software that takes every notes in ever ways and goes everywhere every time.

At last, the video below is an introduction about “what is Evernote”.