After spending some time rooting around https://www.ifixit.com/, I’ve come to see the smartphone as a textbook display of modularity in action. As the Langlois reading notes, the concept of modularity has been in application for quite some time in the social sciences, but the increasing complexity of modern technological devices makes it a fundamental concept to grasp if one wants to de-blackbox a modern device such as a smartphone.

I have a Samsung Galaxy S6, so I decided to look at iFixIt’s teardown guide to see how the various components of this device that has been so central to my life interact with one another. I knew there would be modularity in the overall design of the device, but I was curious to see what form that modularity took, and if I could identify or understand the philosophy behind the form its modularity took.

As an electronics neophyte, the first thing that struck me once they opened up the back of the device was the complexity present. There were a lot of chips and circuits and electronic components that were overwhelmingly unidentifiable to me. But I did see the seeds of what I believe to be modularity. It didn’t look as though all the various components were thrown together haphazardly; it looked as though there was a rhyme and a reason for their placements. 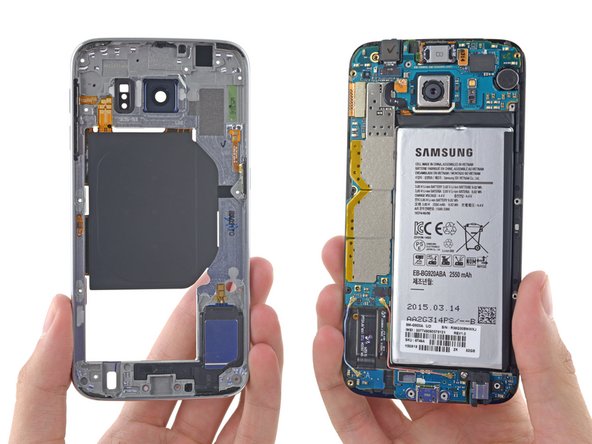 As the teardown continued by identifying the battery and the motherboard and the camera, the modular design concepts of decomposability and interdependency became clear. The former was inherent to the entire teardown process, and the latter was alluded to with the guide’s suggestions of upgrading distinct components of the device without having to obtain an entirely new one. Anyone who has ever damaged some element of his or her smartphone, be it the screen or a button or the camera, and still had the device be functional can thank the fact that it is a decomposable system.

Nowhere was the principle of modular design more present than the motherboard of the device. 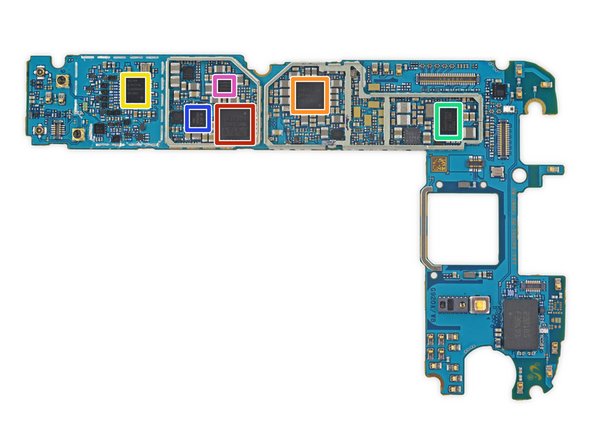 Front of the motherboard. 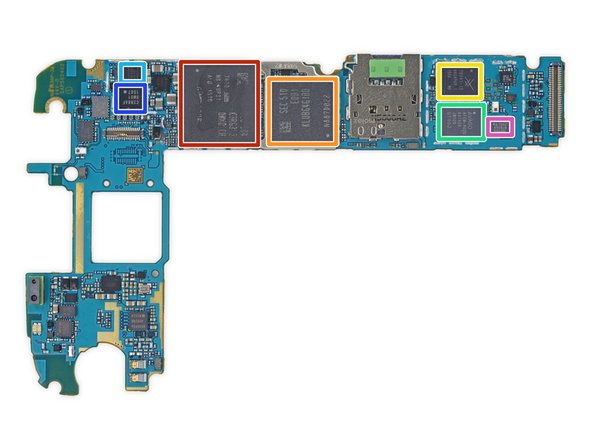 Back of the motherboard.

All these various components were broken down into their subassemblies, and they all were tasked with doing a distinct function. Clearly visible were the core processor, the image processor, the audio codec, the transceiver, the audio amplifier, etc. Different companies created most of these components, but they come together to create a whole that is worth more than the sum of its parts. I look forward to seeing more examples of design thinking throughout this term.

I found the readings from this week to be an excellent introduction to some of the foundational concepts of design thinking. The Lidwell reading, Universal Principles of Design, was a really concise and useful look at the various concerns and factors that are intrinsic in good design. I learned a lot of new principles that I look forward to applying in this course. The Arthur reading, The Nature of Technology: What It Is and How It Evolves, also contained a plethora of new and exciting ways to look at technology.

This past summer my family bought a new Samsung smart TV, so I had the opportunity to take apart our old Sony LCD flatscreen. By no stretch of the imagination could I be considered an electronics whiz, so I was mainly tinkering around out of curiosity. But now that I retrospectively look back at the process, I can identify a few concept from the readings. For example, when I de-blackboxed the TV by unscrewing its back plate, the components were clearly modularly assembled, which made maintenance, repair, and upgrading a relatively easy process. Comparing the remotes for the old LCD and the new smart TV was an exercise in design thinking, particularly the concept of a flexibility-usability tradeoff. Whereas the old remote had a distinct button for almost every function, the new remote was very simplistic, with only a few buttons.

Evolution of the TV remote. Final product is the Samsung One Remote for their Smart TV.

The actual smart TV itself can be seen as an example of the combinatorial technology process that Arthur promulgates. What makes it “smart” is its ability to interact and communicate with other technologies and devices. This interconnectivity is built upon the existence of a host of foundational technologies, such as wireless/bluetooth networks. What I find interesting is that all this technology already existed; it is the assembly of these technological components into one unit/product that we recognize to be a novel “invention”.