Last class Deborah asked, “If World War II didn’t happen, would computing be at the place it is today?” It was a very intriguing question, and at the time I pushed back on it slightly. World War II offered incentive, I proposed, to turn theory into application. However now, after looking at Vannevar Bush and the other inventors of the computer at a metamedium, I’m less certain. 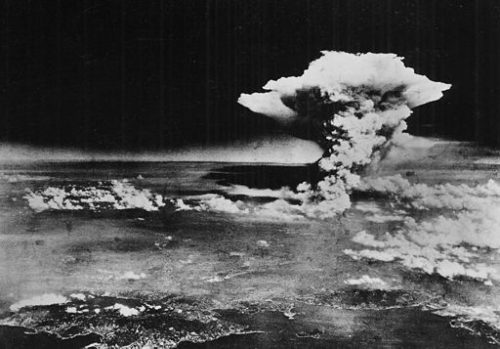 The second world war was a transformative moment for many academics. This transformation was not just because it allowed for the convergence of scholarly research, industry, and the military, nor just because the results were proof of concept. Those factors changed the nature of what was known and what could be designed, but the war also created an existential crisis for many researches involved in the construction of devices that caused mass destruction. There was a reactionary feeling to much of the computer design that came afterwards, a feeling that this knowledge needed to be reclaimed and used for more life affirming scholarship such as art and music.  This feeling was clear in Vannaver Bush’s essay,  “As We May Think:”

“The applications of science have built man a well-supplied house, and are teaching him to live healthily therein. They have enabled him to throw masses of people against one another with cruel weapons. They may yet allow him truly to encompass the great record and to grow in the wisdom of race experience. He may perish in conflict before he learns to wield that record for his true good Yet, in the application of science to the needs and desires of man, it would seem to be a singularly unfortunate stage at which to terminate the process, or to lose hope as to the outcome” (Bush 1945)

The leading computer designers were disposed to correct course after a brutal war. In turning their attention back to academia, they looked to remediate the tools of learning, while simultaneously building on the affordances provided to enhance what was possible. Bush hypothesized the Memex machine and Sutherland created Sktechpad, expanding what was possible for graphic user interfaces (GUI). The rise of consumer products markets, mass production of electronics and advances in modularization also laid the ground work for rolling out a personal computer. “The world has arrived at an age of cheap complex devices of great reliability,” Bush wrote in 1945,  “and something is bound to come of it.”

There was simultaneously a feeling that in, this new world order scholarship, lacked the tools to keep up with how rapidly life was changing. Douglas Engelbart, describing the current state of society wrote: “Man’s population and gross product are increasing at a considerable rate, but the complexity of his problems grows still faster” (Engelbart 1962). Bush’s Memex and Engelbart’s framework for augmenting human condition were attempts to formulate the necessary tools to make humans more capable and expand what could be made and known. 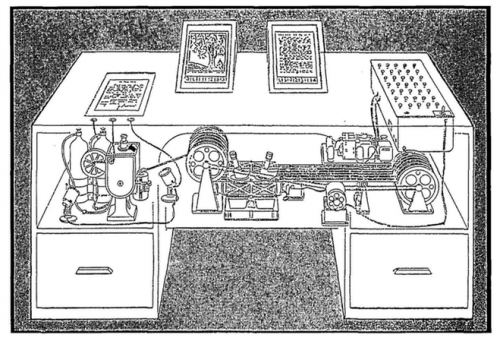 The two ideas of human cognition and cultural products were combined in Alan Kay and Adele Goldberg’s proposed personal computer Dynabook. Dynabook was designed as a “metamedium, whose content would be a wide range of already-existing and not-yet-invented media” (Kay and Goldberg 1977). The “not-yet-invented” part of this definition was key, as they were theorizing a device that was truly interactive, which meant learnable and easily programmable. Kay and Goldberg envisioned a personal computing device that could be sculpted by the users to perfectly match their purposes, eg. “an animation system programmed by animators” (Kay and Goldberg 1977). In their paper, “Personal Dynamic Media,” they describe how Dynabook will come with the programming language Smalltalk, making programming simple enough for grade-school students to learn. Unfortunately, as Manovich notes, the computer as a simulation for media, rather than as a tool of tools, was the eventual implementation. However, Manovich also notes that the improvements in programming language in more recent years, have been closer to the Smalltalk vision. Perhaps efforts like CodeAcademy to demystify programming will see some pushback on the prepackaged software industry. While that seems unlikely at the moment, the disruption experienced by the music industry and the film and television industries when the tools of production and distribution became simpler and more cost effective, may indicate that nothing is monolith.