As Norman said in the book Design of Everyday Things, “the term affordance refers to the perceived and actual properties of the thing, primarily those fundamental properties that determine just how the thing could possibly be used.” Affordance is the property of environment, it is exist in the relationship between animal and environment. It is like the accessible functions of the environment toward animals. So when Norman defined his version of affordance as perceptive affordance, I think comparing to the real affordance, perceptive affordance may be more meaningful in the design area.

The main function of a book is to provide information contained in the words to people. the size of letters printed in the book is able to be seen by people, and the white color of page, black color of letter is making words able to be captured by people.

The page of the book is made of wood paper, it is thin and soft, so as long as we touch the page of a book, we find it can be folded with the strength of our hands. Also as the physical constraints, the size of the page can only contain certain amount of information, which also indicates people to flip over the page.

As for the digital book, here is how it looks like in the window of iBook. 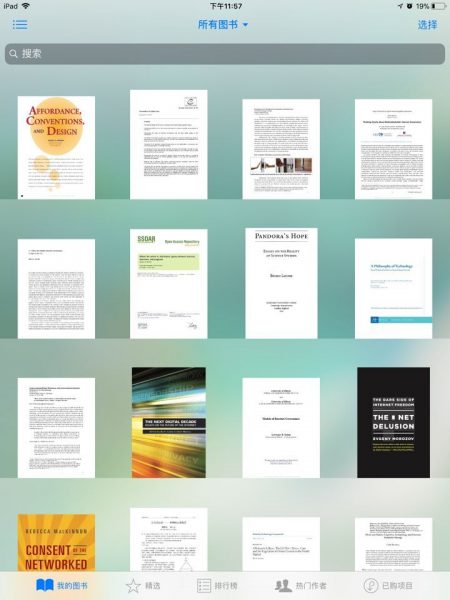 The window page is an interface of iBook app, it is the converge point between human perceptive cognition and app.

Touch icon to get book

It is being designed as a shelf; each book has the cover page stand in its little area. This icon of the book suggests us which book it is. And the touchable screen will make people try to touch the icon and thus getting the book. Also when touch at the blank area, there will be no response also indicate people should touch at the certain icon. To me, each icon is also like an interface between a book information and human perception process.

Touch to flip over

After the book is pumped out, when we finish one page, we will try to flip the page over. But as there is no optional icon or any other button, we will try to touch the screen again. And then we find touch the right part of screen can flip over to rest part of the book and touch left part can get to the previous page. 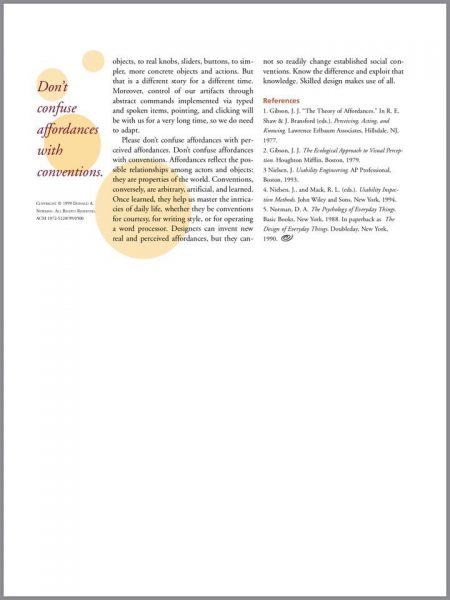 So when we finish the book or wanted to choose another book, we also know that we can only obtain that goal by touch screen. So when left part and right part is to flip over, we will probably try the central part. We touch the central part and the options show up. There are graphic signs indicate us the function of them. 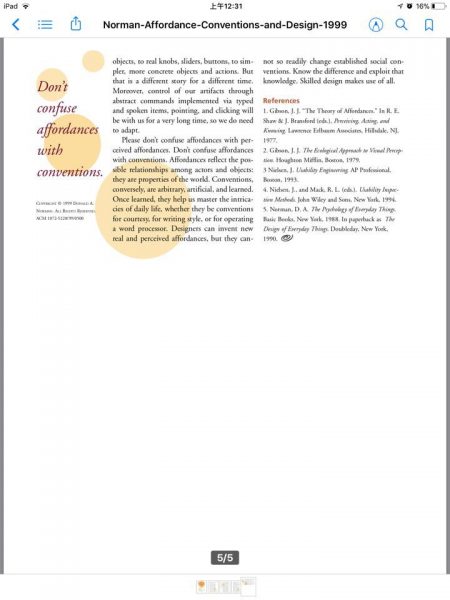 Also, if you press long on one word you can choose it, copy it, or look up in dictionary. The app is making information can be operated with different intention.