KuGou Music is a music software I used when I was in junior high school. First released in 2006 by China Music Corporation, KuGou was one of the most popular music players in China and delegates the first generation of Chinese music streaming and download service.

The “comment” function is a reason for users to download KuGou Music. My friends and I all enjoy reading or writing comments of a song while listening to it. Just as Debray mentioned in “What is Mediology” that technology and culture are not two separate things but are co-produced, this function is changing the music culture in China. In the comments, users write the composer’s story behind the song, their own story with the song and even number off across comments to see who is the 999th listener of the song. Sometimes, people can fall in love with a song not for its tune or lyrics but the story in the comments. Comments are becoming a new part of a song. In this case, technology changes the development of culture. The new culture of “song comments” in return encourages designer to make more technical improvement to the comment function to cater for users’ taste, like send notification to the user when his comment is liked by others.

Same as Debray, Latour also argued that “There exists no relation whatsoever between the ‘material’ and ‘the social world’, because it is this very division which is a complete artifact.” In the view of mediology, the reason why bees don’t have their own history but we human beings have is that human can transmit technical artifact and knowledge from generation to generation. To some degree, we can say that the current generation of bees are the copies of their ancestors. To move a step further, artifact transmission prompted human to invent new ways to preserve their cognition of the world, thus in this way, the human history are not only a history of human with human but a history of human with artifact.

Here, I’m trying to introduce the interface of KuGou Music (I have to admit that the readings this week seem a bit abstract to me) in the aspect of mediation including:

Similar with Apple, China Music Corporation releases a new version of KuGou Music. For better understandings, I chose KuGou 2009 and the latest version, KuGou 2017 as examples. 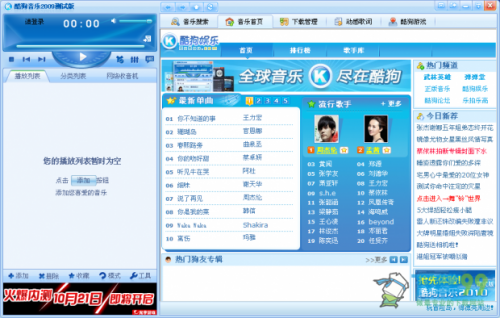 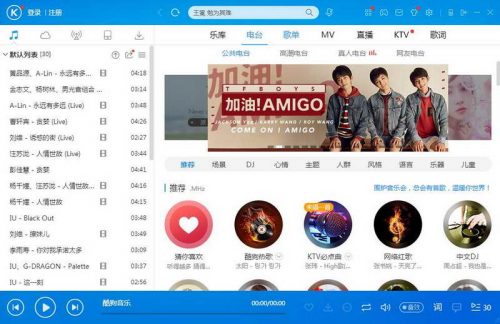 At the first glance, the user interface of KuGou Music 2017 is almost totally different with that of KuGou Music 2009: the progress bar goes to the bottom to have more space thus users can control the progress more precisely; the “recommendation” session helps users find songs they like; less words are shown in the interface and more spaces are left instead… By comparing the 9 versions of KuGou Music, I find that the designer keeps perfecting the algorithm of searching, enabling users find a song with a piece of lyrics or melody while in the original version of the software, users need to type out the exact name of the song.

Digital techniques are employed by KuGou, like signal transformation, search engine technique (provided by Sougou Tech Corporation). Besides, more advanced techniques are used to support individualized settings. Take the “recommendation” function as an example. The designer need first lable the songs and collect data of a user’s listening history on the software. Then, with “Euclidean distance” and “Pearson product-moment correlation coefficient”, the designer can figure out the user’s preference and recommend songs to him.

For a music streaming and download service, music copyright can be vital. Without copyright of songs, the software just don’t have enough songs to build up a library to attract users. In July, 2017, the company announced a merge with Tencent Holdings Ltd, combing the business of KuGou Music, Kuwo Music and QQ Music under one company. After that, KuGou Music, together with Kuwo Music and QQ Music, have the largest music copyright share, 62%, in Chinese market.

Irvine, Martin. n.d. “Working with Mediology and Actor Network Theory: How to De-Blackbox an iPhone.”