The readings this week provided a handful of extremely useful terms and concepts with which we can explore design theory and practice. While I believe them all to be of interest, I was particularly fascinated by the concept of “distributed cognition” and the implications it has on our technological landscape. The Hollins, Hutchins and Kirsch reading gave a compelling overview of the concept while applying it to various technological platforms and instantiations. Where I see it most clearly is in the use of the internet. 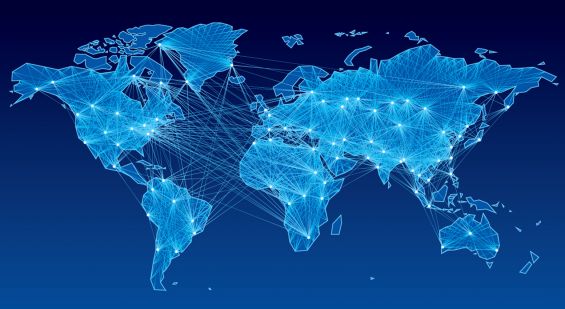 What I find interesting about distributed cognition is how it expands the boundaries of pertinent cognitive interactions to our broader environment, including the resources and materials around us. This expansion has been exponentially increased by the internet allowing us to access an far broader and deeper store of information and cognitive activities than ever before. Whereas pre-internet, I may have been constrained to interactions and information in my immediate physical environment or communication technologies of the era (telephone, books, tv, radio), I can now access real-time information from across the world in a fundamentally interactive way. The global community that has sprung up in the wake of the internet has undoubtedly had an effect on our cognitive processes and worldviews, which is the central idea of the theory of “distributed cognition”.

The networking of computers (and minds) that has been unlocked by this technology has had, and will continue to have, radical implications on how we conceptualize and interact with our socio-technological foundations and cognitive environment. I’m excited to see the Human-Computer Interaction implications of an entire generation growing up with such ubiquitous and immediate coordination of ideas and cognitive activities.