This week’s readings gave me more insight into the relationship between culture and technology. In his book, From Cultural Psychology: A Once and Future Discipline, Cole mentioned architects are the fundamental constituents of culture [I]. Wong also said that the invention of external storage of information was the watershed event in modern human behavioral evolution [II]. All of these statement point out the significance of symbols and symbolic cognition to us human beings. In this post, I’d like to talk about sundial.

What is a sundial 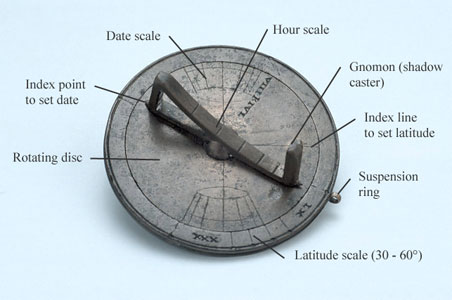 How does a sundial works

The working principle for a sundial is simple. Assuming that the sun goes around a stationary earth in a steady speed, we can say that the sun moves 360 degree everyday, i.e. 15 degree per hour. With the height of the gnomon and trigonometric functions, we can find the exact position of gnomon’s shadow on the dial at a given time. Therefore, we can tell the time from the numbers on the timeline. 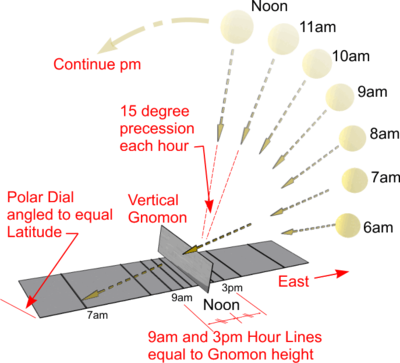 According to Norman, a sundial only contains surface representations of their information, as symbols are maintained at the visible “surface” of the device. However, an icon shown in the computer screen can have more meanings instead of merely “an icon”. The icon of Recycle Bin, as an example, is in the shape of a trash bin, indicating that users can find the deleted files here. File recycling is the internal representation of this icon.

Imagine a man in ancient times who wants to know the time. He will take two steps for the answer. First, look at the dial. Second, read the number on the timeline aligned with the shadow.

According to Norman, artifacts can:

In fact, using a sundial itself is a task for the man. He need to learn the meaning of the shadow ahead; and when he is using the sundial, he also need to remembering to find the position of the shadow, read and interpret the numbers. In this way, the original task is replaced by four different small tasks.

The solution of the problem also involves another function of cognitive artifacts, as this ancient man’s action is on the premise that he know the meaning of words and numbers on the dial. Norman once said, people are special for their ability to modify the environment in which they live through the creation of artifacts[V]. As for Russian cultural-historical scholars, they also hold the same idea:“Humans modified material objects as a means of regulating their interactions with the world and one another[VI]. In other words, these “tools” not only change human’s position from preys to conquers but their mental world. With the appearance of language, the development of human beings took a stride to an age of abstracting material into symbolic cognition. People reach a common sense of dividing the time of “one day” into 24 pieces and using “an hour” for one piece, transforming the abstract concept of time into something that is visible.