During the introductory video of “Symbolic Cognition & Cognitive Technologies”, Dr. Irvine expressed “cognitive technologies now generate accelerated technical advances through continued combinations… Now we are facing the limitations of understanding and making sense of the massive accumulation of data that we are generating”.

He also poses the question “How did we get here? What is it about human symbolic faculty and the structure of symbolic systems that help us develop cognitive technologies?”

There are specific characteristics about symbols and symbolic cognition that not only makes it a good fit for the development of cognitive technologies, but more importantly, it is the enabler of said technologies and their future advancement.

Let’s look at the GPS and how we interact with it, trying to apply the previous characteristics mentioned by Dr. Irvine and the basic principles of cognitive artifacts expressed by Michael Cole on On Cognitive Artifacts. 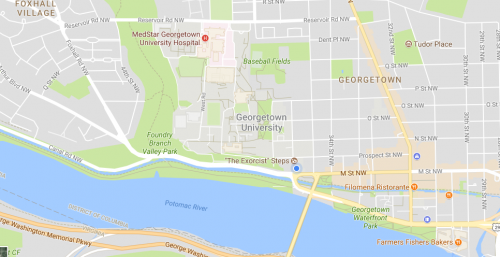 First, Cole talks about “Mediation Through Artifacts”(p. 108) to explain that human psychological processes emerged simultaneously with the behavior of modifying material objects to regulate their interactions with the world and one another. Basically, the process of making tools it’s intrinsically linked to a behavior, a way of thinking, that guides to manipulate and shape our “tools” not only to create more tools but to shape the way we communicate as a society and the way we interact with said tools.

Creating tools is the tool of tools. Cole cites C.H. Judd(p. 109) to explain in a clear way this new ‘mindset’: “[man]… does not develop more skill in the use of claws of teeth to cope with the environment. He has adopted an indirect mode of action. He uses instruments”.

Scene from “2001: A Space Odyssey” by Stanley Kubrick (1968). It illustrates the jump in human symbolic cognition: from making tools to technology.

If we think about the GPS it is very clear that it is a cognitive technology that is the combination of previous different technologies, previous ‘artifacts’. In a way, the combinatoriality of technologies is due to our symbolic cognition in how do we produce the tools so that it is ingrained in them the possibility of improving, creating more tools, or combining with a bigger system.

Secondly, Cole talks about “Historical Development”(p. 109) and says “in addition to using and making tools, human beings arrange for the rediscovery of the already-created tools in each succeeding generation”. The GPS couldn’t exist if the technologies that are combined in its system weren’t designed in a way that would let them create new symbols, interpret them and create new systems, that ultimately allowed them to combine together as the GPS. But also, those previous technologies were designed in a way that allowed them to be improved by future generations, in order to find new ways to put them together and link them to it. He says ” becoming a cultural being and arranging for others to become cultural beings”.

Third, he mentions “Practical Activity”(p. 110): “the analysis of human psychological functions must be grounded in human’s everyday activities”. This one is very self-explanatory when it comes to the GPS. Not only do we use it and interact with it everyday, but the advances that can be made on it are solely driven by human’s everyday interactions with it. Not only it’s the driving force, it’s the purpose.

Tertiary artifacts: can shape the way we see the actual world.

I believe the GPS falls in between secondary and tertiary categories. In a way the GPS it’s a representation of a primary artifact, the map, and transmit the same modes of action that a map does. But the GPS it’s more than just a map. The characteristics of the different combinatorial technologies that are part of the GPS allow for a different interaction with it, that shapes the way we see and interact with the world more profoundly than a map.

For example, we can see real-time changes in maps such as traffic, events, classification of nearby places, etc. Also it is able to re-route you taking into consideration these conditions. It is able to predict ETA depending on time of the day and previously stored information about the conditions of your route. You can also customize your interaction with it in many different ways. And let’s not forget that it has built-in functions that are more capable of self-improvement and analysis than the previous technologies combined in it.