When Deacon (1998) suggests that comparing non-human species communication with the use of a language is misguided, I wonder, using the same logic, why is it adequate to say “machine language”, or to consider encryption a non-human language? Is the symbolic representation embedded in their design enough to characterize them as languages?

If we assume that they are languages, one of their important aspects is that, to be produced, the mediation of gadgets such as calculators, computers is necessary. Going further, it is like to say that human beings produce technologies that allow them to create new languages. But I wonder what is the role of technologies in this creation? Can we say that they are co-creators of new languages?

The implication of a co-creator is the possible autonomy that one can foreseen for such technologies. I am here concerned with the foreseeable number of artificial intelligent machines that tends to populate our society more intensely, and their own role on that as co-creators. What could we expect? Is the ex-machina movie a plausible answer to this question, showing the autonomy of a robot taking an unexpected decision to the audience?

In this direction, one phenomenon studied by some scholars (the Brazilian Sergio Amadeu, for example) is the privatization of memory. The use of memory devices is a fundamental aspect of the current stage of technology and society development. Memory and memory slots could be considered, in Norman (1991) words, “cognitive artefacts” that contribute for our collective intelligence.  The capacity of storing kilobytes is now converted into terabytes or more. Through the readings I wonder if one can assess accurately to what extent technologies are co-agents, contributing to changes in our communication behavior, and consequently, in human beings’ language. I am not talking about the differences in spelling words, in building shorter sentences, etc. Because we are becoming more and more dependent on artefacts, such as code and decode encryption devices, our dependence on machines, and consequently, on companies, for us to save information – images, facts, knowledge – and ultimately to speak safely – is really disturbing.

The connection between theory of design and industry evolution is really instigating to think about how technology is embedded in society. Technology can be the engine of some changes, but can also be a consequence of that. Studying the relationship between economic and technological phenomena is really powerful.

When I was in Japan 3 months ago, I had the opportunity to have a longer conversation with two random Chinese men on vacation there, and both worked for the cellphone industry. One seemed to be the owner of a company which produces very small pieces of a cellphone, that I can’t even explain. The other was an employee of a company that produces glasses for cellphones displays. I started to imagine how many small companies can exist to produce very, very small pieces for this increasing mobile phone market all around the globe?

The distribution of the supply chain of this industry, however, doesn’t show the core aspect of it. How the modular characteristic of both devices and their production can alter the power relations involved on this dynamic? Producing the part doesn’t allow one to produce the whole. The definition of the design and the module and interconnection standards are in the core of the power relations.

In the past, in developing countries like Brazil, we used to criticize our economy for providing orange to developed countries for then, buying ready-to-drink orange juice. How does this differ from the production of small parts for electronic devices? Is this only a move from rural to urban production? If the national industry doesn’t incorporate the capacity for being in charge of the definition of the “visible design rules” –  the architecture, the interfaces and the standards – as well as the hidden design parameters (Baldwin and Clark), no changes in the power relation between developed and developing countries will be seen.

But there are some interesting movements happening. I wonder if the companies that produce iphone micro-parts are the same ones that produce Huawei and ZTE components. Are these Chinese companies unexpected consequences of modularity? Huawei phones, particularly, are so appealing and have so good prices, that governments like the U.S. need to act in other layers, such as market regulation, to control their entrance. Cybersecurity issues are also part of the concerns. 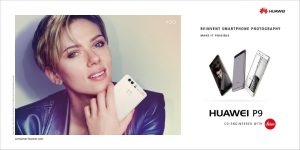 Although I have more questions than answers, there are some tips around us. I just bought a new Samsung phone and it is said to be “made in China”. The same occurs with iphones, according to what I read on this article: http://www.macworld.co.uk/feature/apple/are-apple-products-truly-designed-in-california-made-in-china-iphonese-3633832/ Interestingly, the journalist here tries to explain the supply chain of an iphone and where its components are produced. This becomes a very tricky task. Because modules are composed by very micro components, when listing the companies and countries where the small parts of an iphone are built, the list isn’t able to show the preponderance of China. Instead, it seems to show where the modules are assembled (please see the list on the article). This is fascinating. How many layers below the journalist would need to go to have a list that would really explain why an iphone has a “made in China” message on it? I don’t know.

I have some critical considerations on Brian Arthur’s approach. Because he is influenced by the natural sciences and the Darwinism, he completely ignores the social dimensions of the phenomenon under study. He becomes what I understand to be a technology determinist. This doesn’t mean that the principles he brings aren’t useful, but rather that one would need to complement the analysis of the development of technologies with a more social approach to understand other drivers that contribute to it. In this direction, Lev Manovich, with a grounded and inductive approach for building the media software history shows the substantial relevance of social forces to what we see today, including the social conditions of production and the software market constraints.

Anyway, I’ve enjoyed the idea of using Arthur’s principles of combination and recursiveness to see beyond my “black-boxed” Smart TV. Looking at it now, it is not a flat screen with a very thin depth anymore. Maybe it is a combination of my old TV set with my old PC set. I can imagine the monitor, the microphone, the speakers, the camera and the tower all combined in this new modern device. Within it, it is possible to have a video board, a soundboard, a slot of memory, a hard drive, a cpu, a network board, wi-fi components, and many slots to connect the small chunked parts, all of them made by circuits and transistors. There is also the software, the operational system, to mediate our relation with the device. At the end of the day, even if I have a connected TV, it was designed to have a locked-in internet (an intenet.org!).

I wonder which small parts come directly from the old tube-TVs in the combinatorial processes that generated the Smart TV. I found an interesting blog post explaining how to transform our old TV in a smart one, showing that the video function of old TVs could be kept, being necessary to add basically processing capacity, memory and connection. Here is the list that we would need to buy:

Anyway, I can’t accept the “evolution” of TV sets fully explained by technology itself. And there are more than “human minds” out there. There is society, all its interests and constraints.