“Photographic genres became connected to the social institutions and social class functions that continue to today: documentation, news and journalism, family rituals, advertising, portraits, personal snapshots (with the development of inexpensive, small portable cameras), and the remediation of artistic genres (landscapes, still lifes, portraits, nudes).” (Irvine, 5) In other words, when comparing these photographs, I attempt to understand why these photographs were made? How did the social mood affect what was being captured?

A photojournalist, Wolcott’s job consisted of reporting and documenting the functioning of the cotton industry, as well as the working conditions on cotton plantations. The social-cultural function of Wolcott’s photographic image is mainly to document. Although it wasn’t published for public relational purposes and wasn’t received in the newspaper, her boss, “dreamed of creating a photographic archive that would embrace the American experience” (Mason,). In 1939, the beginnings of racial segregation began to define the American experience: access to everyday life activities and opportunities – including but not limited to entertainment centers, public transportation, employment, and education – was separated according to racial ethnicity, specifically between African Americans and white people. Her photograph of an African American at an entrance specifically for people of color is a token image of racial segregation at the time: showing the “colored” vs “white” signs; usually one person is shown; if there are two, it’s one of each racial ethnicity; and they are usually captured in 3 different spaces: theatre entrances, water fountains, and then in the post-1940s, they were retokened in buses, where groups of African Americans would be seen at the back of the bus, while white people sat in front. Here, Wolcott captures a theatre entrance for African Americans in Mississippi, with both the segregational signs (on the door, it reads: “white men only” — for the bathroom; on the staircase, “colored admission”). In addition to its geometric aesthetic and the interplay between light and dark, this photo is iconic, in the sense that it captures one of the many realities of the experience of race and segregation in America. In an interview, Wolcott explains “I was really interested in that I was photographing and I was looking for something that would be, well, more useful or had more purpose to it” (Interview), in comparison with photos that she would take for the newspaper. By “transforming a mundane scene into a complex composition with deeply layered meanings” (Mason,) , Wolcott successfully depicts segregation, burdened with alienation and humiliation.

“[Indexical Photographs] that is, ways in which the image stands as a reference to or trace of actual phenomena (Elkins 2007)”

“Sontag takes a particular position within debates about realism, stressing the referential nature of the photographic image both in terms of its iconic properties and in terms of its indexical nature. For Sontag, the fact that a photograph exists testifies to the actuality of how something, someone or somewhere once appeared. Max Kozloff challenged Sontag’s conceptual model, criticising her proposition that the photograph ‘traces’ reality, and arguing instead for a view of the photograph as ‘witness’ with all the possibilities of misunderstanding, partial information or false testament that the term ‘witness’ may be taken to imply (Kozloff 1987: 237).

In other words, what makes a photographi iconic? 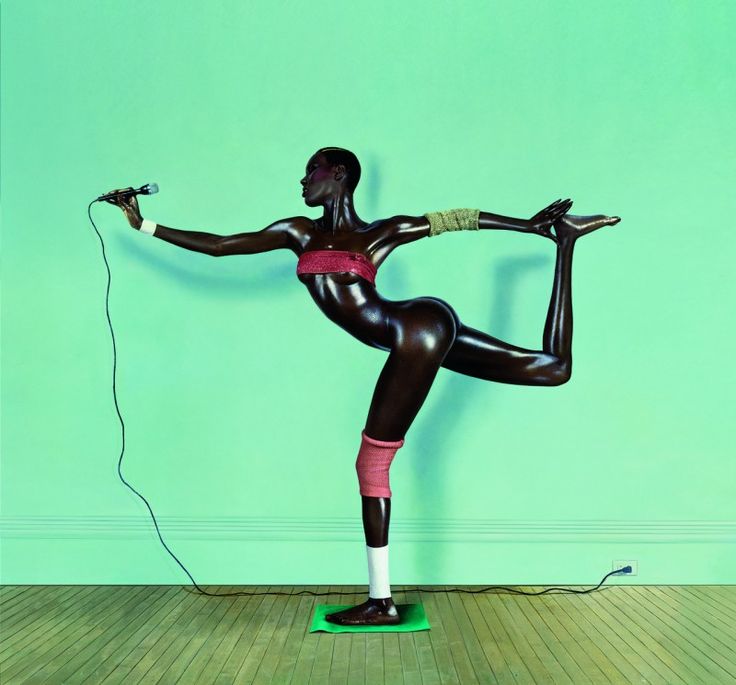 This photograph is indexical in the sense that it marks the beginnings of the conception of photography as art: it does not seek to document, report, publicize or advertise, nor does it seek to tokenize social rituals. Instead, this photograph seeks to empower the image of African American women, despite its critical reception at the time it was released and even today. Jean-Paul Goude wanted to convey his love for African Women and beauty – coining the term “Jungle Fever” through the name of his autobiographical work. In addition, his photographs of (and love for) Grace Jones empowered her image: he seemed to present her as a strong female. However, his photographic images were deemed fetishizing the exotic by the public and visual culture. “It was argued that the term ‘nude’, central to the visual arts tradition, lent a guise of respectability to the practice of naked women being objectified for fantasy libidinous gratification” (Critical Introduction, 326). The duality between “erotic fetishism” and “nude female empowerment” render this photograph an indexical and iconic piece. Moreover, Jean-Paul Goude wanted to communicate the impossibility of creating such a pose through his manipulation of the image in a pre-digital era. This image is iconic as it embodies what we call photoshop today and precedes the digital era we live in today. Jean-Paul Goude was able to create this image by taking multiple shots, and cutting and sticking pieces together into a final collage, in order to create the impossible pose Grace Jones was taking.

Recent: On Tokens of A Genre

What makes a moment worth capturing? 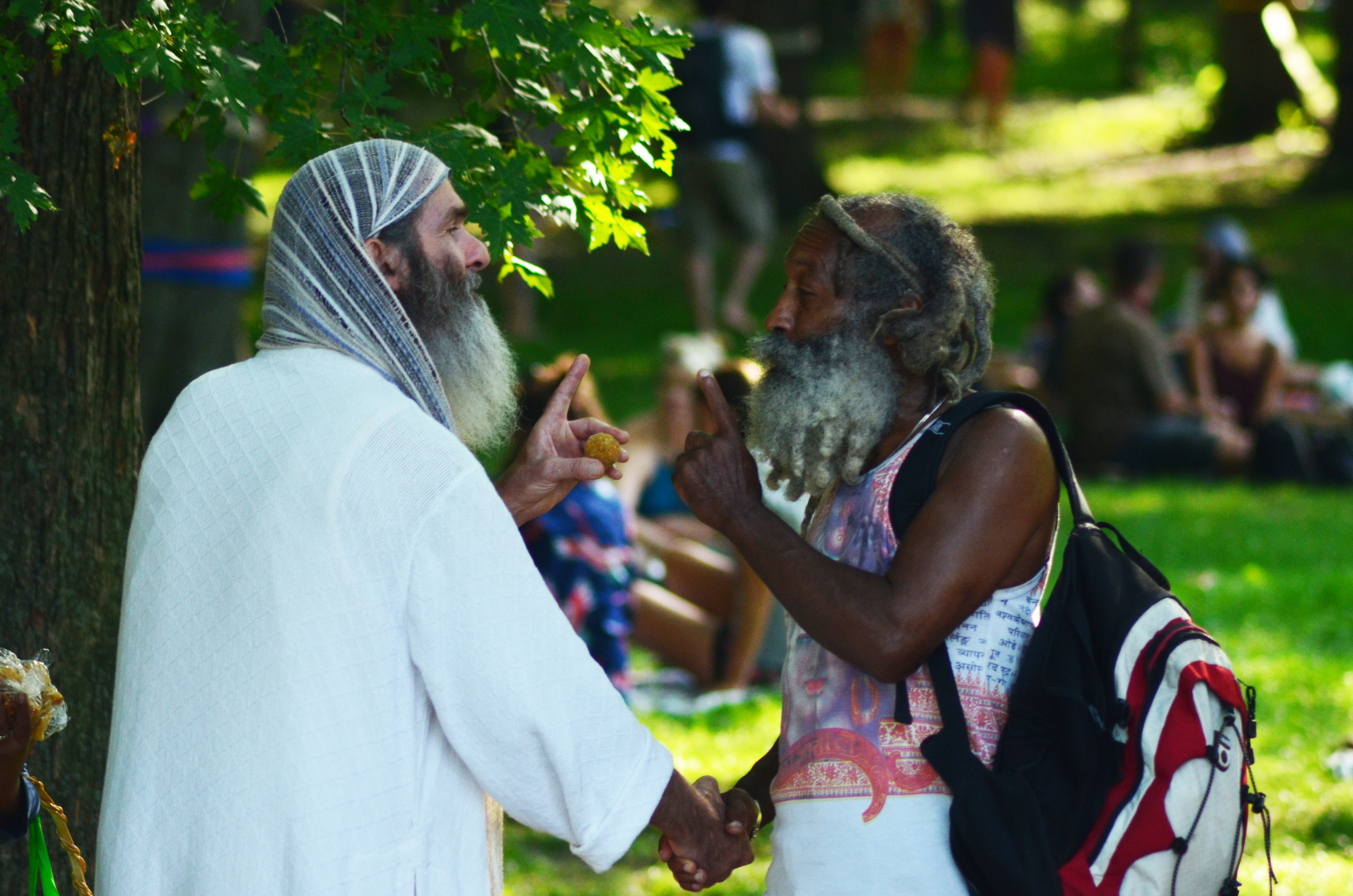 This photo is a typical instance of representing “peaceful” and coexisting interracial relations: a two-shot, a handshake, same hand gesture/mimicking one another. The photo was certainly edited to mark the contrast in racial differences, but also not so much in a way that perpetuates racial discrimination (usually, when you want to represent minorities, they’re darkened, but here, he is brightened). As such, the composition of the picture isn’t “original”: there are hundreds of pictures of politicians and world leaders shaking hands to represent peace; etc. Nevertheless, these photographic images, as tokens of social rituals, serve as additional tools understanding the world we live in today and making sense of what is happening. Sunsets are constantly being captured because we live in a technologically emprisoning world, so sunsets reflect our connection with nature and our appreciation of Mother Nature’s beauty. The same images of food are endlessly being reproduced on social media perhaps because food trends are becoming more and more international, but also because we live in an era where we’re fighting against food shaming and body image. And finally, the fact that I found this moment worth capturing was probably due to the fact that we live in a time where we’re advocating peace, among racial ethnicities (after all, this was taken at a hippie festival).