A few of the readings stood out to me this week; Visible Signs and De-BlackBoxing Meaning Making in Art and Visual Media.  Both unpack the signs and symbols used in everyday conversations to understand and deconstruct how communication works. Such a system becomes a visual language where such “signs and symbols are given and received with the same form of correlation among instances of patterns and meaning associations” (Irvine, p. 2). Explaining how such structures create meaning systems are not able to be observed but rather make possible everything that we can observe. It becomes a sort of “visual language” to understand the world around us through such codes.

These readings remind me of a class I took my second semester Junior year called Romantic Legacy of Anthropology class. We looked to German philosophy to understand the romantic impulses within the field of anthropology. Meaning-making is not only restricted to conversations and so forth but can be stretched to encompass culture. In class we talked about hwo culture is a meaning-making machine and is constantly creating meaning but nonetheless culture seems to take an internal nature and we experience such meaning within our minds. Anthropologists don’t have easy access to this system so to unlock such a process, they look towards operations and relations. Alfred Gells and Franz Boas, two social anthropologists, learned how to “de-blackbox”, if you will, primitive forms of art by creating indexical relationships of objects in the world for anthropologists to easily observe and understand them. Index is one of the three categories within the sign-making system; symbol, index and icon. They each stand in for an idea or represent something, for example and index could be smoke that stands in for fire but indexes the material existence of fire.

Keeping these concepts in mind, I was able to generate a list of research and interpretation questions for “Labyrinth #1 (1950)” by Adolph Gottlieb, a contemporary of Paul Klee. His work immediately reminds me of Egyptian Hieroglyphs in the way they are oriented and placed in relation to each other. Given such a comparison: Was Gottlieb exposed to Ancient Egyptian artwork while creating this piece? Does such a piece that is composed of various signs and symbols enter into a conversation with other cultural signs and symbols, say that of Ancient Egyptian culture? 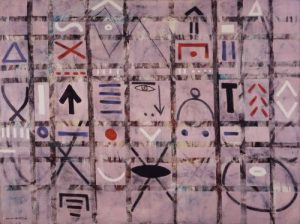 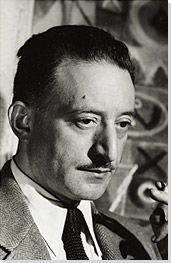 A quick google search of the artist gave me more of a background into his intention of his works of art. Gottlieb would indeed introduce inventive symbols in this artwork yet if he “discovered that a symbol had a recognizable meaning within either Western or tribal art, he immediately removed it from his painting vocabulary as part of his quest for a collective unconscious.” He is thus intentionally filtering out signs and symbols to achieve a certain state of the sublime for his viewers. Yet does he accomplish such a task in his Labyrinth? Why is it called “Labyrinth”? 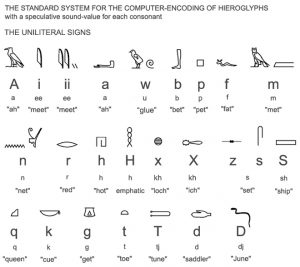 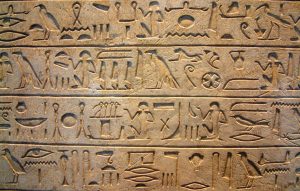