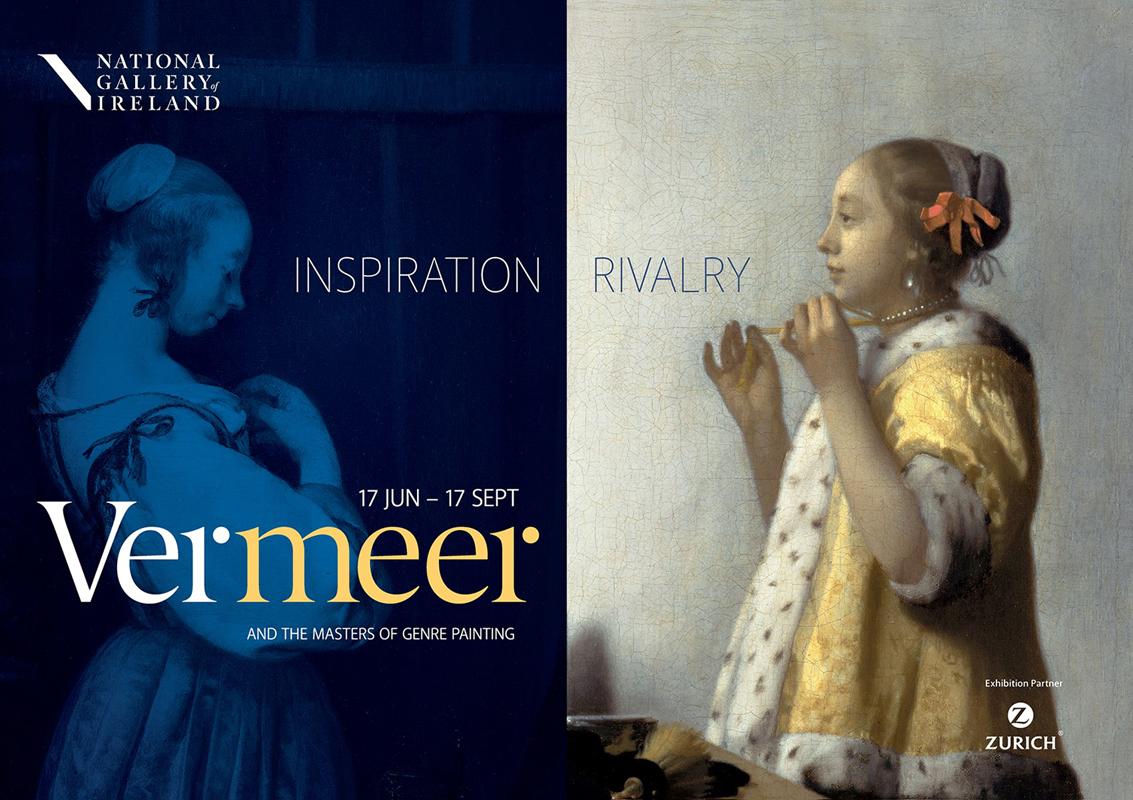 Having grown up in next-door Belgium and visited many art museums in Europe, I have encountered a good deal of artwork from the Netherlands, and I knew that Johannes Vermeer was one of the big names in that field (the book and movie Girl With A Pearl Earring also made me more familiar with his story). But I have to say, I’d never really thought about the many ways in which Dutch paintings reflected the many important truths about life in Holland during this era. I had yet to really explore the historical context of 17th-century Dutch artwork, in other words.

The setup of this exhibit at the National Gallery of Art was definitely an effective way to better appreciate the dominant themes of Dutch artists. For instance, whereas I might otherwise have seen paintings of girls writing letters and not thought twice about why they might be writing so many letters, this exhibit underscored the very reasons. It’s because their husbands were often out at war, or off conducting trade, which tells us something about the constant state of affairs in Europe throughout this time period. Also, it was pretty clear that pearls were recognized as objects of wealth in that time– much of the conflict of Girl With A Pearl Earring revolves around the social consequences that might arise if people were to see a common girl wearing such a luxury item in painting– but I had never guessed that parrots might be seen in the same light until this exhibit pointed that out.

Who knew that there was so much underlying social commentary in all of these Dutch paintings? Furthermore, I’ve now been acquainted with some of the other big names from this period beyond Vermeer, including Gerard ter Borch and Gabriel Metsu, whose works were prominently featured in the exhibit alongside those of Vermeer. The next time I visit the National Gallery of Art, the Rijksmuseum in the Netherlands, or the Fine Arts Museum in Brussels, I will have a lot more to keep an eye out for, thanks to this assignment.