“Taking a picture” has become one of the critical approach for us to interpret or record the reality in the digital age. Whether a memorable journey, a birthday party or other important moments in our real life are transformed to digital information, pixels and codes on a 2D screen which “can be moved around the world at high speed, it is a quantifiable, it is a commodity that can be traded in and it is separable from its instantiation in a medium (it is detachable from its substrates)” (Lister, 2013). The photography is the medium during this transformation. Is it only a technology which allows us to perceive, document or present our real life more conveniently? It’s definitely not. “Traditionally, photography has been studied as one of a number of kinds of object, each in relative isolation: most frequently as a form of visual representation, but also as a technology of mass reproduction and hence sociological significance, or as an object of social and anthropological interest” (Lister, 2013). Next, I’m going to discuss the “true value” behind the photography by analyzing three photographs from different social context. More importantly, I want to think about what have lost during the evolution among these three photographs. 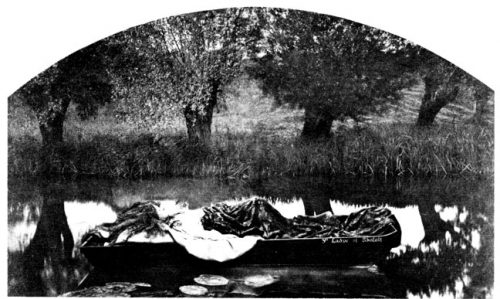 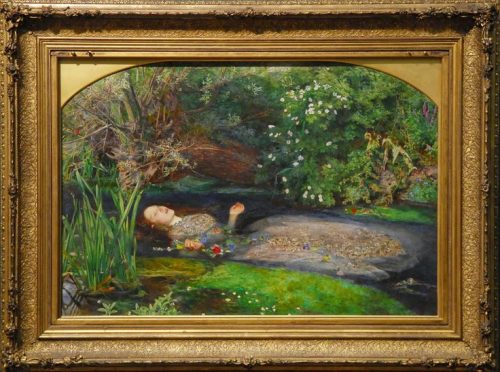 Since the early 16th century, camera obscura, the predecessor of photography, has been used by artists to project a 3-D view of the world onto flat surfaces for tracing, thus helping them master the difficulties of perspective and proportion (Buckingham, 2004). The photography technology served as a “secret tool” to improve the presentation of paintings at the beginning. However, it became a composition of art works in the 19th century. The Lady of Shalott (1861) by Henry Peach Robinson in this week’s reading is a great example to illustrate how an artist incorporated the photography in the painting and created a composite picture. The photograph is unique for it is the only known photograph that illustrates this subject so popular in painting and book illustration. The photograph “borrows from both Tennyson’s poem and Millais’ painting of Ophelia from Hamlet. Many of his photographs were multiple prints. He would first sketch the picture he wanted to make – just like a painter – then separately photograph the individual components. Finally he would combine the cut-out figures, masks, and backgrounds and make one large contact print” (Buckingham, 2004).

The Lady of Shalott is a representative work of composite photography in Victorian Times.  “Meanwhile, a whole industry was born, mass-producing photographic cards and prints, and manufacturing albums, frames, and cases. It was boom time for almost anyone who wanted to set up as a professional photographer” (Buckingham, 2017). Composite photography was derided as artificial on one hand and as a precursor to Dada photomontage. But it is important to understand this peculiar and particular method of literally “making” an image, in its own cultural context. Victorian composite photography has its charms and those charms, as dubious as they may seem today, and can be understood as a step towards the idea that a photograph could be a work of art. Besides, composite photography which assembled multiple photographs into one print, solved many of the problems that dogged wet plate photography with its inconveniently long exposures (Willette, 2015). In my opinion, it also can be recognized a predecessor of Photoshop which can combine parts of different images as a integral new picture. 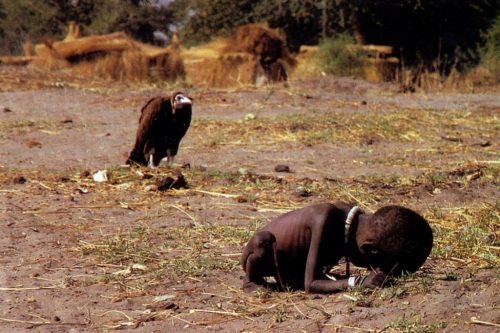 Kevin Cater, The vulture and the little girl (1993) (Source from The Unsolicited Opinion)

The second photograph The vulture and the little girl (1993) is one of the most influential photojournalist photo in the 20th century. When this photograph capturing the suffering of the Sudanese famine was published in the New York Times on March 26, 1993, the reader reaction and not all positive. Some people said that Kevin Carter, the photojournalist who took this photo, was inhumane, that he should have dropped his camera to run to the little girl’s aid. The controversy only grew when, a few months later, he won the Pulitzer Prize for the photo. In July 1994 he took his own life, writing, “I am haunted by the vivid memories of killings & corpses & anger & pain. (Neal, 2017).

The socio-cultural functions of the photograph not only represent the fatal famine, cruel war and poverty in South Africa to the international world but also raised the debate over when photographers should intervene. This photograph is a very powerful medium for journalists to show the “truth” in our world. It is more powerful than hundreds and thousand of words which gets the audience to comprehend and see with their own eyes the dire situation that Africans are facing. Furthermore, it symbolized the social and political issues of Sudan. The civil war is mainly what was causing the severe starvation in Sudan, which is portrayed in the photo, since it was driving people away from their homes, which is where their food sources were  (Struck 1993). This single photo of one child does an excellent job of summarizing the immense distress the entire country was enduring. The photograph creates many dialogues with the audience. The harsh reality in the photograph stimulated the profound thinking of the audience about serious social, political and economic problems in South Africa and the ethical issue of photojournalism. Besides, the photograph may become a strong motivation for people who want to change the situation. 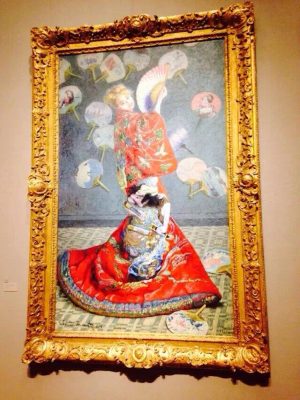 The third photograph was taken by my iPhone when I visited the Museum of Fine Arts in Boston. The large-scale painting and its Japanese elements caught my attention. ” Monet created a virtuoso display of brilliant color that is also a witty comment on the current Paris fad for all things Japanese” (La Japonaise). I post it on my WeChat Moment which can be seen by people who I know in my real life. The painting has been transformed into pixels and codes on my smartphone and transmitted to my friends. I added a filter to the picture and changed its exposure which are based on my own interpretation and aesthetic. The photography is more like a recreation of the original painting as well as a certification which showed that I have been to the museum and appreciated the Monet’s art works.

During the transformation and transmission, the real size and color of the painting have been lost and distorted. The time I spent on taking pictures may be more than the time which was spent on appreciating the original work. For the audience, the texture, size and the surroundings of the painting are lost we they see my digital picture. For me, I lost my attention to the original painting. “While we are clearly in a world where we can simulate and extend all older media through a single kind of machine, the computer and its software(s), we are surely a long way from being in a state where we have one metamedium” (Lister, 2013). The meta medium derives our feelings and senses of the reality to some extent. It can be applied to the former photograph I discussed. The viewer of the composite photography of The Lady of Shalott cannot willingly suspend disbelief and imagine that he or she sees the Lady on the river. Rather, the viewer sees a model lying in a boat merely pretending to be the Lady of Shalott. The photograph exemplifies the limitations of photography as an illustrative medium. The audience of the The vulture and the little girl can not have the same feeling as Kevin Cater who sees the scene with his own eyes.

Meanwhile, true value of photography can be displayed by these three photos. Photography is “‘one of the great emblematic artefacts of modernity’ (Tomlinson 2007: 73). It provides more possibilities for us to interpret and record reality. It allows us to create a imaginary world like Robinson does. It expands our horizons and preserve our moments permanently.