“We must expect great innovations to transform the entire techniques of the arts, thereby affecting artistic invention itself and perhaps even bringing about an amazing change in our very notion of art” – Paul Valery

From our previous classes and visits to variety museums, there are lots of evidence which are the great masterpieces helps to improve the concept above from Valery, we saw many transform or remix arts exhibition collaborates the new technology and concepts to gradually develop their own and unique interfaces presentations to the public. The Toulouse-Lautrec was a great example to embrace the lithography technology to reproduce the new format from traditional graphic art and its popular since 1990 from Paris, it’s apparently leads the art from elite to the street, from the untouchable theme to an easy-going condition. “Lithography enable graphic art to provide an illustrated accompaniment to everyday life

It began to keep pace with movable-type printing. But only a few decades after the invention of lithography, graphic art was surpassed by photography” (Benjamin, 252) Obviously, it’s shows the development of the art in general, people does not satisfy by the current model of art and continually developed the new format to present their ideas, as a big fun of photography, I always appreciated the people who develop this magical technology can help people to instant catch the moment which they want. When we have begun use the eye to looking into the lens, the whole world going to change, no more brush or sketch to let you record and save the scene, this “black box” as part of the most valuable innovation from last century will being unforgettable for as long as they can.However, keeping the authenticity is a major concern when the new technology begins to reproduce the original art or way of thinking. Since when the changes in the medium of the present perception can be understood as a decay of the aura, it is possible to demonstrate the social determinant of that decay (Benjamin, 255). That part never has the same opinions on it, people has different concept of the aura, usually people define “the aura of the latter as the unique apparition of a distance, however near it may be.” It’s not profound or solid formula can be insert to any art, personally the aura is like an intuition from the viewer to appreciate a specific art or artist, it indicates another fact that is always has the social basis of the aura’s present decay. I always think the whole social function of art is revolutionized, the reproduction of a work designed for reproducibility will never nailed down to a single and plain definition. Photographic itself has many details can be evaluated even judged according to the traditional concept. From the historical perspective, the art of photography do not meet the long history like traditional art, so it’s still under the cultivation of art for the public because they do not develop a complete appreciation function to support.” Pictorial language has not matured, because our eyes are not yet adapted to it. There is not yet enough respect, not enough cult, for what it express.”  (Benjamin, 259) 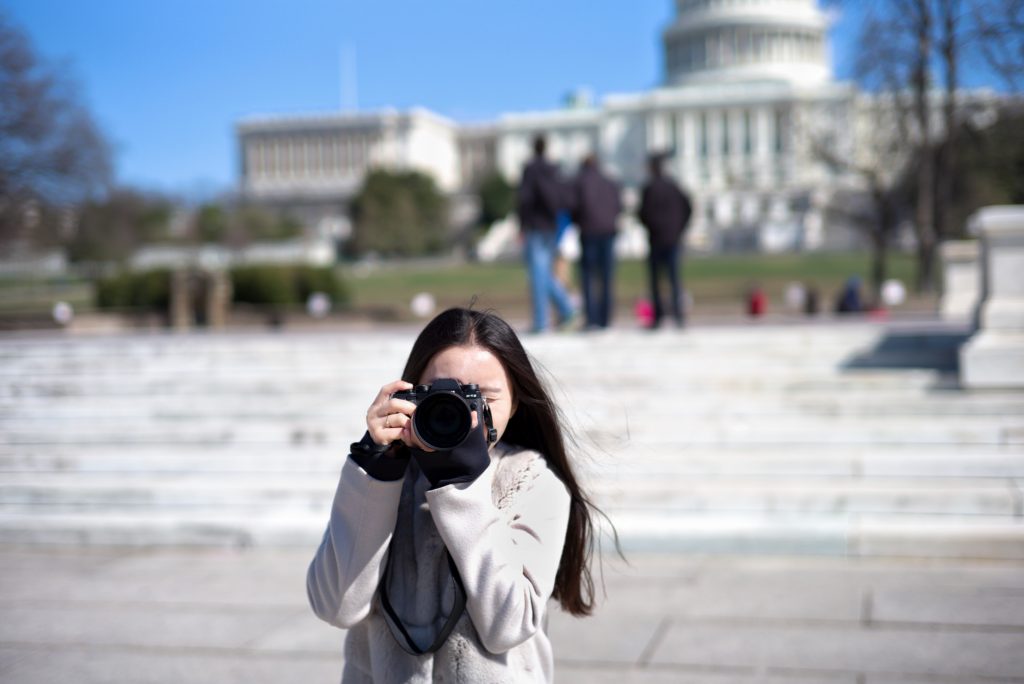 In addition, many people appreciate the photography it’s often because the photo portrait themselves in a better way or there is some special character from the photography attracted the viewer, and no one can say their empathy is from the camera itself, you only can see its approach of the new testing, in a relatively independent way, the photography got the attention from the group of certain people. Because of the camera provide an object of simultaneous collective reception, it’s easier rapidly catch people’s eyes and focus to the representation. “photographic reproduction can only provide decontextualized, disassociated views of artefacts isolated from complex and widely differing cultural functions; photographic reproduction technologies need to mobilized for democratic principles, and used with an awareness of the dangers and misrepresentations when artefacts are reduced to reproductions.” (Irvin, 3) That condition it’s as same as the lithography going to the street, the “fatal nature of technologies means that art is going to the masses.” (Benjamin, 292) We have to admitted the art or production of photography indeed open a window to the pubic which is vital to the masses to understand multiple version of art expressions and even “easier” for them to produce the art by themselves. Up to now, the artworks continued to be received the further technologies and employed by cultural institutions. (Irvine, 11) The digitization technology and online digital platforms support a new scale of the art, the context of the art and “art history” is no longer like before and they all translate to the digital language. Even museum, library still exists and embrace all over the world visitors to see the authentic works. But there are tons of people can directly go to see these art pieces online and zoom in and out to see every detail of the art works. Can you say no to this new method to approach your favorite art? I don’t think so.

“Photography, which started in a humble way as a means of making known acknowledged masterpieces to those who could not buy engravings, seems destined merely to perpetuate established values. But actually, an even greater number of works is being reproduced, in ever greater numbers, while the technical conditions of reproduction are influencing the choice of the works selected.” (Irvine, 12) I love this quote from Professor Irvine’s paper, when camera just like service or tool to help the art work be promote, perhaps no one recognized this tool can changed the world in future and almost in every industry, whether professional or unprofessional fields, it’s no longer just belong to the “tool” category, it’s updated and improved to the art and unnecessary part of the people’s life. This is more fascinating and the artistic value beyond the imagination, who knows what’s the next, but the future worth to wait.