Society, customs, art, culture: all are extremely two-dimensional. It is particularly apparent in the arts that this sensibility has been flowing steadily beneath the surface of Japanese history. Today, the sensibility is most present in Japanese games and anime, which have become powerful parts of world culture.”

My final paper will study the Superflat art movement which is a node in the network of Japan’s culture, economy, social changes and art interaction with artists around the world. I will focus on artworks and idea of Takashi Murakami, the founder of Superflat while comparing it to other Superflat artists such as Chiho Aoshima, Yoshitomo Nara and Aya Takano, etc. Superflat, a term coined by artist Takashi Murakami to denote his anime-inspired style of art, is used by other artists in Asia and abroad. Combining the flatness of commercial graphic design and the hyper-sexualised cartoon characters of Japanese comics with the aesthetic concerns of fine art, Superflat’s influence is wide-sweeping.

What is Superflat? Anime, manga and fine art

Combining a Pop aesthetic with the Japanese kawaii (cute) culture, Superflat overtly references the flatness and two-dimensionality of Japanese anime (animation) and manga (comics). But the term also conceals a double meaning: according to Hunter Drohojowska-Philp who is an art critic,  Superflat also stood for “the shallow emptiness of […] consumer culture.” So in that sense, when Murakami created designs for Louis Vuitton, one has to wonder if he was embracing brand name consumerism or cynically commenting on the vapidity of it. 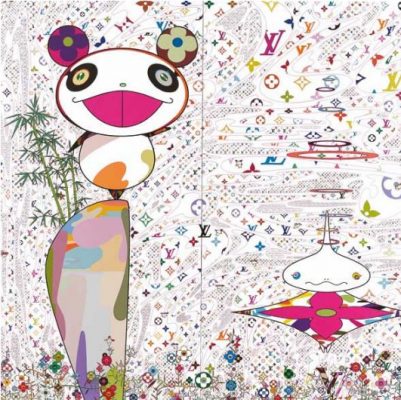 The artist combined this tradition of two-dimensionality with his youthful preoccupation with the bombings of Japan during the Second World War. Murakami states that the relationship between war and art is a predominant concern in his work. Flower Superflat, a famous example of Superflat art by Murakami, which shows that Japan is becoming a nation like all the others. Represented in the identical flowers, Japan is slowly becoming an indistinguishable flower in a bouquet, losing all the colors and qualities that made her unique, thus losing her individuality. The consumer culture and lack of traditional values and morals does not make Japan stand out from the other countries anymore. The country is becoming “super flat.” 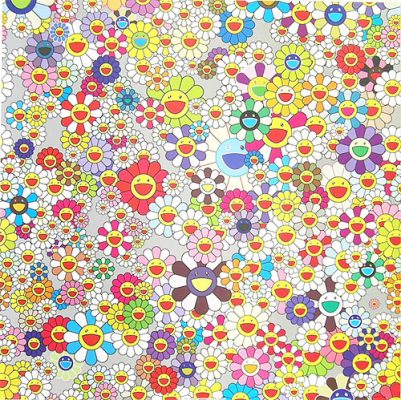 Who are Japan’s Superflat artists?

The group exhibition “Superflat,” held at MoCA Gallery, California, in 2001 included the following Japanese artists, designers, and cartoonists who either influenced or became known as Superflat artists:

In addition, Murakami runs Kaikai Kiki Co. Ltd, an art production company promoting the movement. In Tokyo, he has started a twice- yearly art fair called GESAI  that seeks to foster up and coming talent in Japan. Their work is not limited to paintings or digital prints. For instance, Chiho Aoshima’s work has lent itself to mural design. Her work can be seen on the walls of the 14th Street-Union Square subway station in New York City, and on display in the Gloucester Road Tube Station in London. 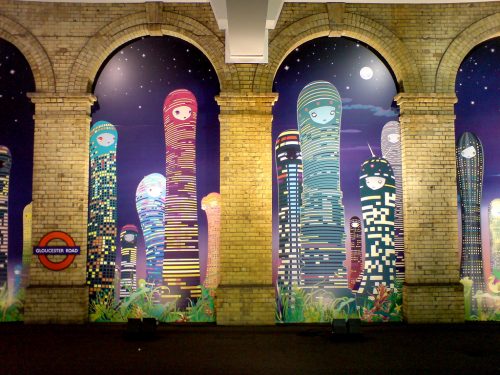