The theory of Media and mediation

To discuss the essentialness of media and mediation theory, first look at Debray’s Transmitting Culture in which he researches on “mediology”, the study of mediation and anything that functions as a medium in all its forms. In the early chapters, Debray emphases that one mission of the media is to transform. The transportation of information is distinguished from communication. Debray also links it to transportation through time, ‘if communication transports essentially through space, transmission essentially transports through time’ (Debray, 2000, 3).

He summarizes the relationship between “higher social functions” and technology ( “technical structures of transmission”), that “the act of transmitting adds the series of steps in a kind of organizational flowchart to the mere materiality of the tool or system. The technical device is matched by a corporate agent.” (Debray, 2000, 5) He suggested that “a modification of the networks of communication has the effect of altering ideas” (23). The technical devices here became the presence of these social functions. Hence, we should not separate the technology (acts as medication) when we experience and interpreted art and culture.

The changing relationship between the masses and art

In the Work of Art in the Era of its Technological Reproducibility, Benjamin provides a general history of changes in art in the modern age. He sees the transformations of art as an effect of changes in the economic structure (In a Marxist historical theory) When discussing the changing relationship between the mass and arts, Benjamin’s prospective seems not that into Marxist theory. The technological reproduction of artworks is something new at his time. He argues that the technological reproducibility of the artwork changes the relation of the masses to art. (Benjamin 2003, P265) When art become reproducible, the aura of art has disappeared. The traditional work of art is experienced mainly through distanced contemplation. The masses contribute to the loss of aura by seeking constantly to bring things closer

He uses the paintings and photographs as an example. Before the born of photographs, the simultaneous viewing of paintings by a large audience, as happens in the nineteenth century, is an early symptom of the crisis in painting. (Benjamin 2003, P264) The painter shows the whole; the camera shows fragments. So even though photographs meet the purpose of establishing evidence, (Benjamin 2003, P258), it lacks the “free-floating” which paintings invoke. What I find interesting here is for Benjamin, the loss of aura not only have negative effects but also positive effects. through the absolute emphasis placed on its exhibition value, the work of art becomes a construct with quite new functions. (Benjamin 2003, P257)

Interface in the digital age

What was new to Benjamin at his time has become “tradition” in our age. When discusses the impact on actors of performing for films instead of a human audience. He suggests it is an uncomfortable experience since the feeling of strangeness of actors, similar to looking in a mirror. Now a in a digital age, the situations for the actors changes into preforming in front of blue or green screen rather than real scenes. Thinking about the recent Disney movie the Jungle Book. The film was shot almost entirely in a warehouse in Los Angeles. The beautiful jungle and all of its animals were created with CGI after shooting ended. Films no longer serve the mission to present “a pure view of that reality” and the camera operators in the films industry have become “the Magician” Benjamin argues who illustrated their world with imagination and talent. 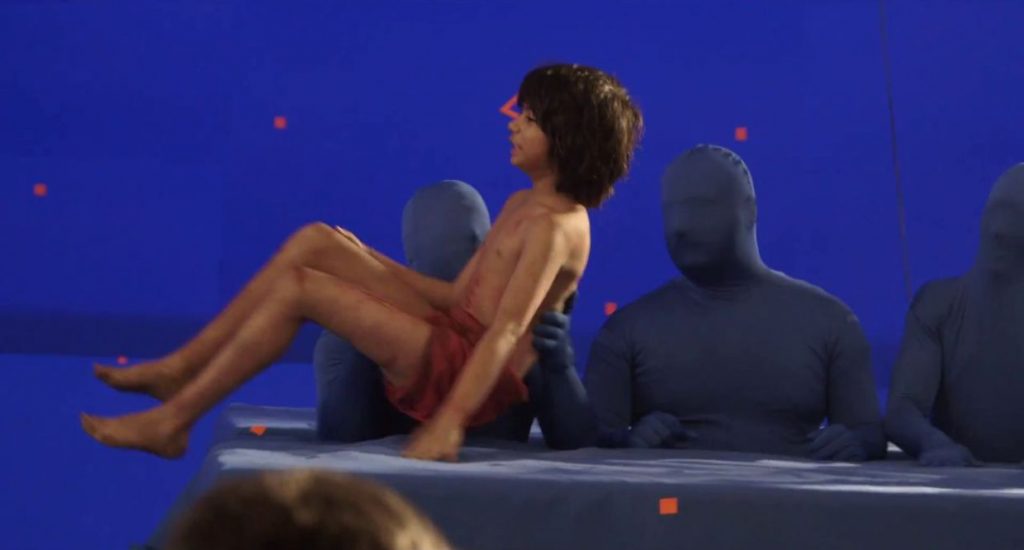 In the new media era,the originals didn’t disappear entirely. With the help of Internet, everyone can find opportunities to publish what he/she wants. In contrast to Debray, Bolter and Grusin argue “New digital media are not external agents that come to disrupt an unsuspecting culture.” (2000, 11) New Media emerges from within cultural contexts, and they refashion other media, which are embedded in the same or similar contexts. The desire for immediacy leads digital media to borrow avidly from each other as well as from their analog predecessors such as film, television, and photography. Media and Mediation in our age are born with immediacy and hypermediacy. Through these mew mediation, arts and  the way we appreciate arts change a lot as well.