Caravaggio was the name came into my mind when I consider the topic of my blog of this week. I went to the Beyond Caravaggio Exhibition at the National Gallery in London last December. I thought this exhibition would be about the artist himself but there were only six Caravaggios in the show. The other forty-three works are masterpieces of Caravaggio’s followers, the Caravagesques. Caravaggio was famous for his natural style and chiaroscuro techniques (contrast of light and dark. His techniques were adopted by other masters in this exhibition. They “smitten in Caravaggio’s brilliant wake, darkening their backgrounds and flooding their foregrounds with candlelight”.(Hodges,2016)[i] Caravaggio’s work “is essentially a symbol, not a duplicate, of what it represents”.[ii] (Chandler,24)They are the prototype of the Baroque art and naturism. 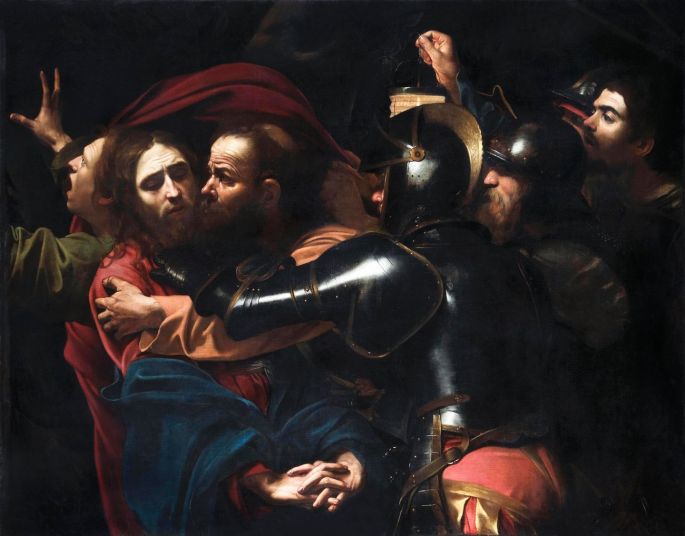 Michelangelo Merisi da Caravaggio (Italian, 1571-1610)  The Taking of Christ, 1602 Oil on canvas, 133.5 x 169.5 cm
On indefinite loan to the National Gallery of Ireland from the Jesuit Community, Leeson St., Dublin who acknowledge the kind generosity of the late Dr. Marie Lea-Wilson, 1992

Many works of Caravaggio are on religious themes. Hence, the labels help the audiences to “to identify purely and simply the elements of the scene and the scene itself; it is a matter of a denoted description of the image” [iii] The Taking of Christ was painted by Caravaggio for the Roman Marquis Ciriaco Mattei at the end of 1602. To understand the symbolic figures in the paintings, we are supposed to have the knowledge of the religious background. Reading the label, we can also tell this painting I saw in London belongs to Jesuit Community of Dublin. This painting was thought to be disappeared in 18th and it was rediscovered in the 1990s. Similarly, it was only in the 20th century that Caravaggio’s importance to the development of Western art was rediscovered. Look at his name “Michelangelo Merisi da Caravaggio”.  The name is not only a name of an artist but also a name reminds us of a genre of paintings. “Caravaggio” is not the painter’s last name but the name of a town not far from the city of Bergamo. This name has been used symbolically for many meanings after the success of the painter. 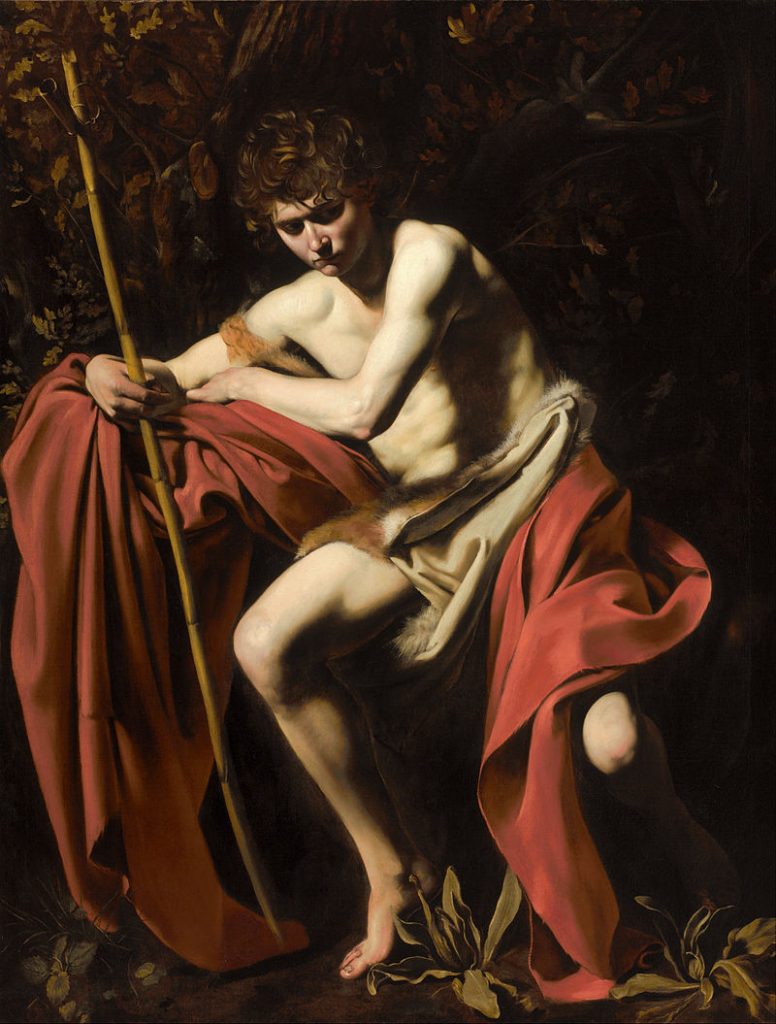 Caravaggio is known for using ordinary people as his models and putting them in extreme circumstances. My favorite painting in the exhibition is this Saint John in the Wilderness from the Nelson-Atkins museum. “Rather than presenting the saint as an emaciated old man, Caravaggio painted a muscular half-nude youth”(Souter,2016)[v] Looking at the shadow on his neck, we know he will die when Salome demands his head (See another masterpiece of Caravaggio), but now he looks so sexy and peaceful. Caravaggio depicted the saintly scenes in a real-life likeness. His imitators followed his steps. When we gaze on other works of the exhibition, It’s not difficult to find what the followers inherited from Caravaggio. They utilized chiaroscuro techniques; depicted glowing candlelit scenes; ordinal human beings became their subjects.

Understanding the meaning of something is one’s “competence in engaging the available cultural encyclopedia, the whole repertoire of symbolic resources available and known to a culture.” (Irvine P42)  To understand the meaning of Caravaggio’s work require historical background and analysis.