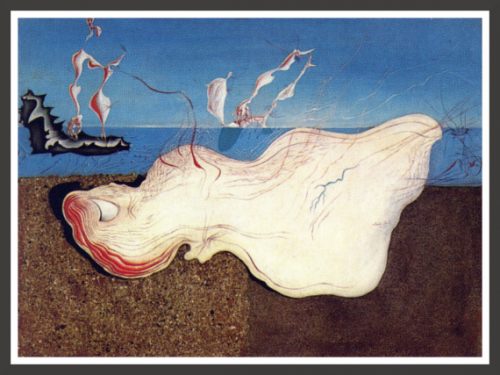 Salvador Dalí is well known throughout the world for his iconic painting genre–surrealism. This term is difficult to define but can be narrowed down as a 20th century avant-garde movement throughout literary and artistic culture to challenge norms of traditional understanding and creation (Strom 2004, pg. 37).

Kirsten Strom in her article on surrealism as political culture says that generally there is a consensus on what avant-garde means, but she references to several other terms that could be used to understand it, such as those offered by  Italian academic Renato Poggioli: “activism, or the spirit of the adventure, agonism, or the spirit of sacrifice, futurism, or the present subordinated to the future, unpopularity and fashion, or the continual oscillation of old and new; finally, alienation as seen especially in its cultural, aesthetic, and stylistic connections” (Strom 2004, pg. 38). Looking at surrealism within this context is limiting, while at the same time still incredibly confusing. One cannot imagine the concept of surrealism in visual form by just reading this description. And Strom goes on to say that surrealist during the time “fought seemingly incessant battle against public misinterpretation of their intentions” (Strom 2004, pg. 39). The confusion brought artists together to come up with their own manifesto on “What is Surrealism?,” and their insight offers some help into understanding the work of Salvador Dalí, who is one of the most perplexing surrealist painters in the 20th century. In this manifesto they write:

“Surrealism is not a new or an easier mean of expression nor even a metaphysics of poetry. It is a means of total liberation of the mind and of all that resembles it.” (Strom 2004, pg. 40). 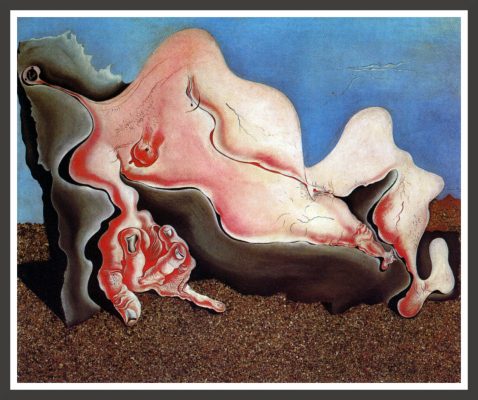 Had I known the context and description of surrealism before I had gone to the Picasso Museum in Barcelona about five years ago, I probably would have had an easier time understanding this painting by Dalí from 1928. Beigneuse, or “Bather,” depicts a scene of a bather on the beach but in the form of a large amorphous toe. It is a continuation of another 1928 “Bather” painting, where the lady being represented is in whole form, but still at first glance, incredibly disfigured.  This artwork was born at the burst of surrealist thought in the 20th century. So while at first glance, I was confused by the painting and what Dali could have possibly hoped to achieve from it, I realized as I began to look around the room it was in within the Picasso museum that it was a part of a larger movement of aesthetics in art culture. Dalí’s association with Picasso, particularly in the Picasso Museum in Barcelona, where the artist’s most famous work is housed, shows that Dalí was not just part of the conversation. He was a visionary and leader throughout this artistic movement–a reality which is only affirmed by the unique quality, and truly singular voice of his work and the fact that this painting was made at the start of his Transitional Period. This was a time after his initial painting as a teenager that he actually started to become aware of surrealists in Paris and become a part of their movement; it was the beginning of his more celebrated surrealist work. The fact that it is in this museum with Picasso from such an early point in his professional surrealist career shows that he is an incredibly impressive painter, even though at the time his work was controversial and often determined as being highly grotesque.

And, in looking at the painting with its bold, uninhibited brushstrokes and lack of structure and mixing of physical medium (oil and sand), the impression that does come to mind, now understanding the surrealist movement is “total liberation of the mind.”

Applying the ‘meaning’ to the artwork

As Irvine writes in “Introduction to Visual and Pictorial Semiotics,” when the individual looks toward something physical, there is an understanding of value beyond the physical surface (Irvine 2017). We interpret what we see based on pattern-relations to better understand which ideas to focus on. The items which can help in this process are the representation, objects, and interpretant (which is a product of greater cultural background into the genre and time period). To better understand “Bather,” the observer can start to digest the piece through these terms.

Representation: Bather is a difficult piece for the observer to asses because what is represented is not immediately obvious. There is a woman at the beach, but her body is transfigured into a large toe. The impression that comes to mind from this technique is that perhaps Dalí had a difficult relationship with women in his past, or that he is fascinated by the idea of body morphology. The part of this painting that we are immediately drawn to though is clearly the large toe.

Objects: This is what we can talk about. When it comes to “Bather” the object of thought immediately is the surrealist quality. The “aboutness” of the painting is that is out of the ordinary, unusual, and somewhat grotesque. It’s hard to process because we want to see a whole body, but all we see is a something that is morphed. 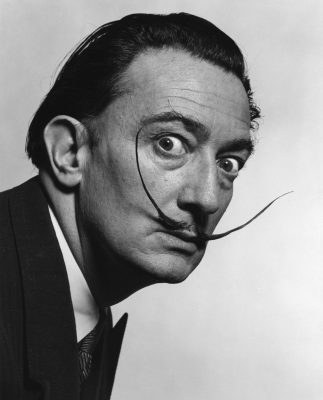 nterpretant: And the interpretant is outside the context of the museum. The only way to understand the “Why” of Dalí’s work is to understand his background, as a “more developed” sign. Why did he paint this image in this way? It’s a part of a pattern of becoming a part of a surrealist movement– this “genre code” one answer to the question. The other answer, an important cultural insight into his work, is that it was paint
ing is part of Dalí’s quest to understand the irrational.

As Martinez-Herrera et. al write on Dali and Pscyhoanalysis, “Salvador Dali was immersed in the conquest of the irrational and never ending search for the unconscious,” and he did this by using “disquieting pictorial symbolism and language” (Martinez-Herrera et. al, abstract). Or, a large ugly toe.

The article quotes Dalí in 1945, and it truly reflects the type of mind he had in painting: “The dream… a huge, heavy head on a threadlike body supported by the prongs of reality.. falling into space just as the dream is about to begin.”

An important interpretant of this work is Dalí’s life, the fact that he often struggled to prove his existence especially because he was named after his brother, who had died before his birth. His father regularly visited prostitutes and tried to teach him lessons with grotesque images of STDs. Such experiences morphed his notions of the body, sexuality, and his existence altogether. Becoming a part of the surrealist movement was just another factor to his psychological development (Martinez-Herrera 2003, pg. 855-6).

These factors were lost to me when I first visited the museum in Barcelona. But having the sufficient background to Dalí’s life makes the toe as an image of a woman bathing “make sense.”