The reading this week has a lot to do with the development of the human cognitive system as well as the symbolic system. But two minor aspects caught my attention: behavioral big bang and the procedure for the human to domestic ourselves.

“Within a geologic blink of an eye, humans from the Rhône Valley to the Russian plain were producing advanced weaponry, forming long-distance trade networks, expressing themselves through art and music, and generally engaging in all manner of activities that archaeologists typically associate with modernity. It was, by all appearances, the ultimate Great Leap Forward.” (Wong, 2005) This is a typical declaration of a behavioral big bang.

Another good example could be the Technological Explosion. Many things that have a profound impact on our daily life were invented in the recent 200 years. starting from 1826, photography, telegraph (1837), sewing machine (1846),the internal combustion engine (1860), telephone (1876), motion picture and X-Ray (1895), Airplane (1903). These are just a glimpse of the great changes that pushed our society forward, the significant part of this is all these things happened within such a short time-span.

In one of my favorite fiction novels: the three-body problem, a similar pattern was described: The alien civilization is afraid of another tipping point in our development so that they locked down the tools for basic physics research which would make Technological Explosion impossible.

My understanding here is randomness and coincidence are important characteristics of innovation. At the same time, the increasing availability of a collective knowledge base would facilitate the procedure of research and exploration, it’s like a detective with more clues and jigsaw puzzles with more references.

What’s more, many inventions mentioned above changed the way we perceive and interact with this world. For instance, before photography was introduced, the top priority for many painters is to portray things as real as possible onto the canvas. But this suddenly became meaningless – you could never outperform a camera. So, the artist started to adopt other tactics and embrace new genres and thus we had the impressionist

Before I started on the reading for this week, the differences among all these words – media, medium, mediation, mediology has never been a concern to me. It seems that they are more or less the same.

But it’s obvious that what’s behind each name has rather different orientation and the term “mediology” is the one that gets my attention.

The word mediology was coined by Régis Debray in the 1990s (Gagnon, 2004). It “would like to bring to light the function of the medium in all its forms, over a long time span (since the birth of writing), and without becoming obsessed by today’s media.” (Debray, 1999)

As a superhero fan, I once looked into the different representation of superheroes on different medium under different historical background. A good example could be the transformation of Captain America. As a war-time hero created during the WWII period, Captain was an iconic patriotic comic character at the time. 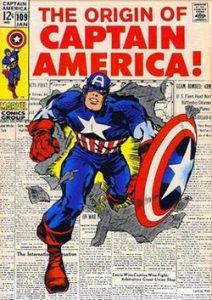 With the end of the war, such a figure was no longer needed, people’s growing demand for better recreational satisfaction became the booster of a more sophisticated entertainment industry. TV, games, and movies saw the dramatic change in the depiction and management of Captain America as a superhero and a virtual figure. 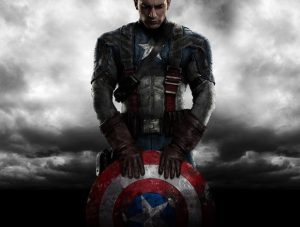 But this is not a one-way effect, the different medium has a different style in delivering the message of Captain America while the character has its own vibe to shape the tone of depiction in general. On the other hand, the interaction between the audiences and the media is another aspect of how different stakeholders could get involved in this mediology setting and has an impact on the outcome.

“The Medium Is the Message,” is not an empty statement but the start of a meaningful journey. I would like to find out more about this new field.