The topic this week is really a wake-up call for any linear and simplified mindset when dealing with systems – “Systems thinking is non-reductionist and non-totalizing in the methods used for developing explanations for causality and agency: nothing in a system can be reduced to single, independent entities or to other constituents in a system.”

I recently looked into the popular “McKinsey methodology”, MECE principle is probably the most identical one. As the name suggests, MECE refers to “Mutually Exclusive, Collectively Exhaustive”. When applying this framework to any problems, “MECE principle suggests that all the possible causes or options be considered in solving these problems be grouped and categorized in a particular way. Specifically, all the information should be grouped into categories where there is no overlap between categories (mutually exclusive) and all the categories added together covers all possible options (collectively exhaustive).” (Cheng, 2011) 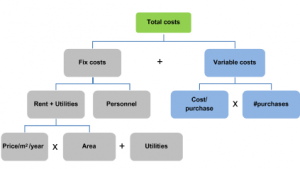 Now I have two main critiques of this principle:

1: The very foundation of this principle is that all the factors within the system act on a linear causal relationship.

2: It assumes the system is stable and transparent.

For the first point, it is more likely that the way the system functions is not the sole interaction between two single factors, it would be a collective reaction in which many entities, subsystems, agencies within the system work together. So, each of them could be the cause and the effect at the same time. Any attempt to simplify the procedure would end up in a partial and incomplete map of what going on with the system.

For the second point, the principle understates the difficulty of de-black boxing the system. The system is a dynamic concept which means when we look at the perceptible “representations and interface cues and conventions and the results of processes returned”, we are looking at the outcome of a dynamic process. That being said, there would be uncertainties in this process. So, it would be hard to assert that we have exhausted all the possibilities.

A good example could be when a part of India had a serpent issue (too many serpents), the government announced that anyone would be awarded with a serpent killed. But after a while, people started to raise serpent themselves in order to get the award with a died body. The government soon found out about this and abolished the policy. This makes people release the serpent they have and the result? More serpent than the policy was initiated.

The government in this scenario used a simple causal reasoning: the number of the serpent would decrease as long as they are being killed. But something else happened during the procedure and led to a different result.

Graphite and diamond are both consisted of carbon, just a different pattern of the structure of the element. But they end up with a totally different character. When we look at a single point, we would simply miss the whole picture.