Through out this week’s synthesis, I realized the models and concepts we approached provided us a strong theoretical support for our daily used media artifact. I was especially fascinated by the generative principles for unlimited new instances of expression and re-mediation. When I was exploring Atsy’s website, I had this aha moment finding that The Art Genome Project is such a great example of several models we delved in.

The Art Genome Project is the classification system and technological framework that powers Artsy. It maps the characteristics, including art historical movements, subject matter, and formal qualities, that connect artists, artworks, architecture, and design objects across history. (“About | Artsy,” 2015). It reminds me of studies on the nature of symbolic cognition and sign systems.

The Art Genome Project tried to develop a more tangible artworld to the general public, and one of their goals was to create an online education tool to give access anyone to the artworld. The genome system reminds me of C. S. Peirce’s model of semiosis, which is a cognitive-generative-social process. When confronting an artwork, people with different knowledge set will generate different associations, but more importantly, the cognitive-generative-social process is universal. Also, some essential knowledge is consistent such as religious symbols and humanity . The project is built on the universal process and the essential understanding set among people. We can also apply Jackendoff’s Parallel Architecture to this case: each work of art would generate certain genome, and our understanding about visual representation is also a generative combinatorial system like language.

Similar to Google Art Project, the Arty website tried to build up an online resource for art collecting and education. However, it provided a classification system to the users to build up their own “museum”. It’s not only a meta-media platform, but also provided some curatorial knowledge to the users. I want to question if Artsy is misleading the public with superficial characters associated among artists, and who is the curator in this case, the users or the database? Also, if the website is building personalized digital museum because it embeds lots of museum functions? 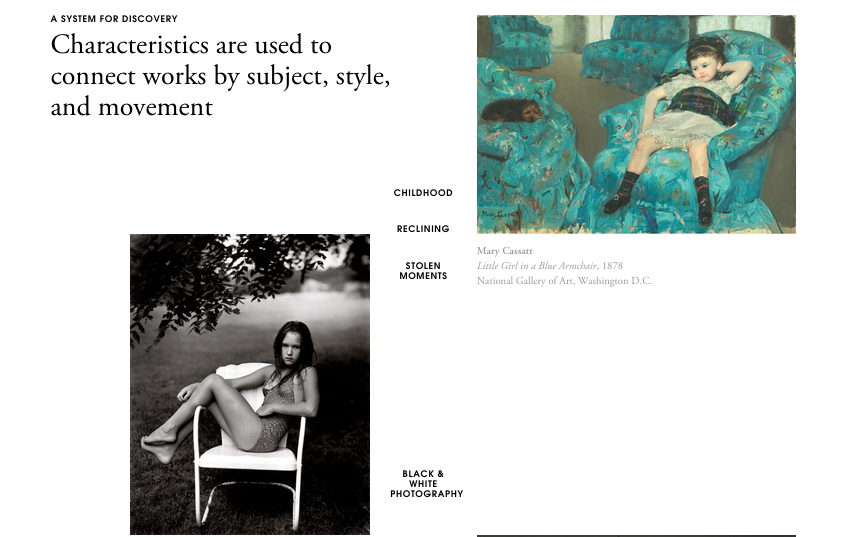 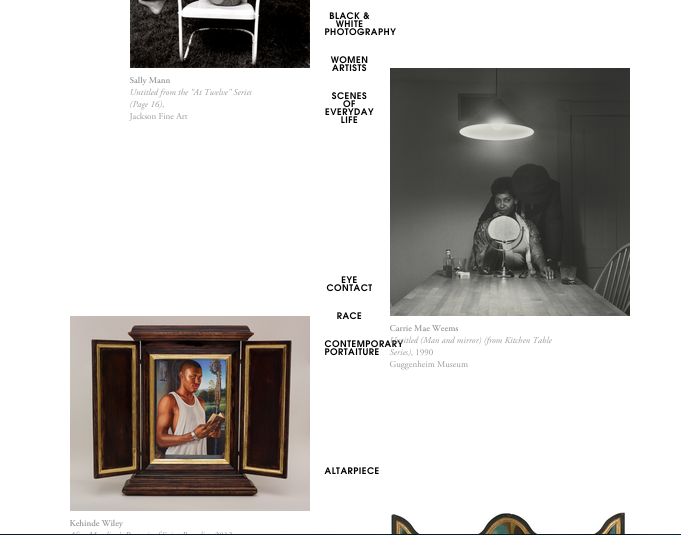 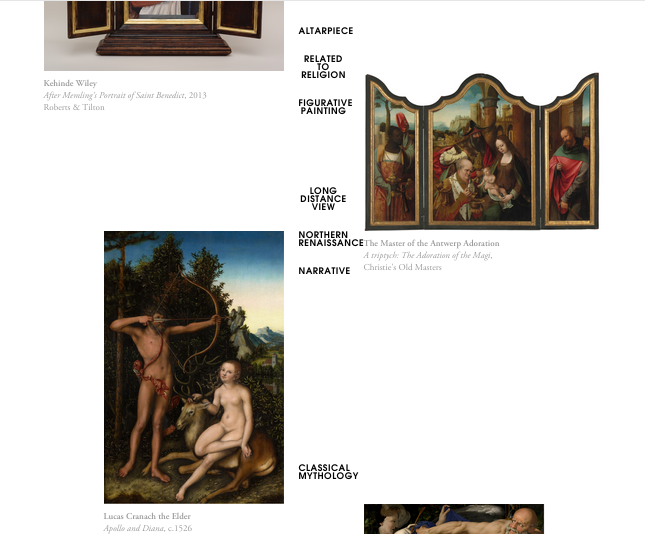 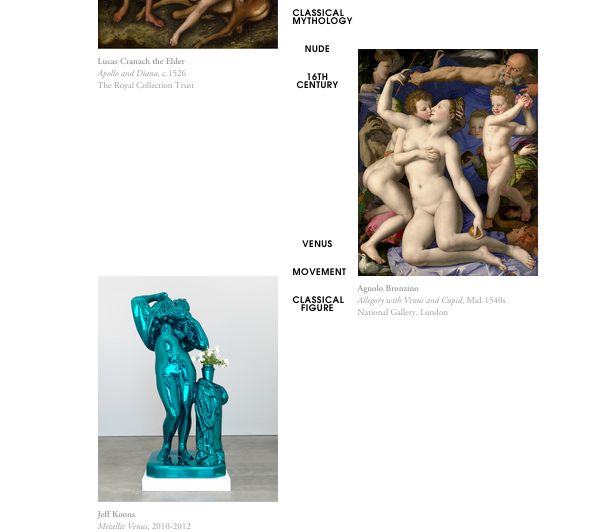 © 2006-2015
Course files by Martin Irvine are licensed under a Creative Commons Attribution-Noncommercial-No Derivative Works 3.0, United States License. All educational uses permitted with attribution and link to this page or appropriate pages. Cited and quoted sources are the property of the copyright holders.