The Cuckoo’s Calling is a crime/detective novel by Robert Galbraith.  The beginning of the novel provides the reader with the question that  they will attempt to discover through the course of the novel: How did  Lula Landry, a famed model, die? The novel then moves into a description  of the main character, Cormoran Strike. Galbraith portrays him as being  on the verge of career failure after it is revealed that his personal  life has gone down the tubes. This characterization tells the reader  that the main character could be classified as “the underdog,” or  someone fighting against his circumstances for his survival and hopes of  success. Everything rests upon his ability to solve the mystery.

A  female character is introduced as Strike’s assistant in solving the  crime. One can easily make a liken the duo to Batman and Robin;  coincidentally enough, the character’s name is Robin.

Though  the novel is centered on solving the “whodunit” mystery, it  simultaneously presents readers with the opportunity to deconstruct an  alternative mystery: the myth of how the obscenely rich live their  lives. The novel touches on the hopes, dreams, fears, troubles, and  corrupt attitudes and behaviors of the rich and aspiring. 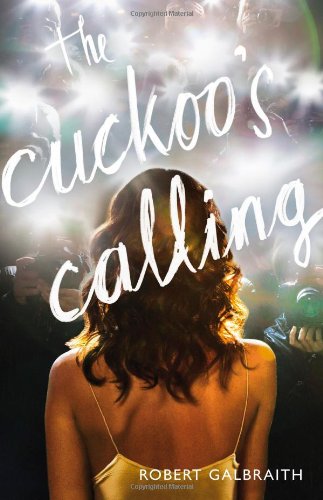 The  author continues to explore the myths surrounding social class in the  framing of the main character, Strike. Strike’s case is particularly  intriguing because he was the son of a celebrity yet chose to disown  that aspect of his history, embracing the culture of the working-class  professional instead. His resentment towards being associated with his  father is clearly depicted in multiple scenes throughout the novel. The  only way Strike can solve the case is to examine the culture of the life  he turned away from.

I really liked that  Chandler described myth as “extended metaphors.” The characterization of  the members of the upper echelon could only occur because we live in a culture where things such as a “’clinging poison-green’ Cavalli dress, vintage Ossie Clark confections and ‘fabby  handbags’ with custom-printed ‘detachable silk linings'” exist. This is  the point that Barthes makes in his analysis of myth particularly in  regards to social class. The myth is given meaning because of the signs that exist.