Google Glass, a technological innovation that’s almost out and ready for consumers, is expected to be the next big thing in the world of communications. Reactions to it started as soon it was announced almost exactly a year ago (April 4th, 2012), and it seems that people are either very excited and supportive of the idea or very critical and against it. But what is really new in Google Glass? And what does it add to the plenty forms of media and communications we already have and depend on today? Has it really added “new” functions and forms of mediation than the ones that already exist, or is just the methods? And how are people viewing it today?

Sergey Brin, the co-founder of Google, mentions during the TED talk embedded below that the one of the main vision’s for the Glass project was to enhance the way people interact together. He questions whether the act of looking down at a smart phone is the ultimate way in which people would like to interact in the future. He then explains how Google Glass would eliminate this, and would allow people to look directly in front of them and at one another while at the same time collecting information and using media applications. Furthermore, he talks about the absence of the “sense of feel” in the use of touch screens, when all one feels is the rubbing of a piece of glass, and hence we would better off if we could be “hands free” to use our hands for other things we can actually touch and sense. Also, he talks about “freeing” the eyes and ears through the way it is designed.

So reflecting on this vision, we can understand why Google Glass can be such a powerful media artefact. The functions of Glass are not new in themselves, and almost all of them exist today in our smartphones and mobile devices, such as navigation, social networking, photography and video recording and sharing, web search, etc. According to Glass’s Wikipedia page, it is a device that displays information in a smartphone-like hands-free format, that can interact with the Internet via natural language voice commands. So the functions are still pretty much the same. The new thing however, is the method and approach to using those applications. The Google Glass liberates the user’s senses as Sergey Brin explains, allowing them to interact better with the real world and maximize their sensual experiences. It allows a layering of information, by letting the user to be in touch with the real world in real-time, AND the digital world at once. For example, using Glass, we can take videos and photos of our own personal perspectives (what we see as the real world) and share them with others. Such an action cannot be done otherwise with usual cameras or mobile devices.

CNET released this interesting video that illustrates the top 5 uses of Google Glass:

However, and as the video above mentions, such a technology poses a risk on the small space of privacy we still have a left today. This is the reason why many people today oppose it and are even lobbying against it.. An example is a London-based group called “Stop the Cyborgs” composed of graduate students who launched a campaign in which they created a “No Glass” logo. 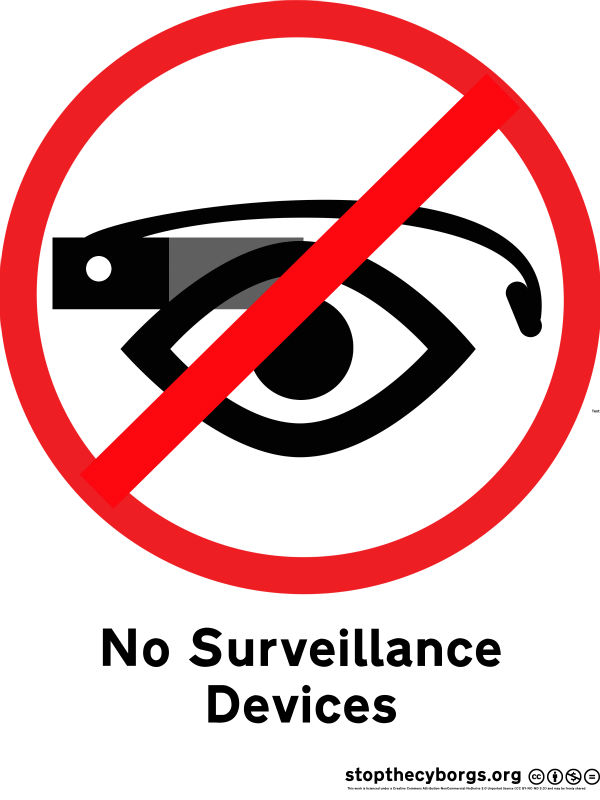 Shop owners are putting up the logo in their shops already. “If it’s just a few geeks wearing it, it’s a niche tool and I don’t think it’s a problem,” said Adam, one of the members of the group. “But if suddenly everyone is wearing it and this becomes as prevalent as smartphones—you can see it becomes very intrusive very quickly. It’s not about the tech, it’s about the social culture around it.”

Here’s a couple of funny video parodies on Google Glass which might suggest why Glass might not be a very good idea after all: