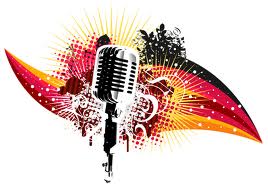 Introduction:
Music has various meaning to various people. It has the ability to change the listener’s mood or introduce the listener to a different culture. But, in order to get the music to the masses a producer has to record the music.

Traditionally, recording music was a task that included a lot of expensive equipment. It was a big deal. One could not simply create a nice track without going to a studio and recording the music with the producers equipment. However, today recording music comes in different ways, shapes, and forms. Now, “everyone” has the ability to record. By making recording a universal platform and cutting out the middle man, everyone can produce and publicize their own music (good or bad).

Out of all of the “Record It Yourself” microphones, I chose the Apogee Mic. But before we delve into this case study, let’s get some background information.

Very Abridged History of the Microphone: 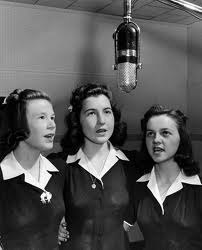 “The microphone, (coined by Sir Charles Wheatstone in 1827), in its simplest form consists of a membrane that vibrates as sound waves hit its surface. The membrane is attached to a coil of wire that floats around a small magnet. As the coil vibrates back and forth, in response to the sound waves hitting the membrane’s surface, an electric current is induced in the coil that is proportional to the sound wave. This electric current is passed to an amplifier that will greatly boost the input signal and send this on to the speakers in a much louder sound wave. In essence the speaker works on the same principal as the microphone, but while the microphone membrane is small, the speaker membrane is much larger, and capable of moving a larger mass of air which through amplification translates into an larger version of the input signal. A microphone by definition has two meanings: it is an instrument for intensifying weak sounds. And it is a device for transforming sound waves into electrical impulses.”

When recording music, there is a traditional structure code that is usually associated with the microphone. This “code” sets up a blueprint to how the microphone will look and how it will function.
Here are some pictures of the “Evolution of the Microphone”.

Now that we have some background information about the microphone, we can look at my Case Study.

My Case Study: The Apogee Microphone. 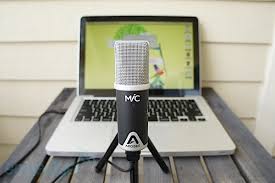 The Apogee Mic is a microphone that you can connect to your computer and record music.

What does it do?
Basically, the Apogee converts music to a digital form.

This is what the Apple website says:
“Apogee’s MiC digital microphone for iPad, iPhone, and Mac provides a direct digital connection for crystal-clear recordings of anything from acoustic guitar, vocals and percussion, to voice overs, interviews and iPhone videos.

Made for use with GarageBand and Logic software”

To help explain the analog to digital conversion www.apogeedigital.com breaks the conversion into multiple steps.

“A Step-by-Step Look at Apogee Technology
Step One: Analog excellence

Analog design excellence is the first critical step in realizing world class digital audio. Poor analog design and cost-cutting measures result in diminished audio quality. Everyone has heard the saying “garbage in, garbage out.” Delivering bad analog audio to the digital converter will always result in bad audio out of the converter. Great-sounding analog audio is the first step, but it is not the last.

Step Two: Getting from A to D

Digital audio conversion is the process that samples an analog audio signal and represents that original signal with 0’s and 1’s. Like a motion picture camera that captures action at 24 frames per second, the sound is “photographed” or sampled between 44,100 and 192,000 times per second depending on the chosen sample rate. The sample rate determines the highest frequency that can be captured by the converter. Digital audio samples can be captured with word lengths ranging from 8-bit to 24-bit. A larger bit size results in superior definition and increased dynamic range. “

The website goes on to mention other steps and clears up any questions about the Apogee. 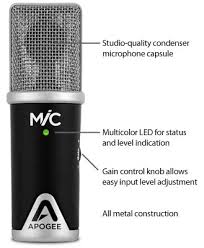 What’s in the Box, the Blackbox:

This image “deblackboxes” the Apogee. If we look at this image and pair it with the historical information in the beginning of this blog, we can see the continuous nature (dialogism) of the technology. 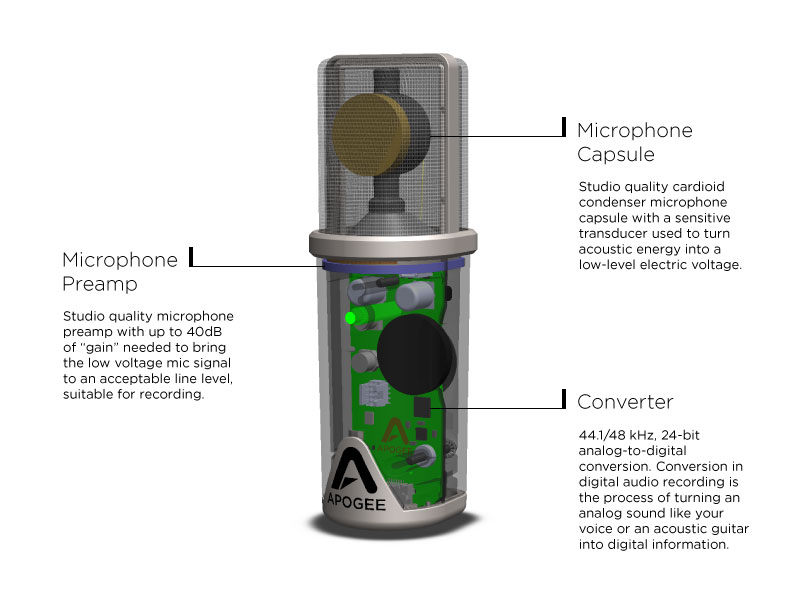 Is the Apogee for me?
With all of this information, the Apogee appears to be a wonderful tool to give everyone access to recording music. It seems relatively easy to use.

With regards to the social and cultural meaning, I think this is an interesting topic for debate. Just like many mediums, music is questionably divided between a higher form and a lower form. Accordingly, these ideas stem from different cultural and social views. Therefore, it is relative.

By making the recording world accessible to every artist changes the music world. We have crossed the musical digital divide and currently I am not sure where we stand. With pages like YouTube and companies that will place your music on iTunes, there have been a lot of bad examples of the usage of the available technology. However, there are equally impressive examples on how the recording music from a home studio can be a new way to access traditionally   distant music.

By cutting out the middle man when recording and making recording a universal platform, does this tarnish the prestige of making a record?