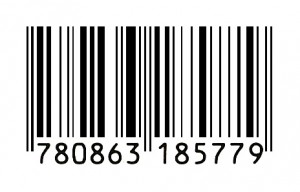 As indicated through this week’s readings, we depend on software. A lot. One type of technology that may not come to mind first as an interface for digital media is the barcode, particularly the Universal Product Code (UPC). The UPC (a type of barcode) is a ubiquitous technology frequently relied on for purposes such as checking out library books, buying all kinds of merchandise or boarding an airplane. Something as simple as a barcode has a unique history rooted in the growth of American commerce and information technology. Just think of how often you come across UPC’s on a daily basis: the bottled water from a vending machine, the packaged snack from the cafe on campus and even on everyday objects such as folders, notebooks, and laptops. What we come across is the finished product but plenty of invisible work (involving software) has already taken place.

The UPC bar code is not a random order of black and white lines; rather the black and white design was chosen because it was easy to print and read the codes with minimal errors. On the left side of a UPC bar code, five digits indicate who the manufacture is according to the Uniform Code Council (Reilly, 2003). The five digits on right side represent what type of product is being sold, and also contains price information. The UPC bar code can only work through its interaction with a barcode scanner. This is where the function of the interface comes in, as a technical-material implementation of multiple softwares working together.

In Chalmer’s piece (2008), he talks about the act of labeling. I found that barcodes are a prime example of how labeling has become so entrenched as part of modern society. Chalmer describes how “labels allow us to focus attention on all and only items belonging to equivalence classes” (2008, p.46). Just think of how disorganized a grocery store would be without barcodes differentiating between organic bananas, regular bananas, or the bananas on sale for the week. Labels now automatically trigger linguistic and computing processes in our mind to categorize things and create a controlled system not only in a physical format, but also in our minds. 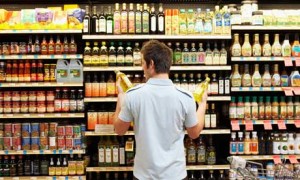 Furthermore, Chalmer goes on to state how labeling “…effectively and open-endedly add new ‘virtual’ items” which “reconfigures the problem spaces” (p.47). This got me thinking of Pinterest. This site has become somewhat of a quasi-retail site, as ways for retailers and really anybody to post items they like and Pinterest can ‘label’ the price of the item for them. In this scenario, one does not see the UPC, but sees the price right away. Still, it is software and multiple interfaces at work. 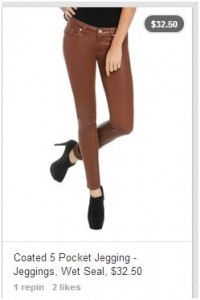 The UPC is a Gatekeeper

The earliest creation of the bar code began in the 1940s, when two graduate students at Drexel University patented a technology for scanning grocery items (Fox, 2011). Even since it’s beginning barcodes have worked by use of an interface. More notably though, the UPC acts as a digital gatekeeper. By the 1970s UPC-enabled bar codes were widespread when the primary purpose shifted to retailers’ ability to efficiently audit inventory. During this time, the U.S. faced high inflation and labor costs and this automated method could help stores reduce costs and manage goods instead of having each clerk manually tabulate and write down an entire store’s inventory.

Today, one could argue that the UPC is a cultural software in addition to its gatekeeper properties. Cultural Software as defined by Manovich (2008) is the “something else” that is “directly used by hundreds of millions of people” carrying fragments of culture” (p.3). UPCs surely are used by millions of people nationally and internationally, and are tied closely with the material culture we define ourselves by. For instance, grocery stores that offer “shopper rewards cards” are essentially metadata. These cards (with their own barcodes) identifies the individual shopper by when he or she buys (Do they only brand names? Or mostly junk food?). What we buy is a part of our culture.

Thus far, we have seen that media, information and communication are not the same thing but they are deeply interconnected. Contemporary issues are just remediations of past mediums, media and/or theories.