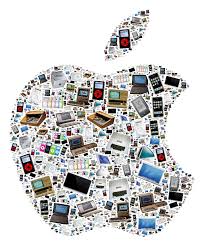 The iPad has many functions and has various uses. From taking notes to playing games to playing instruments. However, it seems as though it’s role in “media-entertainment” is typically restricted by the advertising world. For instance, like any branding venture, the Apple company advertises the iPad in specific ways to gauge specific consumers.

For illustration, I will use my journey with the iPad. At first, I saw the iPad as a new highway route to my destination of creating digital music. This desire to create music with the iPad came from many advertisements about the drums and the piano apps. That being said, these desires of creating music have not become muted, but rather these desires have shifted based on the technology and course work. Meaning, the Macbook, the iPad, and the iPhone seem to have their own places and definitions for their roles in the “media-entertainment” field and I have started to divide them based on these roles.

What are these roles?
The Macbook is more of the universal hub for each object. It is the home of all of my purchased iTunes music, all of my Word Documents, all of my garage band files, etc.

The iPad is my information seeker. I use it during class to record the information through my notes, these notes are then sent back to my Macbook Pro and then reassessed.

To start to look at these questions, I read Manovich. Manovich mentions many stories of the evolution of technology (cinema, virtual  camera, etc.) The Apple System has also had a sort of “evolution” (not just from huge computers to small computers). But as we assess the different roles and the different evolutions, Manovich reminds us to remember the dialogic nature of the animals.

Apple’s role as a ‘“global entertainment conglomerate” reminds the community that they are not only a technology powerhouse, but also Apple is a place for innovation (Manovich 54). 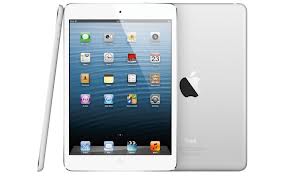 I guess my biggest concern comes from the differences between the interfaces specifically when it comes to playing games and music. Manovich introduces me to this question when he says that “A particularly important example of how computer games use — and extend — cinematic language, is their implementation of a dynamic point of view” (Manovich 91). Before, I read this quote, I was searching for ways to add a musical aspect to this post. I was searching for the meaning of the difference between interfaces and why it mattered. But, this quote helped me find the “point of view”. I interpreted the point of view (with regards to Apple) as the difference between clicking and touching. 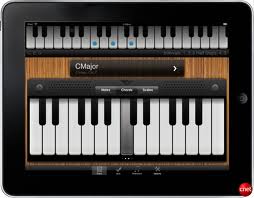 For instance, the iPad has changed so many ways that gamers play their game of choice. In the game “Virtual Villagers” the gamer is given a village and he or she has to rebuild this village. In order to rebuild this village the gamer is given a “bird’s eye view” of the island. The gamer can pick up the players and place them where they should go. The gamer has more of a “hand” in the decision making of the villagers. 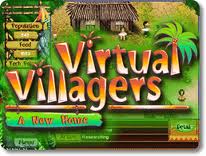 This game is similar to other virtual games, but the difference is the perceived power that the gamer has over the game. The Manovich article mentions Tamagotchi’s and I couldn’t help to think about my group of Tamagotchi’s that I would take to school and take care of. But, what makes the iPad “Virtual Villagers” different from the Tamagotchi’s or the other “Pygmalion” games would have to be the point of view and the touch. 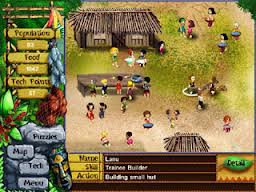 Another way to look at this would be through music. In each Apple Product (Macbook Pro, iPad, iPhone) there’s a musical component. With this musical component, each interface is different. Each way that the media is displayed is different. For instance, with the iPhone, the music player is obviously smaller but also resembles the walkman. However, the iPad has more of a music lovers dream when it comes to aesthetics. 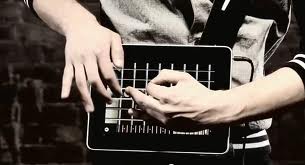 For instance, with the iPad, the point of view lends itself to a different feel. The image of the album is very big. It seems like more of a professional instrument. To exemplify the iPad’s relationship with music, you have the relationship with actual performance and the iPad. For instance, last year I did a performance with a full band and our soundcheck was completely done by the iPad. This example is only one example of the many ways that the iPad gives a different powerful point of view. I know that this point of view is not unique to the realm of music, however it is unique (not all platforms can have such an easy transition when it comes to the iPad ie Photography). 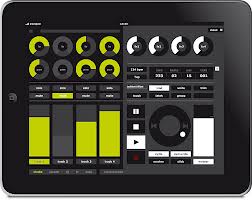 With all of this information I am still searching for the meaning of the point of view. I know that a difference exists, but why is it important? What does it mean to the “interface world”? What does the difference of touch versus click really mean?