God Bless America is a 2012 film by Bobcat Goldthwait. Here’s the story: Frank, a middle-aged, divorced man has always been annoyed by the superficial, profit-oriented pop culture. When he loses his job and finds out that his daughter has become a self-centered material girl just like the one on TV, he decides to kill the reality show celebrity. A teenage girl named Roxy sees him at the crime scene, seeks him out and persuades him to team with her and get rid of people who deserve to die.

The film is a comment on the contemporary American society, or at least what the director (also the writer) thinks of it. This comment is explicitly spoken out as Frank the protagonist spoke on air to the nation: “America has become a cruel and vicious place. We reward the shallowest, the dumbest, the meanest and the loudest…Lying and spreading fear is fine as long as you make money doing it.” But that is only part of it. The entire film itself is the comment, one weaved together from individual comments on various aspects of the pop culture. It comments on the singing competition show

“American Idol” by parodying it with its own “American Superstarz”, which has a similar logo and also three judges who play different roles; on the typical reality TV shows that emphasize or create interpersonal dramas like “My Super Sweet 16” with its own replica (it’s indeed the video equivalent of paraphrasing); on the Kardashians; on people who don’t turn cell phones off and talk during movies… the list goes on. Most of these jokes work based on the assumption that people already know the original TV show genres or celebrities: the director did not even bother to really explain any of them. Without such knowledge, viewers can still understand the basic ideas that “these acts are bad but are enjoyed by many” through the characters’ direct comments, but would not bring the kind of self-reflection the director had apparently intended to trigger.

These comments, although none of them exactly original, do reflect a common understanding in the contemporary population: just think about how often people refer to these as “guilty pleasures”—they do look at them negatively. The film also adds to the cultural encyclopedia. When future researchers stumble upon this film, they will gather an idea that there existed all these aspects of the early 21st century popular culture, and that although they were popular and commercially successful, they had been considered superficial and inferior.

The whole film is also constructed by countless pre-existing codes. These can be seen up front from the title itself.

“God Bless America” is an American patriotic song by Irving Berlin in 1918 (another version dates even to 1834),

and has been remade and remixed throughout the decades. It is also a prayer heard in almost any presidential speeches. Then of course there is its genre of comedy, which is established through codes like joke lines and exaggerated, comic handling of violent scenes. It being comedy also helps viewers anticipate the film’s emotional arcs and rendered the inappropriate parts of the film acceptable.

Then underlying the genre of drama is a traditional arc structure shared by almost any dramatic story: the protagonist encounters obstacles (divorce, losing job, learning that he has cancer (which turn out to be a false alarm), surrounded by SWAT), he struggles to overcome them (by killing those who do not deserve to live), and in the end reaches a resolution (delivering his speech to the nation and then gets into the final battle). Again, the viewers know what to expect along the way. (Sounds familiar? Watch Wanted and many more others, parts of them are almost identical.) Of course as the majority of films that make way into cinemas, it also abides by industry-established rules of cinematography (point-of-views and over-the-shoulders), editing (the 45 degree rule, cutting in motion and the use of slow-motions and montages) and sound production (ambience-building, perspectives according to shots and stable levels of volume).

There are also a lot of references to cultural icons. First there is the classic pairing of Bonnie and Clyde, the model for contemporary female-male outlaws. Going more into the detail is the pairing of one middle-aged man with one teenage girl, as seen in Leon, Kick-Ass and Super. 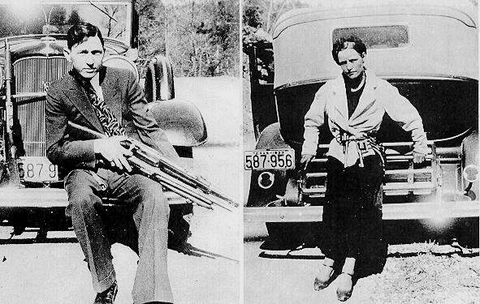 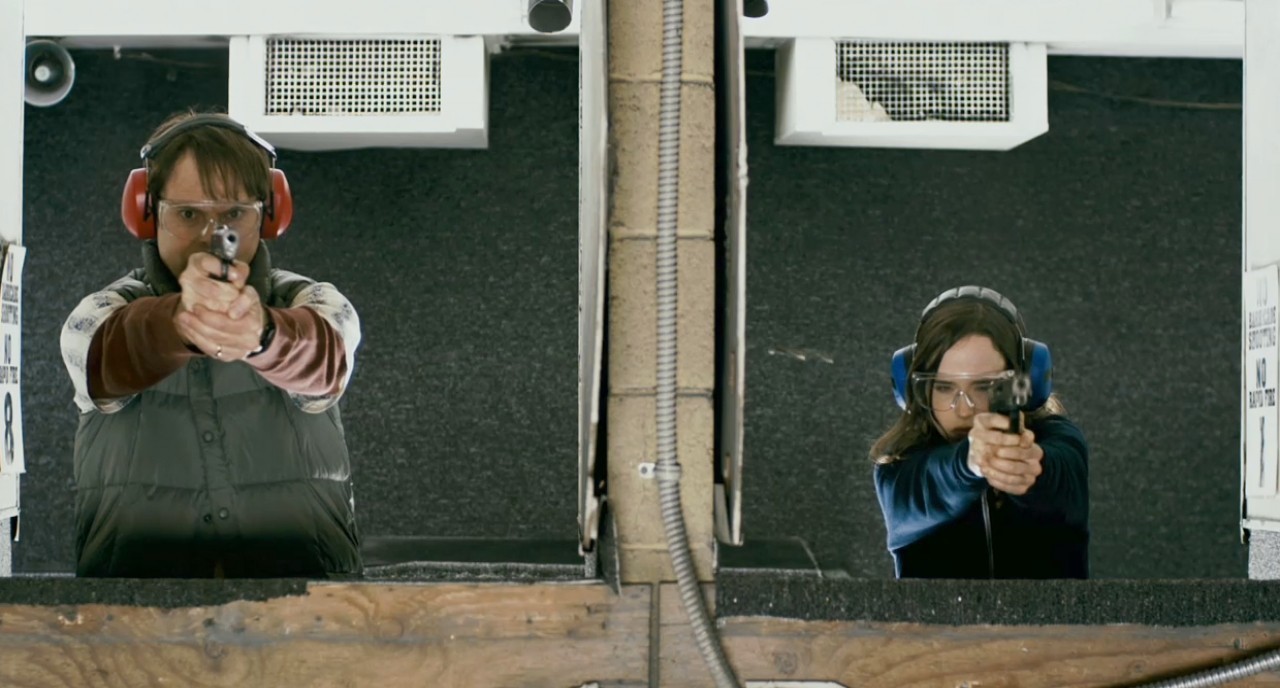 This then may go all the way into an entire culture of fetish for Lolita fighters/assassins, which then leads to human’s fondness of youth and historical early marriage ages… Let’s not go into that. Then for one montage of the film there is reference to the genre of road movie, accompanied by “Let’s Get Away from It All”, a song of distinct nostalgic qualities by Rosemary Clooney (Not to mention how often have we see light or soothing music accompanying slaughter scenes). These serve to add senses of feeling lost, reminiscence and contrast to the film.

Then there are others that are more of salutations than intentional references for added meanings, such as the exploding head against windshield (compared to Pulp Fiction).

All in all, this film serves as an example of a piece of media which at the same time responds to, references to, and comments on established codes and past pieces of media works, at the same time leaves potential for future addresses and answers to the film itself. Finally, let us conclude with a video that comments on this film.