The linguistic skills that develop through childhood, which permeate our culture, media and digital technology are often overlooked in judging media and communication processes. At the same time, the way we interpret boundaries of language in media and how we use sociolinguistics as a cultural identifier goes beyond tthe innateness Chomsky proposes. Two recurring concepts that struck me were the analysis of human language and technology and the formation symbolic systems with sociolinguistics. The examples of word play and the speed in which human cognition can affirm and respond in forming a “coherent”  assemblage found in Pinker’s “How Language Works” was fascinating in understanding the part semantics plays in differentiating human and computer interaction. Pinker gives several examples of the Turing Machine and other human/computer experiments that demonstrate a computer’s or artificial intelligence agent’s inability to “sound human” when attempting to understand abstract concepts that come more naturally in human comprehension and response in making sense of language.

The video below gives a comical and extreme example of two AI systems attempting to have a conversation with each other. While both are “aware” that the other is a robot, it does show that there is more at work than words and grammar. The nonsensical nature of the conversation displays the the power of the faculty of language in how humans comprehend word/grammar meaning and its context all in a manner of seconds.

I found Pinker’s notions that “language conveys news” and that “language makes infinite use of finite media” to be extensions of the idea of creating our “humanness” through symbolic meaning. The AI bots attempt to convey an informational conversation but fail to recognize semantic components of the other because they are programmed pieces of technology. While AI’s could continue making infinite sentences, they would do so out of memory or program, not in the same cognitive or meaningful way in which a human constructs sentences, behavior and in some instances, reality. However, as digital technology and AI are continually improved, it will be interesting to see if it is possible to create an artificial being that can copy the innate capacities of language that Chomsky believes we are born with.

The second concept that struck me was the effect of language and how all its components of grammar play into the field of sociolinguistics where our cultural, societal and individual identities are formed. This focuses less on Chomsky’s theories than those that account for the structure and function of a language in society. A recent article from my home state of Texas displays the nature of cultural associations through linguistics.

Is the Texas Twang Dyin’, Y’all? Other Accents Blend In.

This article brings up a number of interesting points and questions that coalesce with this week’s past readings.To some of those who live in Texas and other parts of the south, this “southern slang” represents a way of life and sense of identity of belonging to the southwest.However, these seemingly innocent phrases take different meaning for others who finds the grammar to represent an antiquated less educated form of language that can symbolize a number things such as conservatism, backwardness and cowboys among other stereotypes. This example goes to show it is more than the simple ability to learn a language or regional dialect, but the semantics of how we interpret the users in society. As the article points out, politicians and musicians have used thesouthwest or “Texan” grammatical syntax and slang to their benefit. However, these “trademark” linguistics phrases are, according to the article, being homogenized by the media as well as by the influx of new Latino populations to the area. As linguistics creates meaning between individuals and in  the media, the idea of technology reshaping our perception and learning of language is an interesting concept. So is the process of diverging and growing populations slowly coming together to form new dialects, such as the Spanglish that I heard so commonly in my hometown of El Paso.

Linguistics appeals to me beyond Chomsky’s dissection of grammar and innateness, but as the overall cognitive focus of how live our daily lives in communication with others and in forming our identity, Additionally, it is intriguing to see how language and linguistics is the basis for all functioning technology when you look at code in addition to the attempt to reproduce human linguistic capabilities through our technologies

*On a personal note, I still occasionally say y’all and use the word “wrangle” in conversation and emails. However, the biggest response I have gotten since moving from Texas to Washington DC has been “Oh, you don’t have an accent, you talk like a normal person.” 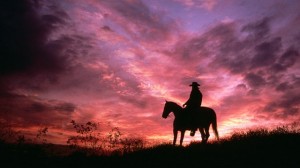