Davis Foulger argues that Shannon’s model for communication processes functions well enough as an introductory model, but it may be time to turn to alternative models in order to accommodate for newer forms of technology and media. He writes that Shannon’s model is too basic and abstract in light of how people selectively consume and interact with media today (Foulger 1). Additionally, Ronald Day concludes in his piece that the linear conduit model is reminiscent of a Cold War era way of thinking about communication (Day 10). One of the more recent phenomena that may require a more complicated diagram than Shannon’s is the rapid growth of fandom within the Internet sphere. Fandom is composed of a large, varied, and sometimes hierarchical network that does not function as a simple linear route through a transmitter.

Foulger goes on to explore alternative communication models that have been modified over the years since Shannon published his diagram. The ecological diagram attempts to fill in the missing aspects from older models that seem to demonstrate an “injection” of content into the consumer (Foulger 2). Foulger’s diagram, on the other hand, positions “creators” and “consumers” as the main actors within a process through which messages are conveyed and interpreted within media content (Foulger Fig. 6). 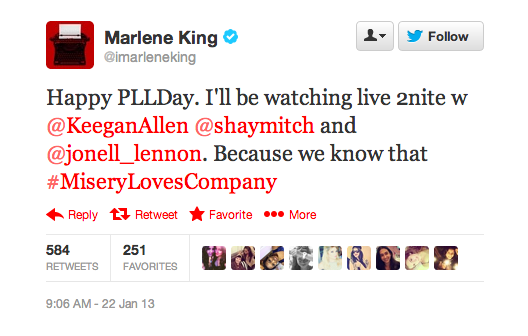 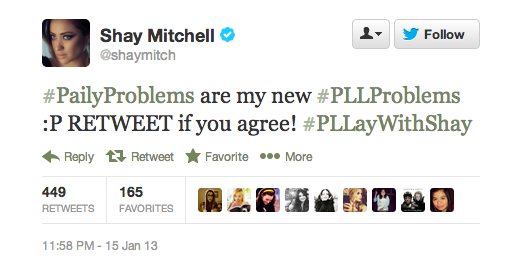 Twitter has opened up a channel of communication between media producers and consumers that had not existed previously. Writers, producers, and actors of a television show often “live-tweet” an episode along with fans as it airs. Fans may ask questions and convey their opinions of the show directly to the people who created it. These creators become aware of the culture of their particular fandom, and may even incorporate fans’ ideas and popular romantic couple portmanteaus. For example, every Tuesday night actress Shay Mitchell utilizes the hashtag “#PLLayWithShay” in order to interact with fans while they watch the newest episode of Pretty Little Liars. Occasionally the show’s creator, Marlene King, will join in and answer fans’ questions. Using the ecological model as a guide, Marlene King produces messages through the medium of television that fans then willingly watch and interpret. Fandom produces its own messages that reflect their interpretations of Pretty Little Liars, and the creators may then willingly consume and interpret those messages through Twitter. The two people involved – creator and consumer – develop a relationship (although not always a direct one, as Foulger is quick to point out) through these interactions. However, this cycle neglects activity within fandom. 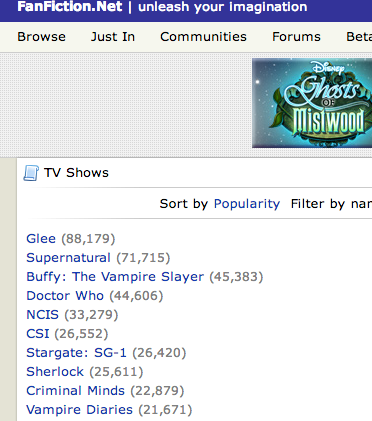 A screenshot of FanFiction.net, which allows users to peruse fan-written stories about their favorite shows (www.fanfiction.net) 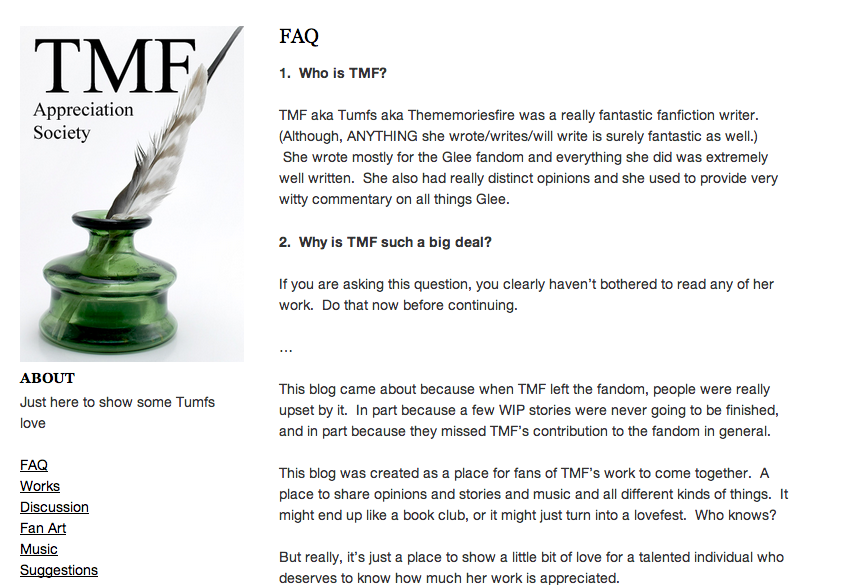 A screenshot taken from a tribute blog to a well-known fanfiction author (http://tumfslove.tumblr.com/).

The ecological model posited by Foulger may be too simplified to apply to examples of communication that occur within fandom. Foulger’s model demonstrates the intersection between people (creators and consumers), messages, language, and media. There is an arrow that indicates the existence of “relationships,” but does not further demonstrate how convoluted relationships amongst consumers (or fans, in this case) can become. Fandom sometimes utilizes what Stuart Hall may label a “negotiated position” in regards to the media that they consume (Hall 516). Fans may interpret and accept the messages conveyed by creators, but they also create their own forms of media in order to correct or explore other messages that they find lacking in the creator’s content. For example, oftentimes fans believe that two characters should be romantically involved, or that there is not enough LGBTQ representation within a creator’s work.

These grievances can manifest through fanfiction, fanart, fanvids, etc. Other fans consume this fan media, and some fan creators have become prominent figures within fandoms due to a particularly well-produced piece of fanwork. The most successful fanfiction writers are those like EL James, who adapted her Twilight fanfiction for mainstream publication. Others are simply known by their author names on websites such as LiveJournal and FanFiction.net. These authors produce their own messages through media based on media that they had previously consumed along with their fellow fans. They seem to enter into a more complicated model of communication that is still connected to the process of consuming the original content. Some fanfiction writers even appear as featured guests at fandom conventions. Their work blurs the line between creator and consumer. 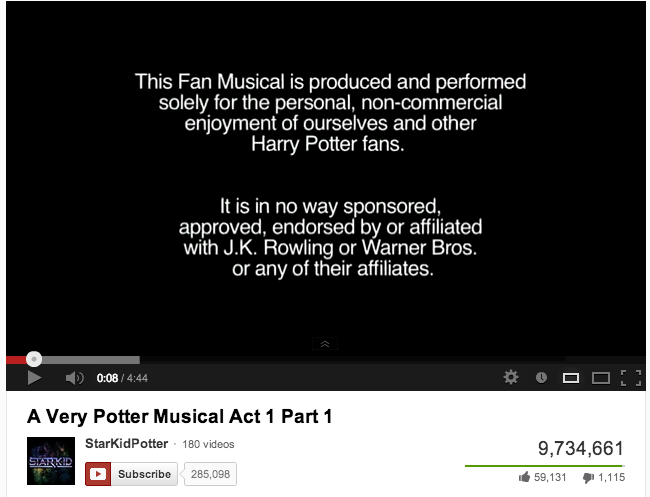 Screenshot of A Very Potter Musical, which you can view here.

This is an entirely different communicative process that may take place without the direct knowledge of the original creators of media content. For example, JK Rowling produced the Harry Potter book series which was then voraciously consumed by her fans. They read the books and interpreted messages conveyed through the books. However, there is also a considerable amount of media and other content produced within the Harry Potter fandom. A Very Potter Musical is one of the most popular of these fanworks, and seems to have its own sub-fandom. The creators of the Musical are members of the Harry Potter fandom and fit into the ecological model as consumers of Rowling’s messages. However, they departed from the plot of the text and produced their own works based on her creation, which were then consumed and interpreted by other Harry Potter fans. It is unclear if Rowling has consumed this piece of fan media, so there may or may not be a full cycle to be made from fan to creator in this instance. Therefore, perhaps the ecological model could be expanded to account for fandom communication that occurs across mediums and may never actually come back to the creator.

Floridi writes in his first chapter of Information that we are entering into a fourth revolution. Our reality has become informational, and the divide between digital and analogue is quickly becoming blurred (Floridi 12-18). Fandom may have previously functioned only within physical spaces and through fanzines. Now, however, the rapid development of the “infosphere” has reorganized the relationships both between fans and creators and amongst fans. Foulger’s diagram reflects these changing relationships, but may not account for all of the communicative activity occurring within online fandoms. Taken a step further, the mixing of different mediums throughout this communication process (from television to Twitter, or from film to FanFiction.net) may have its own impact that requires further exploration.

Day, Ronald E. “The ‘conduit Metaphor’ and the Nature and Politics of Information Studies.”